It's time to rift. 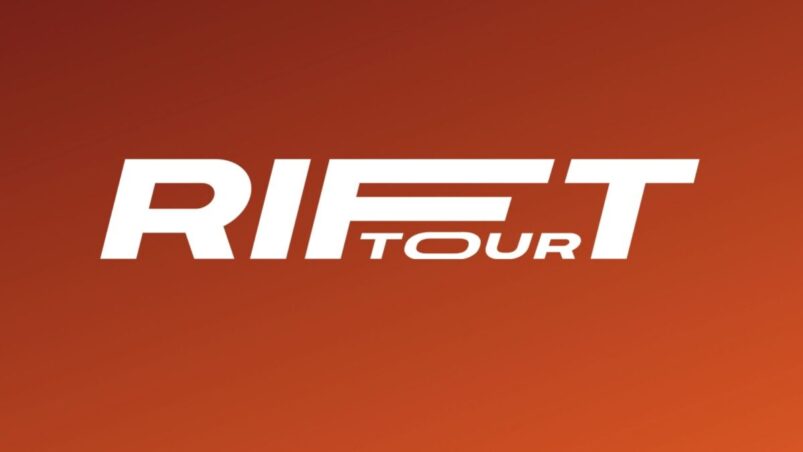 It’s a busy time to be a Fortnite fan with plenty of very ambitious rumours and leaks floating around, as well as the game getting a steady stream of crossovers and updates. Rift Tour is the newest event coming to Fortnite, and may just herald the debut of Ariana Grande as well.

Here’s everything you need to know about Fortnite’s Rift Tour during Season 7, which will also come with Rift Tour challenges that give you free rewards. It also seems as if it’s going to be hosted by DJ Bop, a previously unreleased skin.

Here are all of the Rift Tour Challenges that will be available in-game:

Interact with the Rift Tour posters (1)
Have you heard the Rift Tour is coming to the Island? Check out these posters!
Reward: Rift-sterpiece Spray

Use an Alien Hologram Pad on top of the Party UFO(1)
Check out the device on top of that Party UFO! And bring a friend for backup.
Reward: Cloudy Kitty Emoticon

Save the Date in the Rift Tour tab and play a match (2)
Are you coming to the Rift Tour? Save the date, and learn the layout!
Reward: Cosmic Cuddles Loading Screen

All of these Rift Tour challenges are fairly straightforward as the game will pretty much be guiding you towards all you need to do to take part in the Rift Tour event.

Here’s a closer look at all of the Rift Tour rewards, which are available for free.

“Express yourself on the battlefield.”

Looks to me like Cuddle Team Leader is having one heck of an afternoon here.

It’s not clear whether these cosmetics will be available only during the course of Rift Tour, but that has been the case in the past.

When Does Rift Tour Begin?

Fortnite: Rift Tour will begin itself at a later date, but these challenges will be available from 11AM EST on July 29th, 2021.

It’s unclear how long these Rift Tour challenges will be available for, though they should take around fifteen minutes to complete at the very most.