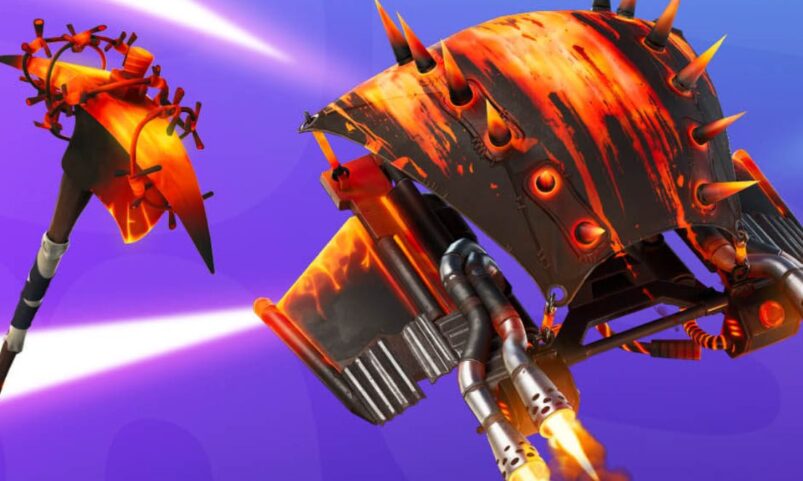 Following successful incarnations in the past, Epic is once again returning Refer-A-Friend for Fortnite: Chapter 3 – Season 4, this time under the name Reboot Rally, giving players the option to earn free cosmetics from the Renegade Flame Set.

Reboot Rally is really Refer A Friend by any other name, as it asks you to get your old friends back into Fortnite and gives you free rewards for doing so. Play Fortnite with your friends and earn cosmetics for nothing but your time is a pretty good incentive, and it must work wonders for Epic as this is the second time such a program has cropped up this year already.

Here’s everything you need to know about Fortnite Reboot Rally for Chapter 3 – Season 4, including how you can sign-up, what you can earn, and a full explainer of how it works.

In Reboot Rally, players simply have to play Fortnite with at least one friend who has played Fortnite for less than 2 hours before September 18th, 2022, or has never played the game before. You can actually team up with up to three players for this event.

When you party up and play with these lapsed players, you will earn points by completing Reboot Rally quests. These points will then help you unlock the free Reboot Rally rewards from the Renegade Flame Set.

Reboot Rally quests typically involve you completing regular daily quests alongside your friend, but you do earn some points for simply joining up with them, which gives you 50 points.

However, the vast majority of the Reboot Rally quests simply ask you to complete matches and earn experience. One questline asks you to earn 80000 XP across most of the modes available, with the amount of XP required getting progressively harder from there.

You don’t need to complete all of your Reboot Rally quests with the same friend and will earn points and quest progress for simply playing with any “rebooted” players.

Below are the rewards for taking part and earning points in Fortnite Reboot Rally:

The Barb-B-Q Emoticon should become unlocked as soon as you “sign up” to Reboot Rally and play alongside a lapsed Fortnite friend. 200 points nets you the ultimate prize, the Fiery Descent Glider.

Bear in mind that all of the Reboot Rally rewards that make up the Renegade Flame Set may actually be released in the Item Shop down the line as they aren’t exclusive.

Players don’t actually have to sign up to Reboot Rally, which is a change from most of these events. Players just have to go to their friends tab, then select the Reboot Rally button at the top.

This brings up a list of inactive players who are eligible to take part in Reboot Rally.

Then, select “rally ’em back” on an eligible friend to invite them to learn more about Reboot Rally.

However, you actually don’t need to rally these players, as simply partying up with them will help you to start earning points and progress.

Reboot Rally can be taken part in by anyone across any platform that Fortnite is supported on. Feel free to share fn.gg/reboot-rally with anyone who’s interested in Reboot Rally to tell them all the details they need.

When Does Fortnite Reboot Rally End?