Fortnite: How To Unlock The Gold Lara Croft Skin 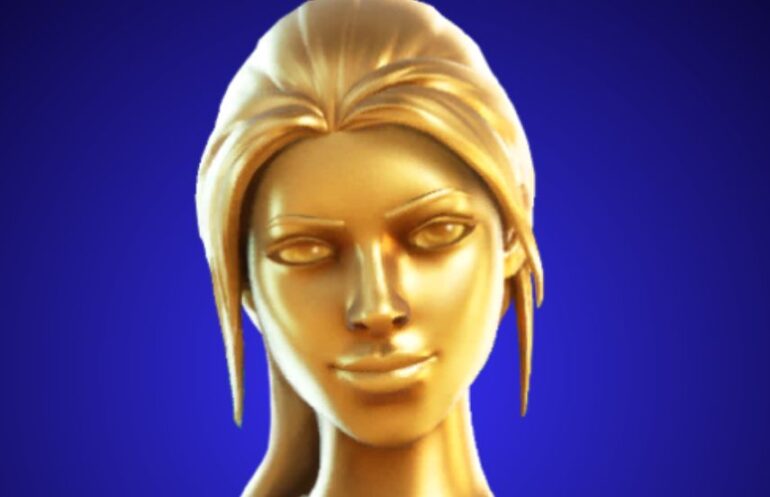 Since being in the files since the start of the season, there’s been a little bit of mystery surrounding the Golden Lara Croft skin in Fortnite: Season 6. That is, until the release of the v16.40 and a brand new POI on the map.

To unlock Gold Lara Croft in Fortnite, you must complete the “acquire golden weapon from island ruins” quest, which should be available as long as you’ve completed all the Lara Croft quests to date and are wearing the Lara Croft skin. Any style will work for the purposes of this quest.

Here’s how you unlock the gold version of Lara Croft, known as Lara Croft (Gold Anniversary), in Fortnite.

Here’s where the island ruins are on the map:

To complete the quest, you have to pick up the gold (Legendary) SCAR found on Orelia’s Isle, circled in red above. Orelia’s Isle is just to the south of Flush Factory.

The Assault Rifle itself is on top of what looks like a crypt. You can also talk to Orelia, an NPC, but she doesn’t have what you need.

Orelia is the brand new female Oro skin for Season 6, the golden skeleton skin who’s become a bit of a fan favourite. It’s not clear how they will work within the lore, if at all, but at least they have their very own island. You can find out more about them at fn.gg/LadyOrelia.

It’s interesting that this is the method for unlocking Lara Croft’s gold skin in Fortnite, seeing as how it was initially believed that it was to coincide with Tomb Raider’s anniversary celebrations. You will have until the end of the season to complete this challenge.