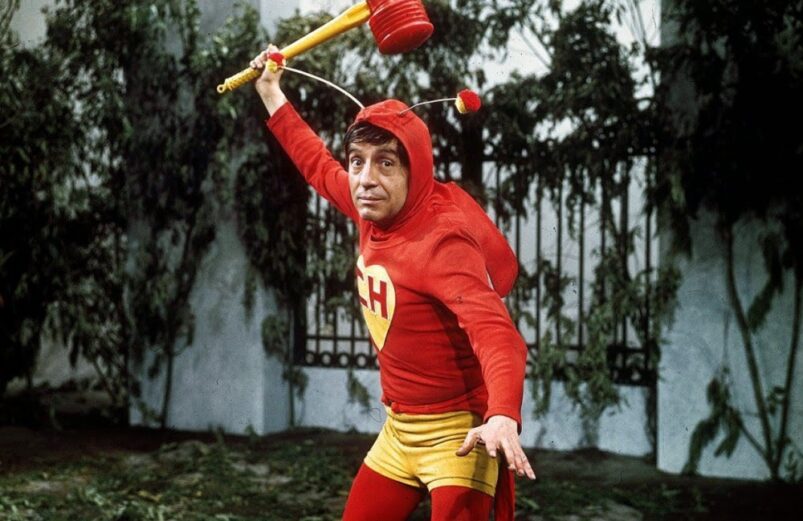 Fortnite is one of the biggest games in the world and has been for many years, and it seems like their South American fanbase might be very happy with a new skin on the horizon: El Chapulín Colorado.

A massive property over in Brazil and Latin America in general, El Chapulín Colorado isn’t a name that a lot of Fortnite fans or most Europeans will be familiar with, but it’s hard to undersell just how big a crossover this might be. After all, just because something isn’t that popular within your own bubble, it doesn’t mean that it isn’t popular at all — loads of people think Fortnite is a dying game (it isn’t) when they and their friends no longer play it, for instance.

Here’s everything you need to know about El Chapulín Colorado, a motherhecking Brazil reference, in Fortnite.

Multiple Spanish Content Creators have posted these 5 images which seem to be teasing a "El Chapulín Colorado" collaboration skin in Fortnite soon!

It is a Mexican television comedy series. pic.twitter.com/IkMZuVXMkj

El Chapulín Colorado (English translation “The Red Grasshopper”) is the name of a Mexican TV show that ran from 1973 to 1979 but has a legacy that extends far beyond that, with an animated show version releasing as recently as 2015.

Following the titular El Chapulín Colorado, the show is a parody of superhero media and follows a bumbling hero who is just trying his best while looking nothing like the squeaky clean mainstream superhero image. Superman, he ain’t, but that’s partly why he’s so beloved.

El Chapulín Colorado served as the inspiration for The Simpsons’ Bumblebee Man, and there’s even an animated and live-action movie adaptation currently in production. It’s a good guess that we’ll be getting some kind of news on both of those fronts as part of this newest collaboration.

The crossover will also include the Paralizatrón CH-3000 Back Bling and Chipote Chillón Pickaxe, as well as the ¡Que no panda el cúnico! Emote.

The El Chapulín Colorado skin costs 1200 V-Bucks, which is a lot cheaper than most crossover skins.

As for what price the complete El Chapulín Colorado bundle will go for, that will set you back 1600 V-Bucks for everything within the set.

Players can also by default reskins in an El Chapulín Colorado costume for 800 V-Bucks apiece, or the whole lot of either male or female skins for 2000 V-Bucks.

UPDATE: El Chapulín Colorado and all of the other skins will be landing on November 1st, 2021 at 8PM ET.

ORIGINAL: Fortnite’s Spanish language Twitter accounts have already started to tease the crossover, so it’s highly likely that the El Chapulín Colorado crossover will happen sooner rather than later.

Fortnitemares is just wrapping up as we write this and there’s still one horror crossover skin left to release, so it likely won’t arrive until after October 29th, likely October 30th at the very earliest.