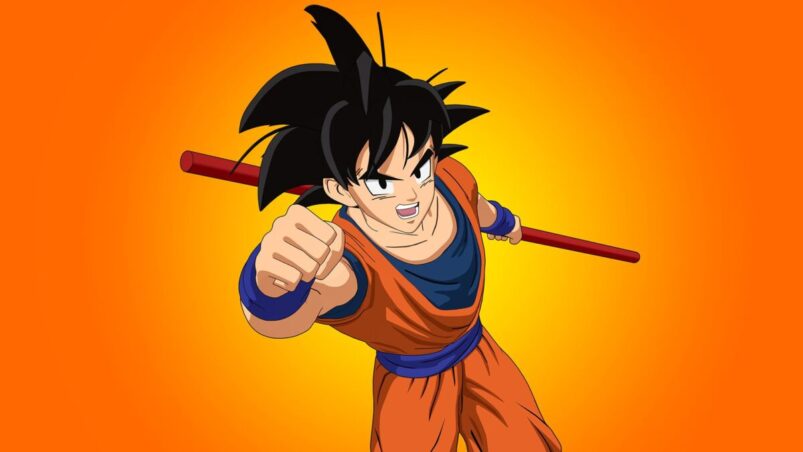 Fortnite‘s quest to be the biggest game in the world is never-ending, with Epic collaborating with a lot of properties over recent years. We’ve already had the massive anime smash Naruto as a crossover (twice), but now it looks like it’s the turn of the anime: Dragon Ball Z.

Well, Dragon Ball Super (the follow-up to DBZ) technically, but everyone still refers to it as Dragon Ball Z or just Dragon Ball anyway.

For those not in the know, Dragon Ball Z is seen by many to be the anime, the series that really made anime find an audience in the west after Dragon Ball before it arguably laid the groundwork. Following the Saiyan Goku and his friends, Dragon Ball Z starts off with some unwelcome invaders to Earth, who never really go away. DBZ is renowned for its massive fights, huge scale, and unforgettable characters, though is criticised for too much filler. That hasn’t stopped it from receiving worldwide popularity, however.

And now, DBZ is officially coming to Fortnite as the latest tentpole anime crossover. A collaboration with Dragon Ball Z makes a lot more sense than you might think too, especially as it has such a broad demographic.

Here’s everything you need to know about Dragon Ball  coming to Fortnite, including the skins, prices, and everything else.

UPDATE AUGUST 16th, 2022: The Dragon Ball collaboration has been officially unveiled. Here are the Dragon Ball skins you can get your hands on, as well as their styles:

There are no alternative styles for Beerus.

UPDATE: The Dragon Ball Z collaboration has officially been announced, with the crossover taking place from August 16th, 2022.

This tweet became Fortnite’s most liked tweet ever in roughly thirteen hours or so, proving once again that Fortnite doesn’t Shenron’s wishes to come back to life — it’s never died.

On August 14th, 2022, less than twelve hours before the update with the Dragon Ball content was added, the first (very grainy) leak of the skins was shared by @NotPaloleaks.

This leak seems to confirm that Goku, Vegeta, Bulma, and Beerus will be the Dragon Ball skins coming to the game.

The below is a Loading Screen that has already been revealed to tease the collaboration.

It’s expected that a small island currently on the map will be taken over to reflect the collaboration and be renovated to look more like the Kame House.

ORIGINAL STORY: As mentioned, neither Epic or Toei (the people who produce DBZ) have announced the crossover, so a lot of the info we have is based on insider info.

Leaker and Fortnite news account ShiinaBR was one of the first names to mention the collaboration, with it apparently having been in the works for the past year. News went quiet until the v21.20 update, which included some DBZ files.

The files in question is a bottle asset with Capsule Corp written on it, which is a company featured across almost all Dragon Ball media, including the earlier series.

Then, later as part of the v21.30 update, a glider asset was found in the files that point towards one of the anime’s Attack Pods being sold as a glider.

As spotted by @FN_Assist, it looks like one of the Attack Pods from Dragon Ball. pic.twitter.com/4xrc0wuj2l

Epic can’t just put copyrighted material in their game with no reason, so a DBZ collaboration is almost certainly inbound, including skins.

In terms of how much they will cost, each collab skin seems to go for around 1500 V-Bucks, so many expected the same for the DBZ skins. However, there’s quite the range of prices for this collaboration, probably due to how many styles each has:

It’s interesting that Beerus costs 300 V-Bucks more than Bulma even though Beerus doesn’t have any extra styles.

The Dragon Ball collaboration is set to start from August 16th, 2022. This is three days before the new movie, Dragon Ball Super: Super Hero, will release, so it makes perfect sense.