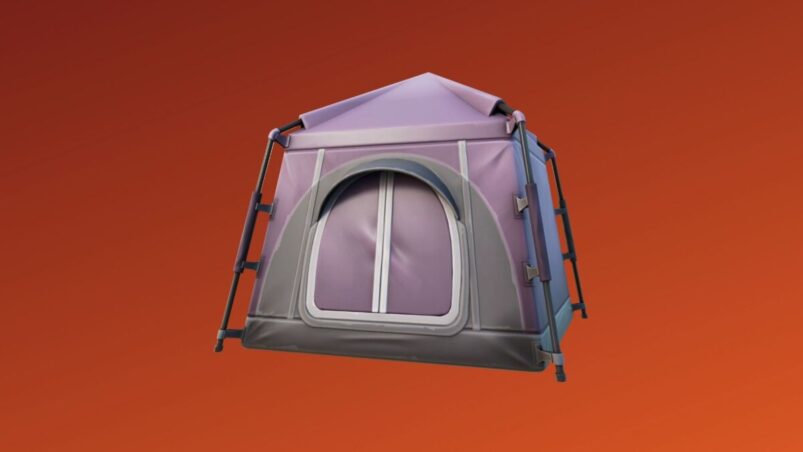 Fortnite: Chapter 3 boasts an absolute tonne of new mechanics and features to go alongside the new map. As well as the Victory Crown, there’s also tents. Doesn’t sound quite as exciting, does it?

However, tents have the potential to switch up the game even more, especially when it comes to squad and team-based modes as you can even make camps.

Tents are a new item in Fortnite that allows players to store specific items inside to then be used in subsequent matches.

For instance, if you want to reuse a Legendary Hunter Bolt-Action Rifle in the next match, you can store it in one two tent slots. You can even spend Gold Bars to buy a third slot in your tent. Find a tent item in the next match and then you can take the rifle out and use it again.

Players can also lock their tents so that nobody else can use them. As well as that, tents can be used to hide inside like hay bales and dumpsters from Chapter 2. However, unlike those, players can also rest in tents to recover HP. Once they’re done using it, players can even take the tent down again and carry it around.

Other players in your squad can even use Gold Bars to buy their own tent from within your tent.

Once the tent has filled its purpose, it will then become an abandoned tent.

Bear in mind that not every single item will be able to be retrieved from your tent stash if you are playing in specific modes.