My First Rugby Match: The Sporty Guide for Not So Sporty Girls 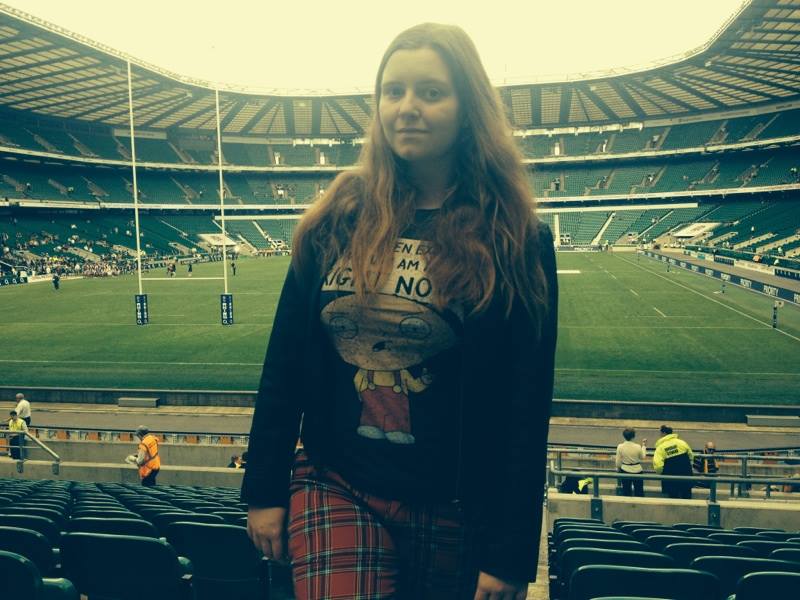 I need to make one thing clear from the outset: some girls are very sporty people who know their stuff. I saw plenty of women at the England V Barbarians Rugby match at Twickenham. I’m just not usually one of them.

I blame my Dad for this. My Dad, you see, is a West Ham United fan. This means that my early exposures to sport involved losses and heart ache and personally not being any good at actually playing them, sport has somewhat passed me by.  I have, however, been around a lot of events. From working at the Grand National in Liverpool to volunteering at ExCel for the London 2012 Olympics. So, it became clear to me, that at some point I would need to experience being a spectator at a live sporting event for myself. That’s why when my friend asked, I didn’t hesitate to say yes.

(Well…that and watching muscular men run up and down a pitch sounded like way too good an opportunity to miss!)

In the end I had a really enjoyable time and hopefully I’ll be back. Unfortunately, both teams I was supporting (Cornwall and England) lost their matches but this was a really great way to get me interested in sport and I can’t wait for my next time.