The First Nintendo Direct Is Like A Bizarre Time Capsule 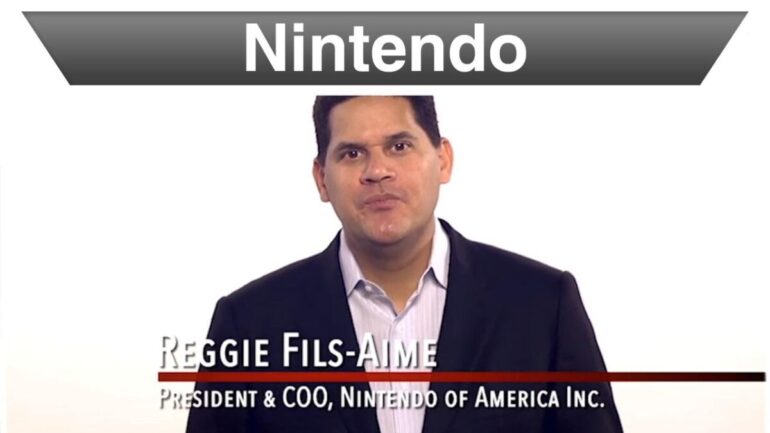 The Nintendo Direct has become a key part of Nintendo’s marketing strategy: a bitesize digital showcase advertising a smorgasbord of content coming to the big red brand’s fleet of consoles in the near future. We’re a few days away from the next one taking place at E3 2021 on June 15th, which looks set to offer another 40 minutes of bombastic announcements and more than just a smidge of disappointment for those fans who let expectations run away from them. An F-Zero GX port probably isn’t happening, is it?

However, the concept for a Nintendo Direct didn’t just crawl out of the primordial ooze with a ready-made, winning formula that’s easily imitable. What we know now as a Nintendo Direct has been refined and perfected over the course of a decade, with the first ever Nintendo Direct premiering on YouTube back on October 21st, 2011. A simpler time, and looking back at this first Direct now, it feels like you’re opening a very bizarre time capsule.

Perhaps the strangest thing about the whole Direct is that it’s completely hosted by then Nintendo President and COO Reggie Fils-Aime, who spends 7 and a half minutes talking to camera about the latest developments in the world of Nintendo. It’s like we’re watching a well-spoken man read Nintendo’s latest patch notes for a few minutes. The seamless presentation and overall packaging of a Direct that we’ve become so accustomed to is nowhere to be found.

If this Direct was to be presented in 2021, most fans would likely be disappointed. The first confirmed announcement is that Hulu Plus would be coming to both the Wii and Nintendo 3DS, which is arguably ahead of its time given how prevalent video streaming subscription services have become. Reggie follows that up with a 3DS system update announcement, along with something about 3D cameras and a Shrek music video. I don’t know, I’m too busy being distracted by Reggie’s incredibly shiny chin.

Breezing past a random mention of Foster The People, it’s taken three minutes and 28 seconds before the Nintendo eShop gets mentioned, with four Nintendo published games announced for the 3DS: FreakyForms, Pushmo, Dillon’s Rolling Western (which actually debuted at 2011’s E3) and Swapnote, a companion app that let you send drawn cards to other players via StreetPass. It’s hardly groundbreaking stuff, but even the Directs of today have those filler entries. Still, there was probably someone out there in 2011 who was incredibly excited about Swapnote.

After all that, Reggie name drops Pokémon Rumble Blast, named Super Pokémon Rumble in Europe, which was set to launch in the US just three days after the Nintendo Direct aired. A top-down beat ‘em up, Pokémon Rumble Blast saw players collecting toy Pokémon and using them to beat up other toy Pokémon. It’s certainly something. To be honest, I didn’t even know that it was a game before researching this piece.

The Direct goes on to mention Super Mario 3D Land, the first ever 3D Mario game on the 3DS that would launch a few weeks later, along with Mario Kart 7 and The Legend of Zelda: Skyward Sword, all previously announced games that’d be available to play on their respective Nintendo platforms by the end of the year. The first Direct certainly managed to nail the premise of finishing strong, with three big Nintendo games closing out the presentation, but they’re all known commodities not far from launch.

The Direct also features some artifacts from what it meant to exist on the internet over a decade ago, as it promotes an exclusive sit-down interview with the late Satoru Iwata talking to the development staff behind Mario Kart 7, that’s only available on Nintendo.com. Back then, it seemed like companies weren’t completely sold on the premise of YouTube, and would rather direct the consumer to something more homegrown. Now, YouTube is ubiquitous, for better and for worse. At least Nintendo set up their end card to have proper YouTube annotations, a holdover from an older version of a service that’s become hard to recognise.

From this first Nintendo Direct, the presentation feels more like a newsletter briefing on what’s current with Nintendo or what’s on the immediate horizon, rather than a showcase of Nintendo’s future. With hindsight being 20/20, we know that Nintendo didn’t have a lot of good reasons to look forward to the future, what with the Wii U being a colossal flop for the company. At least now, Nintendo’s future seems to be a lot brighter, especially after the success of the Nintendo Switch and its fantastic first-party games like Mario Kart 8 Deluxe, Animal Crossing: New Horizons and Super Smash Bros. Ultimate.

Unless there’s no F-Zero news. In that case, you have it coming.