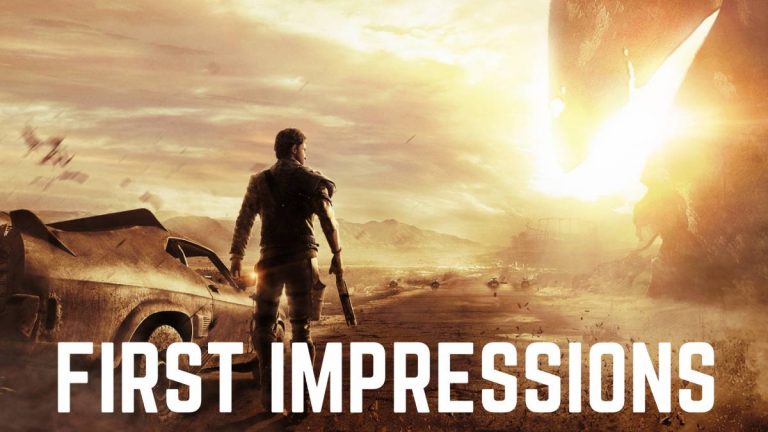 This article is spoiler-free and serves purely to cover some of the gameplay mechanics and performance levels experienced in Mad Max during a six hour playthrough. A full review will be published later in the week.

Some people might have raised an eyebrow when it was announced that Mad Max would be going head-to-head against Metal Gear Solid V: The Phantom Pain on the same release day. In many ways, those people were right to do so.

It’s not because Mad Max is particularly a bad game. In truth, it’s actually fairly excellent and has plenty to get excited about. It’s just that in comparison to Kojima’s masterpiece, it pales considerably in many aspects. If both games were snacks, MGS V would be a Lion bar and Mad Max a Blue Riband. The former is an aggressive, wholesome food with plenty of ingredients, whereas the latter is a far lighter but still quite tasty treat.

From the offset, Mad Max tries to fight you. The camera is wildly unpredictable and likely to betray you at the slightest touch and the controls are also difficult to comprehend to begin with. Once I grew accustomed and learned to work with both of these, they didn’t hamper the experience as much, but still detracted from my immersion every so often when I would sit agape in my car wondering which button made the things come out. 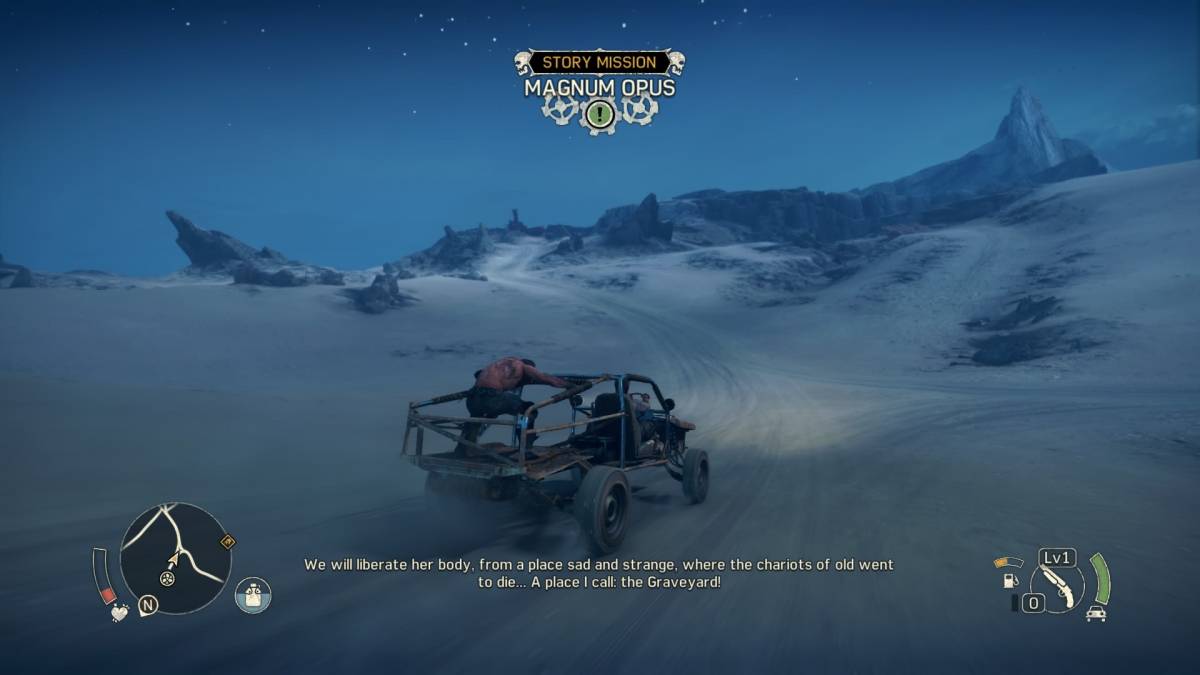 On the topic of cars, the main objective of the game so far seems to be simple: soup up your rustbucket. The Mad Max films have never been about layered, rich plots and it seems to have transferred over to the world of gaming too – all you need to know is that if that person looks bad, you will probably have to run them over. This isn’t a criticism, it’s genuinely refreshing to play something which isn’t trying to spin a Lovecraft knock-off and call it a plot.

The mechanics are much like many contemporary open-worlds, coming across as a mixture of Far Cry, Rage and Just Cause, which Mad Max‘s developers, Avalanche Studios, are also responsible for. There’s a satisfying blend of vehicle combat, base capturing and landmark discovery, as well as some stranger encounters which usually result in rewards. Despite being situated in a wasteland, there’s no shortage of things to see and do here. 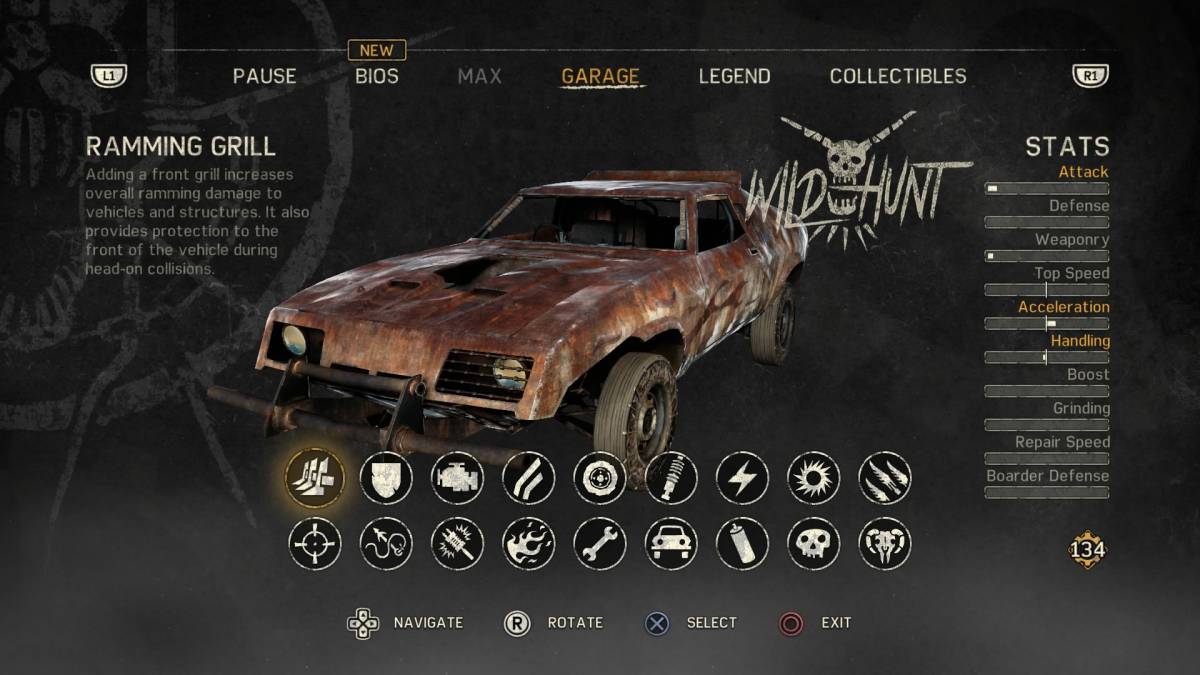 Say what you want about WB Games, but they really know when they’re onto a good thing. They must have sent a memo to Avalanche Studios with two words written with regards to combat: “copy Rocksteady”. It’s far less refined and not half as satisfying as in Arkham Knight, but then again, Max is just a regular guy and not packed to the tits with gadgets and martial arts training.

Mad Max really comes into its own with its customisation options, however. Although my short playtime so far has only teased how much I can alter Max and his vehicle, it looks like it might be a satisfying road to take to build up my assets and take on the War Boys at full strength. Despite sinking a few hours into it so far, it is still very keen on holding my hand through the early stages and is almost trying to show me too much at once, like a desperate car boot salesman. Open-world games should always gradually reveal what they’re all about over the entire playthrough, not just force it upon you seemingly during every sequence – it’s like I am stuck in a perpetual tutorial. 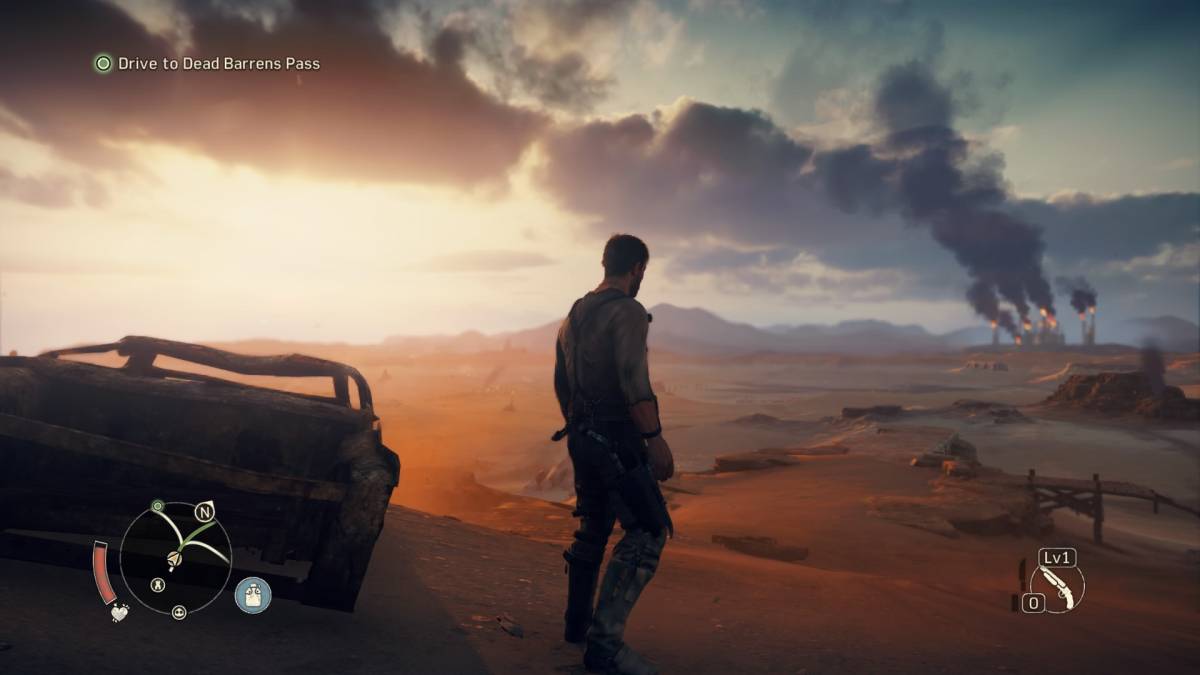 Performance wise, Mad Max certainly has its flaws. Roughly twenty seconds into the opening cutscene, the framerate dropped right down and became very choppy and there have been a few instances of it since, although nothing too distracting. Audio blips are quite frequent throughout and lead to NPCs repeating the same word three times in a row on a regular basis during conversation. Nothing major, though.

Even Mad Max‘s staunchest critics have agreed that the game looks simply sumptuous and it’s a sentiment I gladly echo. The horizons are some of the best I have seen in an open-world affair, leading to a few seconds of silent appreciation in between stabbing people in the neck. The character models are quite detailed and the small details are well looked after also.

Early impressions of Mad Max are promising, but not groundbreaking. There’s still plenty to play through, though – maybe it becomes something truly fantastic once it gets properly going. Expect a 30 Second Review before a full one from us some point soon.