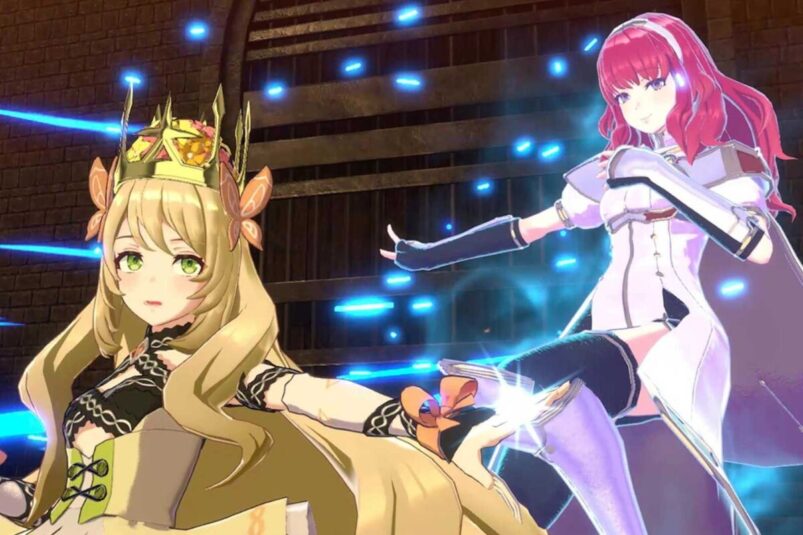 Fire Emblem Engage isn’t just about leading your party to victory on the battlefield. In most Fire Emblem games, characters can develop relationships with each other and the stronger that relationship is, the greater the benefits received when fighting together. If the relationship grows strong enough it can lead to a wedding, although not every character will be attracted to another enough to trigger this. Fire Emblem Engage’s romance mechanic does function similarly to previous entries, although it is scaled back in some areas and expands greatly on others.

How To Romance Characters

Players will need to gradually work their way up to romancing other characters. The first step towards doing this is increasing their support rank. Doing anything adjacent to a character during combat including fighting, healing and more will increase their support rank. If you’re successfully doing this you may see little love hearts popping up between them.

In the Somniel, the connection between characters can be increased by sparring or asking whoever is cooking to whip up a dish. Both are random since the player does not control who is in the kitchen or the arena, but cooking dishes allows the bond to be increased between multiple characters as Alear and two others will turn up to enjoy the finished meal.

Whilst only the protagonist can reach S-Rank in Fire Emblem Engage, everyone else can still climb to A-Rank. S-Rank cannot be reached before the end of Chapter 23 which also marks the end of the Campaign, but this moment in the story unlocks a final Paralogue called “The Connector” which gives players the Pact Ring.

The Pact Ring should be collected from the player’s bedside table and given to any ally with A-Rank support. After giving this ring to your character of choice, the player will see a cutscene which then unlocks new perks including Ally Notebook entries and an ability that activates when the two characters use an Engage Skill together. You only get one Pact Ring in the whole game, so choose your character carefully.

Finally, certain Emblem skills such as Corrin’s Quality Time and Byleth’s Lost and Found will grant extra bond ratings when used next to someone that character can increase their bond with.

Which Characters Can You Romance?

The main protagonist has some level of choice when it comes to romance, including characters of all genders marking an important step forward for inclusivity in the Fire Emblem games. Other characters therefore have their romance possibilities taken from them in order to keep the playing field even. Engage Emblems are not romanceable as they are only spirits.

READ NEXT: How To Raise Bond Level