Home
Movies
Why Do We Find Clowns So Scary?
Movies
·2 min read

Why Do We Find Clowns So Scary? 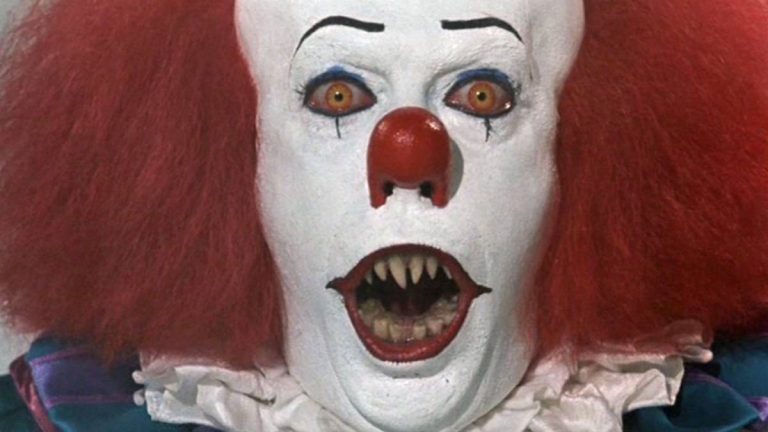 With a remake of the Stephen King classic IT on the horizon, here’s a look beyond the red noses and colourful attire of clowns.

They were the biggest form of entertainment for over a 600 years. Funny, silly, happy, giving out balloons, performing magic tricks and making birthday parties memorable.

So why are clowns emblems of horror now?

Just like dolls, the association with children and innocence seems to make clowns creepy and menacing. The idea of man hiding under a wig and a thick layer of face paint gives people the unnerving mystery of disguise as their painted grins morph into something more sinister.

During the medieval times, jesters were a great laugh in any royal court. But when you look beyond the make-up and the florid outfits, you’ll see that jesters were actually reminders of how absurd and petty we as humans can be. They literally mock the human condition and remind us of our mortality.

Many of Shakespeare’s plays feature clowns, or Fools. Bizarre and comical characters that serve to highlight the stupidity of others, causing people to question their rationale and highlight embarrassing truths through ridicule and pranks. Even the joker in a deck of cards is a mark of failure or loss if you get it in a game.

During the middle ages, it was rumoured that many jesters who failed to make their audience laugh befell a cruel and gruesome fate that involved cutting facial muscles that prevented their mouths from frowning. (Inspiration for the Joker right there!)

It wasn’t until 1836 that clowns began to bear their ugly sides when Frenchman, Jean-Gaspard Deburau, a clown who went by the stage name Pierrot, killed a young boy by hitting him with a stick after he yelled insults at Deburau. And over a century later there came the walking nightmare himself, John Wayne Gacy ‘the killer clown,’ showed his painted face. Between 1972 and 1978, Gacy was believed to have killed more than 33 young men before being caught, contrary to his beliefs that clowns could never be caught, and was sentenced to death in 1994.

But, in many parts of the world, clowns are still figures of fun and innocence, an association secured by cartoons and corporate mascots like Ronald McDonald or Krinkles.

In this day and age, clowns pose a potential threat because of the stranger danger element. A grown man choosing to dress up in a heavy colourful disguise to entertain children raises so many questions in our paranoid society.

Now we know that clowns have always had a dark side. The fear factor we associate them with stems from our childhood, traumatic experiences collaborated with a fear of the unknown, the unpredictable and the presence of disguised strangers whose motives remain hidden behind a red nose or deep inside a bottomless pocket.
Nevertheless, they are funny!