FILM REVIEW: I, Daniel Blake – Welfare in a Welfareless State 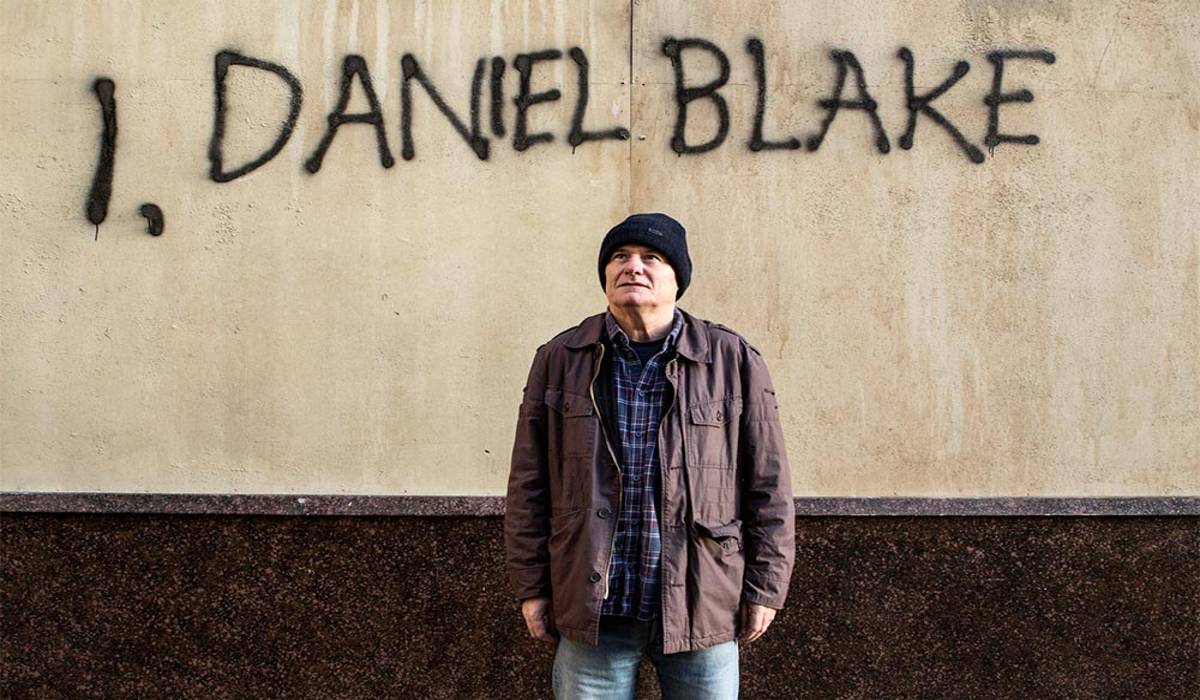 The latest Ken Loach and Paul Laverty collaboration, I, Daniel Blake, follows the harrowing struggle of an aging workman who is trying to make his way through the bureaucracy of a British welfare system that does not see a man but a number.

Set in the often overlooked north east of England, Loach portrays the brutal hardship of life as a part of the brushed aside unemployed working class. The tone of the film is set from the get go with the opening scene being the title character responding in bewilderment to the irrelevant questions he is being asked by a clearly uninterested “healthcare professional”. It turns out that lifelong carpenter Daniel Blake recently suffered a near fatal heart attack at work and that three points on a “healthcare professional’s” questionnaire deems him fit to work. regardless of being told by his doctor that currently under no circumstance is he to return to his livelihood profession. This leaves Daniel with a choice between his health or utter poverty.

Unable to claim the benefits he feels he has a right t,o Daniel is forced to navigate the endless obstacles of trying to claim Jobseeker’s Allowance by seeking jobs he is neither qualified nor physically able to do. Many of the staff he encounters are just as disinterested and full of contempt as the “healthcare professional” he encountered at the start of the film; his attempts to gain his benefits are stunted by his technophobia and the words “online” and “computer” start to come a well-rehearsed mantra by the staff he encounters further removing the humanity from the already ridged system Danial has found himself in. He claims he has never been near a computer and describes himself as “Pencil by Default” when a frustrated job centre worker informs him that online applications are the default. The callousness of the organisation is furthered when the one member of staff that actually goes beyond her station to help Daniel is met with punishment from a superior.

As the anger quietly bubbles under his skin, it isn’t until he sees the mistreatment of a young mother that finally causes his first act of defiance. This is the point where the film really begins to show an inner message that regardless of how cold and methodical the world seems to be there is still warmth among people. The story gets very character rich as he grows close to young mother Katie and her two young children Daisy and Dillan. The purely platonic bond between them leads to an almost family like dynamic with Danial taking a fathering/grandfathering role to the equally downtrodden three, helping fix up their recently acquired near derelict council house. As the bonds of this ragtag family grow, their situations becomes increasingly more dire, leading to a particularly powerful scene at a food bank.

I do not want to delve too much further into the details of plot or specifics of the narrative as I really feel this is a film that should be experienced and the audience should go through the emotions caused by the situations the characters encounter. What the film really excels at is its portrayal of people, they all come across as very real the kind of people you may encounter in day today life and I found myself becoming attached to them as their story progressed. The film is not without its humour, but it is never gimmicky or overtly jokey, more dry and natural; the sort of jokes you would expect from someone observing the ridiculousness of the situation they are in. 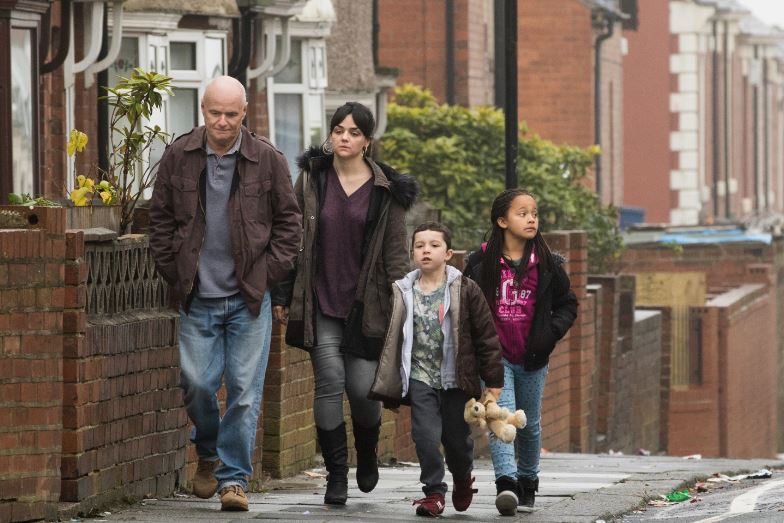 As is common with the films of Ken Loach, the politics within the film are very clear and I can see why some people may claim it to be far left propaganda as there are a few sections of dialogue that could have been pulled directly from a socialist party manifesto with characters transforming into mouthpieces for facts, figures and social critique. However, I personally feel for the most part it is a very honest film on an important subject matter that many other directors would shy away from. The film is openly anti-conservative at points and takes shots at social policy and even namedrops certain politicians at times. The choice to set the film in Newcastle Upon Tyne also comes across as deliberate to me due to its historic ties to public unrest towards the conservative party and how the north often suffers the most under austerity. The film does however address issues elsewhere in the country as Katie and her family have been relocated from their home in the London area due to immoral landlords and the lack of council housing due to the properties being sold.

In a lively post-screening discussion, Loach was called “a modern day Dickens” by a member of the audience, which was followed by the rally cry of several different party representatives and one call to arms, take away what you will from that. I feel overall the film is a very important one that everyone should see, it could probably change the world, but realistically the only people who will probably see it are those who believe in its message and not those who should the most.