Are Film Ratings Becoming Too Relaxed?

I’ve found that as I’ve gotten older, the age ratings of films and games have become less and less relevant. In my younger days films were almost defined by age restrictions and the ones I was too young for became a sort of exhilarating taboo, if I knew I wasn’t allowed to be watching something it would enhance my enjoyment of it. I remember the first time I snuck into a 12 rated film, I was around 10 at the time and it was The Mummy Returns.

It’s a below-average film to be sure but to me at the time it was exhilarating because it was forbidden. I also remember a certain pang of disappointment when the 12A arrived (more on that later) because I was suddenly no longer part of an exclusive (albeit very large) club, anybody could go and see these films now. By the time I got to 15 it didn’t matter anymore, I’d already been watching 15s and 18s for years, the only difference now was that I didn’t have to buy a ticket for Finding Nemo if I wanted to go and see Once Upon a Time in Mexico, I could just go and see it. That’s all subjective though and in a broader context you really have to wonder how the final judgments on film ratings are made.

The recent release of ‘The Hunger Games: Catching a Fire is what draws this into question. There was an element of controversy when the first film earned a 15 rating in the UK despite being based on a children’s book and now this one has been deemed a 12A. I’m given to understand that there’s less infanticide in this one since most of the contestants in this second version of the ‘games’ are all older but that some of the deaths are still pretty nasty (one allegedly involves baboons). It’s always going to be difficult to translate the kind of action you get in teen-targeted thriller novels to screen (as evidenced by the watered down and ill-fated film version of Antony Horowitz’s Stormbreaker) without hanging that very audience out to dry, but do the BBFC take that sort of thing into account? What kind of violence is deemed more disturbing, what are the parameters? If they are in fact laying back a bit more, is that a good thing?

In order to better understand this, a little bit of contextual history is in order. Most certification systems were born out of controversy; literature had Moll Flanders, music had Prince’s ‘Darling Nikki’ and games had Mortal Kombat (respectively: lewdness, masturbation and tearing somebody’s head off with the spine still attached). For cinema things were a little different, the BBFC was founded in 1912 and it wasn’t until a long time thereafter that films started getting banned (the first significant film bannings were actually accredited to the Nazi party), let alone censored. Before and during the Second World War censorship actually came into effect for the first time, but not quite in the way we know it today. Filmmakers were actually required to submit scripts to the BBFC before shooting so that it could be assured that the films would be suitable for screening once finished. At that time that simply meant that they could not show anything that might be deemed politically controversial, the home office were directly involved with this.

Meanwhile, the Americans were employing a system then simply known as the production code which was a lot closer to what we’re now familiar with, films were censored post-production as they are now but it was pretty much entirely predicated on nudity or anything that was considered sexually provocative (hell, Betty Boop had to be morphed from a trendy ‘flapper’ to something akin to a nuclear housewife to meet these standards). In the cases of both the UK and the US these rating systems were far from set in stone and there were exceptions, the BBFC didn’t even bother vetting Hollywood films for a long time, regarding them as emblematic of foreign culture. Here it eventually fell to local authorities to make the final call on what could and couldn’t be screened and who was allowed to see it (with a few exceptions garnering the infamous ‘X’ rating). In the 80’s the idea of deliberate controversy really took off with the advent of VHS. The was initially no rating system for anything on video and thus the ‘video nasty’ was born, willfully horrifying films that laughed in the face of censorship (and eventually caused the BBFC to branch into home video rating, whilst contributing nothing else worthwhile to society). The final wave of change arrived in 2002 when the BBFC implemented the 12A rating after some debate regarding Sam Raimi’s Spiderman (and to a lesser extent The Fellowship of the Ring the year before, which warranted a ‘PG – May Not Be Suitable For Under 8s’), but this was trivial in the grand scheme of things, the MPAA in the US had already been using the similar PG-13 for some time. 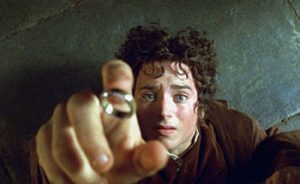 Since then it’s pretty much been par for the course, the standard six ratings apply to everything except pornography and almost nothing ever gets banned. I actually attended a seminar held by someone who worked for the BBFC some time ago and he mentioned that just about the only film they ever denied a rating during his time there was a film called Terrorists, Killer and Middle East Wackos which I haven’t unfortunately had the assured pleasure of seeing but is allegedly just a series of barely coherent scenes of sensationalism so low-brow that it makes Tromeo and Juliet suitable for a screening at the Met. The real issue is that when it comes to all the stimuli that factor into the final rating for a film, there seems to be an element of inconsistency at play. Which swear words are deal breakers, for example? You’d thing ‘fuck’ would instantly merit at least a 15 but I’ve seen a fair few 12 rating films that feature the odd F-bomb and I recall a distinct and memorable utterance of ‘cunt’ in the 15-rated 50/50. Overall though the rule of thumb appears to adhere to the maturity and context of the film in question. This wasn’t always so, Ken Loach’s Sweet Sixteen features more than 20 uses of ‘cunt’ and thus earned an 18 rating, completely cutting off the age group which the film is about and allegedly aimed at, despite being a social realist film that was simply attempting to accurately reflect the way teenagers speak in Greenock (spot on, I’d say). Nowadays films that contextualize swearing and particularly violence are looked upon more kindly than those which appear to trivialize it. Irreversible, which features a 9 minute long, uninterrupted rape scene passed through uncut while the virtuoso, cartoonish gore opera that is Ichi the Killer nearly had an entire scene lopped off.

The fact is though that films that end up getting cut down are extremely rare now and a strong case could be made for the idea that 12 and 15 rated films are a lot more violent than they used to be, regardless of how the violence is represented. The Hunger Games getting a 15 seems appropriate in my eyes since so many kids die (especially compared to the similar Battle Royale, which kills a lot more kids far more flamboyantly, at one point a human head is used as a makeshift ‘grenade-cosy’). For my money though it doesn’t really matter all that much, age ratings should be as basic a guideline as it’s possible to get and parents who are debating taking their child to a film should make use of the ever-helpful BBFC website if they’re ever uncertain, it’s down to them to make the final call. The current US rating system for cinematic releases is far more relaxed, a kid can go and see an R-rated film so long as there’s an adult with them, which I find to be a far more sensible way of doing things. I’m not suggesting that everyone should start taking their kids to see 18s or further that we do away with the whole thing, but regardless of strictness, rating systems are only ever going to be a conduit for decisions that ultimately fall to personal discretion and we should treat them as such. Now if only we could introduce a warning system for films that are awful, like a little picture of an overturned bin, perhaps with a little timeline next to it so you know exactly how much time you won’t be getting back.