Fifty Shades Freed (2018) REVIEW – We Are Liberated From This Franchise 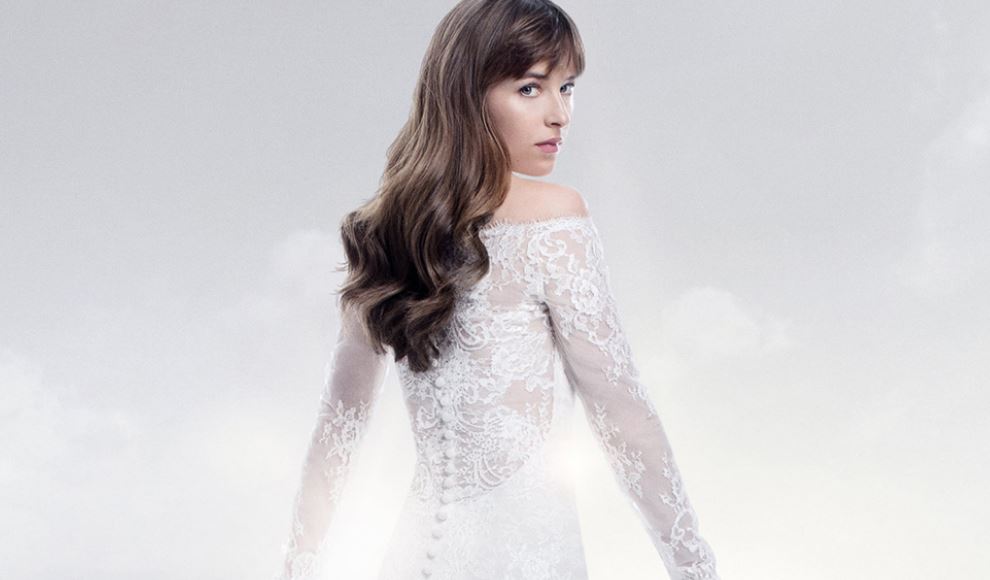 And why not? The franchise may bill itself as liberating, a new kind of love story wherein a woman learns to take control of her body and desires to explore a kinky new world that was once seen as a niche, underground culture. But like most stories billed as romantic, this so-called new territory is framed in such old-fashioned terms that it’s basically just a Harlequin romance novel dressed up in modern, stylized clothing (except this installment begins with Ana’s and Christian’s wedding). It’s got the drama, the ridiculous plot that includes stalking, blackmail, and kidnapping, and the one-dimensional characters, especially the dark, brooding man who must be redeemed by the love of the relatable everywoman. And it’s all palatable because it leads to monogamy, marriage, and children.

It must be why the kinky sex isn’t all that kinky or explicit. There’s not even that much of it, and what is present isn’t really that sexy, partially due to the total lack of chemistry between its romantic leads. Because sex isn’t what Fifty Shades Freed (and its predecessors) is selling. It never was. How could it really be, when it’s mostly used as a crutch to excuse and explain Christian’s deeply disturbing behavior? What it’s selling is the fantasy. That of the rich guy who will be drawn to a woman who doesn’t have to put in any work or have any remarkable characteristics at all, but who will nevertheless gain the ideal life and personality, all from dating a guy who’s practically a human magic wand that will improve us in every way.

This is deeply understandable. Women have impossible standards to live up to. They’re supposed to be modern and empowered, but not too ambitious. They’re supposed to look effortlessly beautiful without putting in any effort at all. They must balance both a career and home life while not demanding too much of partners, work, or authorities. Small wonder then, that some women fantasize about giving up so much control. When the cage we are imprisoned in is of our own making, we tend to accept it more. It’s tempting to think that all we need is the right man to make us rich, confident, beautiful, and successful without having to fight to prove ourselves.

Throughout, Anastasia is constantly reassured that she is different. She is the first woman Christian agrees to date, the first one he has vanilla sex with, the first partner he truly trusts and confides in. She is the first to see him cry. She is special, she is beautiful, and she gets to experience this constant reassurance safely within the trappings of wealth. It is not the sex that is fetishized. It’s the wealth, the luxurious surroundings and all the toys (sexual ones, yes, but more often the luxury brand consumer goods) that come with it.

So how can the movie not be contradictory? Great care is taken to show how uninterested Ana is in being a doormat, but Christian doesn’t seem to really change his behavior. He acts badly, then compensates by acting vulnerable so she forgives him. She never really seriously considers leaving him until she becomes pregnant and he reacts…poorly, let’s just say, prompting her to finally tell him that he has to get over himself and grow up. Of course his behavior is ultimately both forgiven and justified. Ana also makes a few grand statements about how she doesn’t want to be defined by Grey and become a rich socialite who runs the home and plans fancy dinners. But it’s hard to take her statements about how much she loves her work and her refusal to be “barefoot and pregnant” when the last shot of her is one where she is literally barefoot and pregnant with a toddler in tow.

This is, and always has been, the central reason why these movies didn’t work. The abusive relationship never stopped it from becoming a phenomenon, and the sex was certainly enough to elicit whoops and giggles from the audience. What was missing was what made Twilight, its parent franchise, a success: commitment. In order for these movies to succeed, Fifty Shades had to commit to its premise and its values, no matter how distasteful. The fact that it didn’t is probably a sign that at least someone involved had good taste, and is probably the reason why there are actually a very few funny, enjoyable moments. The drawback is that no one who isn’t already a hardcore fan will have anything but a torturous experience. At least the filmmakers were smart enough not to split this into two movies.

Verdict
A few humorous moments and no Part 2 are the most positive aspects of this unsexy franchise's climax.
2
Cultured Vultures is a pop culture website established in 2013 covering all things gaming, movies, and more. We eat your words.
All The News On The Biggest Games