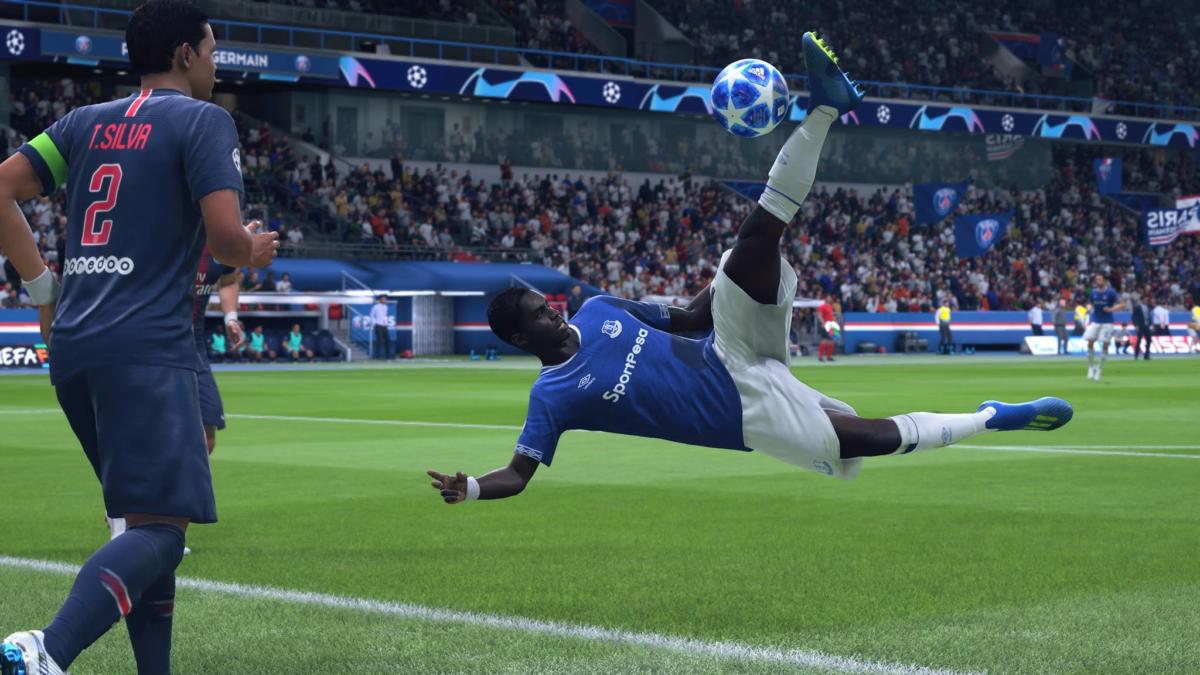 FIFA 19 is the newest incarnation of EA Sports’ annual monolith and while the changes aren’t quite as wholesale to the experience as some of us might have liked, it’s not quite the same game of a year ago. If you’re struggling to make an impact or are brand new to the franchise, you may need some FIFA 19 tips to set you on the path to glory.

Some tips are beyond obvious: there’s even a lot that the in-game Trainer will teach you far better than words on a page ever could. With each FIFA, however, it’s more about excelling in the things it doesn’t teach you, learning to read between the lines and the matches themselves. Practice makes perfect with FIFA, and FIFA 19 is no different.

The below FIFA 19 tips are based on twenty hours of gameplay with the pre-wide release version of the game, so the meta may change between now and then. That being said, if you want to start your FIFA 19 career off on the right track, look no further. I play as Everton, which is traditionally a handicap — I’ve actually been doing quite well by following these tips, though.

FIFA 19 Tips To Make You As Good As The Williams 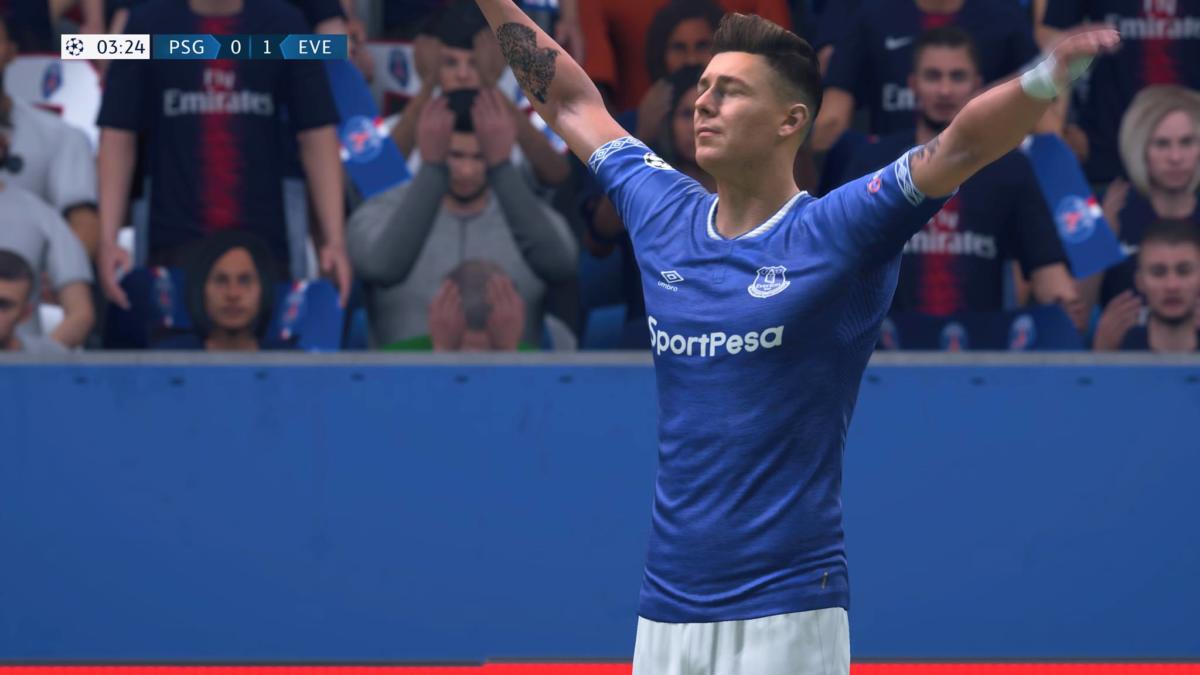 1. Don’t rely entirely on pace
Previous FIFA games have been horrendously broken thanks to the likes of Aubameyang who can just ghost past defenders with a simple hold of the sprint button. EA have tweaked that this year to make it slightly more realistic: the speed gaps in the real thing aren’t quite as pronounced as FIFA would have you believe. Adopt a more tactical and pass-orientated game for FIFA 19 as soon as you can, but don’t overlook the speedsters all the same.

2. Use the gameplay sliders
Here’s an underrated little feature that effectively lets you change the difficulty of the AI without also changing the difficulty level. If you’re a complete novice at FIFA (and maybe even football itself), investigate the gameplay settings in the pause menu and fiddle around with the gameplay sliders. These range from how proficient the AI goalkeeper is to how slow the opposition is and can be tweaked at any time, meaning that you can increase the numbers the more a feel you get for the game. Also, as a little bonus tip: it makes it a lot easier to unlock some of the shot-based trophies/achievements.

3. Utilise the driven low cross
Headers are overpowered this year, but so is the driven low cross, which you can accomplish via R1 and square on PS4 and RB and X on Xbox One. If you’re on the wings and see a player in space near goal, consider hitting it to them along the ground at pace. Your AI teammates have a great knack for getting ahead of defenders, meaning that they have a tap-in without the luck-based drawback of winning a header. 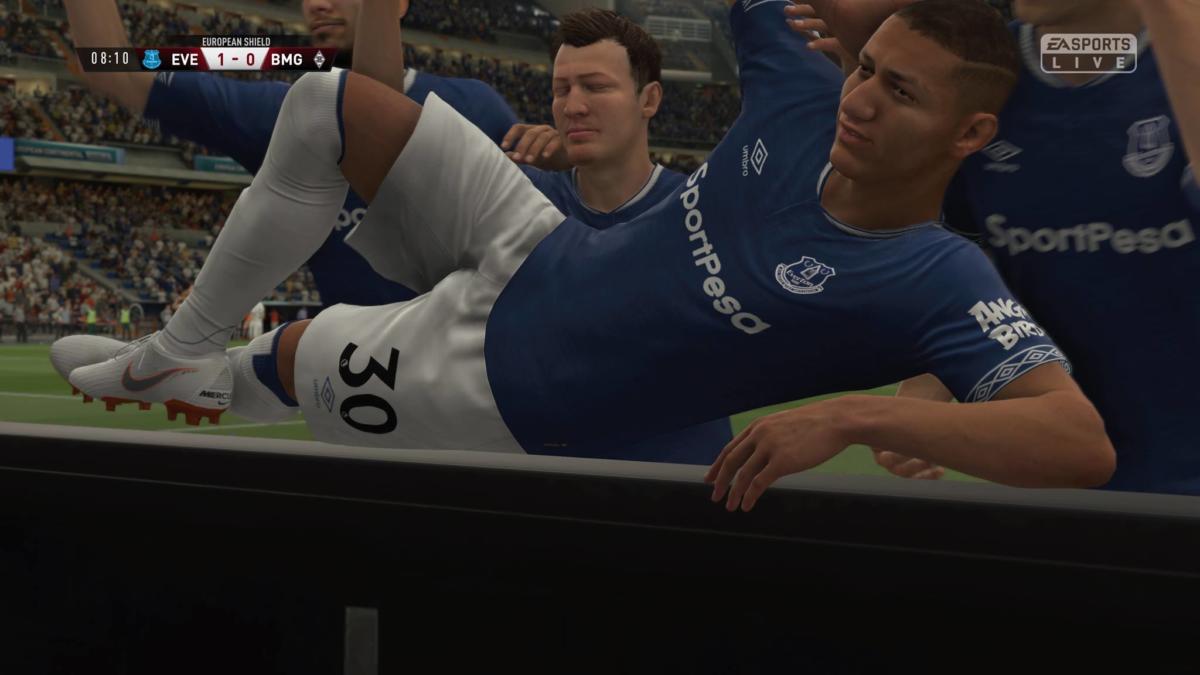 4. Drive your through balls
A weird sentence to type out but one that feels very similar to the last FIFA 19 tip. The through ball is a vital mechanic to adopt in FIFA 19, but it seems like its more powerful variant might be a tad too overpowered, especially against AI when you have any player at 70+ delivering the ball. Using R1 and triangle on PS4 and RB and Y on Xbox One, you can almost always deliver a killer pass to a winger that will leave them acres in space. Easily one of the best ways to break down stubborn opposition.

5. Use hold-up play often
A lot of FIFA players are impatient beasts looking to score as quickly as possible before their attacks inevitably collapse. FIFA 19 asks you be a bit more thoughtful with your attacking with the tweaks to 1-on-1 battles working in your favour a lot as an attacker. Play the ball into a strong striker (Lukaku et al) and hold the ball up with L2 on PS4 and LT on Xbox One. Once you have secured the ball, use L1 on PS4 and LB on Xbox One to make one of your teammates make a run. This will either make it easy to find them in space or you can use the space they’ve effectively just created to run into it yourself and possibly get a shot off on goal, or at least a cross.

6. You don’t need timed shots for everything
An interesting new quirk for FIFA 19 is the introduction of timed shots. These basically entail pressing the shoot button and then again at the right moment to land the sweetest shot. However, unless you’re looking for an absolute howitzer from thirty yards out, you really don’t need to use it that often. Simply placing your shot with finesse (R1 on PS4 and RB on Xbox One) is usually enough to put away a goal in the box. 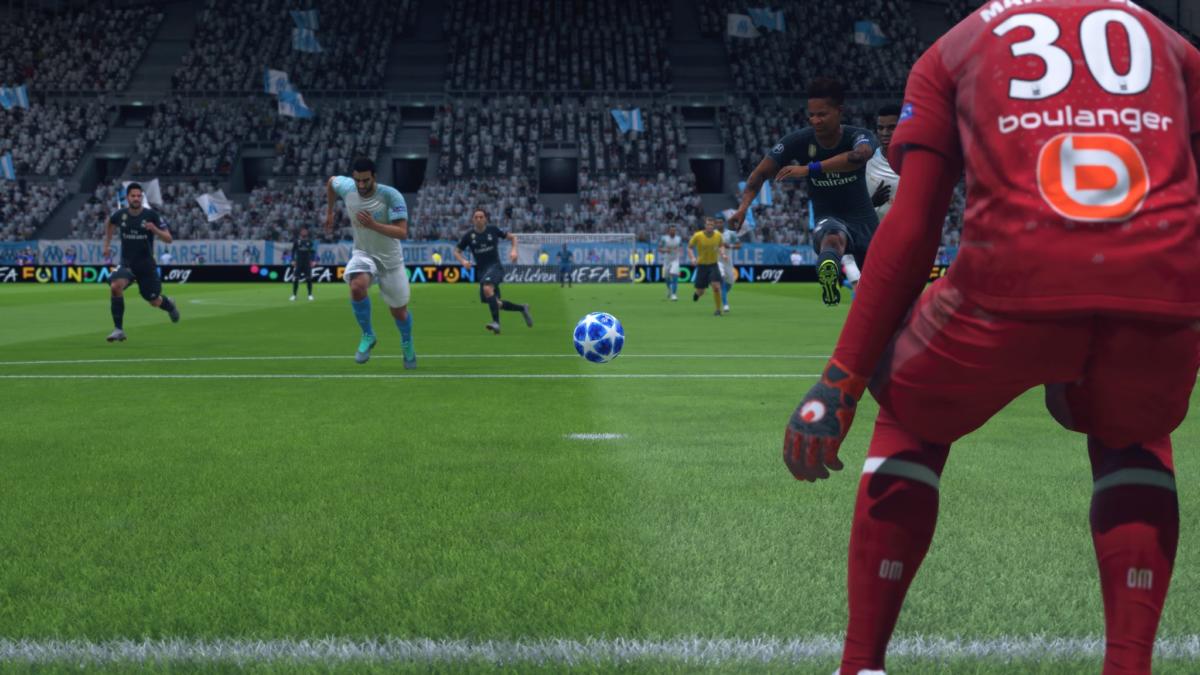 7. Exploit the broken corners
Corners are still a mess in FIFA 19, I’m sorry to report. It’s still a crazily effective strategy to call a second player and either deliver a cross into the newly opened space or to pass it the player you’ve called and then swing a cross in. It’s a shame, but you may as well use the same exploit as everyone else — you then have nothing to blame if it happens to you in a match.

8. Customise your gameplans
A new addition to FIFA 19 in the tactics department is that it allows you to go in and tweak your gameplans: the default emphasis changes usually implemented with presses on the directional buttons. If you need a goal, switch to an Ultra Attacking game plan with a 4-2-4 and a constant press. Need to defend like your life depended on it? Drop almost everyone back apart and adopt a 5-4-1 for the Ultra Defensive game plan, maybe even a 5-5-0 if you really feel like you can sacrifice the striker or are just paying homage to Jose.

9. Don’t sprint everywhere
People always make this mistake, but it bears repeating each and every year: you don’t need to hold down R2 or RT until it hurts. Sprinting everywhere makes the ball more difficult for your attackers to control and more difficult for your defenders to tackle accurately. Instead, don’t be afraid to let go of the sprint button almost entirely, take a second (especially in midfield) to assess, and then move the play on. This is wildly effective when playing online, I find, as everyone just loves to lump it to their wingers and sprint like they’re on fire. When other players are sprinting like madmen at them, you can so easily just sidestep them when you’re controlling without sprint, which leaves huge spaces open for the opposition.