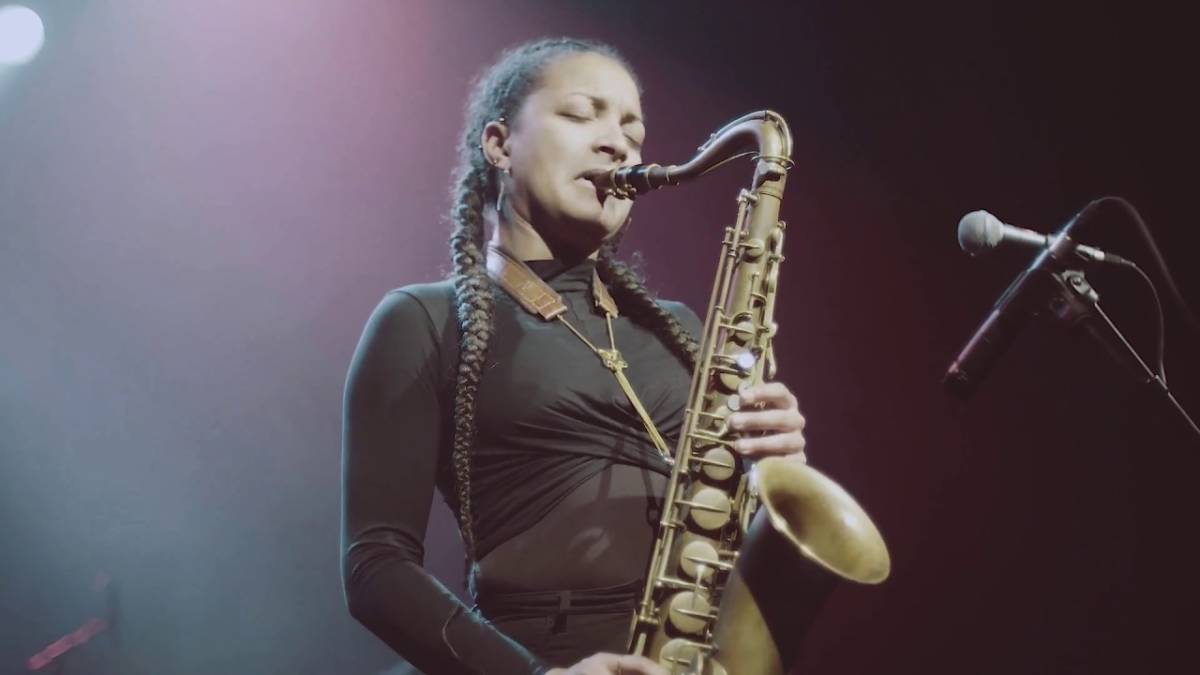 Of all the urban weekenders the UK has to offer, Field Day arguably holds the distinction of boasting the most varied line-up, year to year. Other, similar festivals like Lovebox, Sunfall and Love Saves the Day carry more of a thematic identity, perhaps, but Field Day has always been something of a pared down, bare bones affair, with the focus unilaterally on picking out a surprising, fascinating roster. Field Day pick their artists like Damon Albarn picks his featured guests on a Gorillaz album.

On such a relatively small scale, confined to an environment like Victoria Park, or this year, Brockwell Park, having acts like Death Grips, Flamingods, Whitney, S U R V I V E and Aphex Twin all on with hours and meters of each other is by turns bizarre and exhausting. You have to constantly re-tune your ear to keep track of the genre shifts.

That being said, there’s always one through line – cool. Cool is hard thing to pin down, there are thousands of songs, articles and weird YouTube rants addressing this very subject, but as far as music is concerned it’s ever changing. The effort of tracking it, or trying to tempt a crowd in search of it has been enough to maim or even kill overly ambitious festivals in the past.

Field Day have been getting away with it for a while, largely by electing never to embrace any one particular genre as a lineup dominator, even if it happens to be doing especially well at the time. This is why you’ll see a smattering of grime, broken beat or house acts mixed in, but not enough to offset the balance in that direction. This year though, while it might not be the cardinal rule, the presence of jazz is impossible to overlook.

I’ve talked before about the resurgence of jazz music, in which the UK and US are now at odds, introducing a slew of new talent into the mix and completely retooling the live music scene, as well as what gets airplay on the radio. ‘Jazztronic’ is almost certainly one of Spotify’s most played prefab playlists. If Field Day’s Friday lineup is anything to go by, they’re in on the trend too. 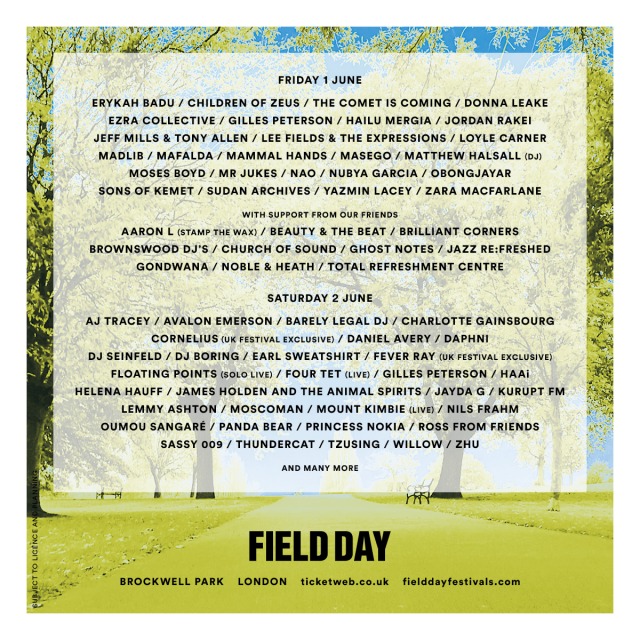 Saturday has a smattering of acts leaning in that direction, most notably Thundercat, but the Friday list is awash with British jazz stars – Zara McFarlane, Nubya Garcia, Sons of Kemet, Moses Boyd, Jordan Rakei, Mammal Hands, Ezra Collective, The Comet is Coming, Yazmin Lacey. The larger headliners like Mr. Jukes, Children of Zeus and, of course, Erykah Badu all lend themselves to the jazzy, soulful mindset as well.

This is, by some distance, the most heavily Field Day has committed itself to a particular vibe, but why? Certainly there’s no stopping the movement, the through line from hip-hop and RnB which brought us into this beautiful landscape is impossible to ignore, but no other weekender has done which Field Day has – reserved one of its days almost exclusively to it, so much so that anyone attending the festival in the hopes of a banging party atmosphere might be liable to skip Friday altogether.

They’d be fools to, of course, but that’s kind of half the point. Anyone who was planning to attend Field Day regardless of who was playing will be aiming for Saturday. The people who saw that list of names and had to double take will be the ones to make the effort to leave work early, or just book the day off. It’s a clever tactic, and I get the distinct sense that, much like Noah Ball and his team do with Soundwave, there’s an element of indulgence in the Friday lineup, the organisers are fulfilling their wish list for the year.

That’s not to diminish the quality of the choices, angle or no, this is a distinct, exciting lineup which may not offer the same grandiosity as the likes of Lovebox, Wireless or the newly christened All Points East, but it’s cheaper, more meticulous and can match or even outrank any of them in terms of the sheer enormity of talent which will be on display. To my mind, that’s the really important thing.

Field Day takes place in Brockwell Park in South London on the 1st and 2nd of June. Tickets are still available here.