Feather (Switch) REVIEW – Light As A

There are a handful of things to really like, but when it comes down to it, Feather has an unjustifiable price tag hovering over it. 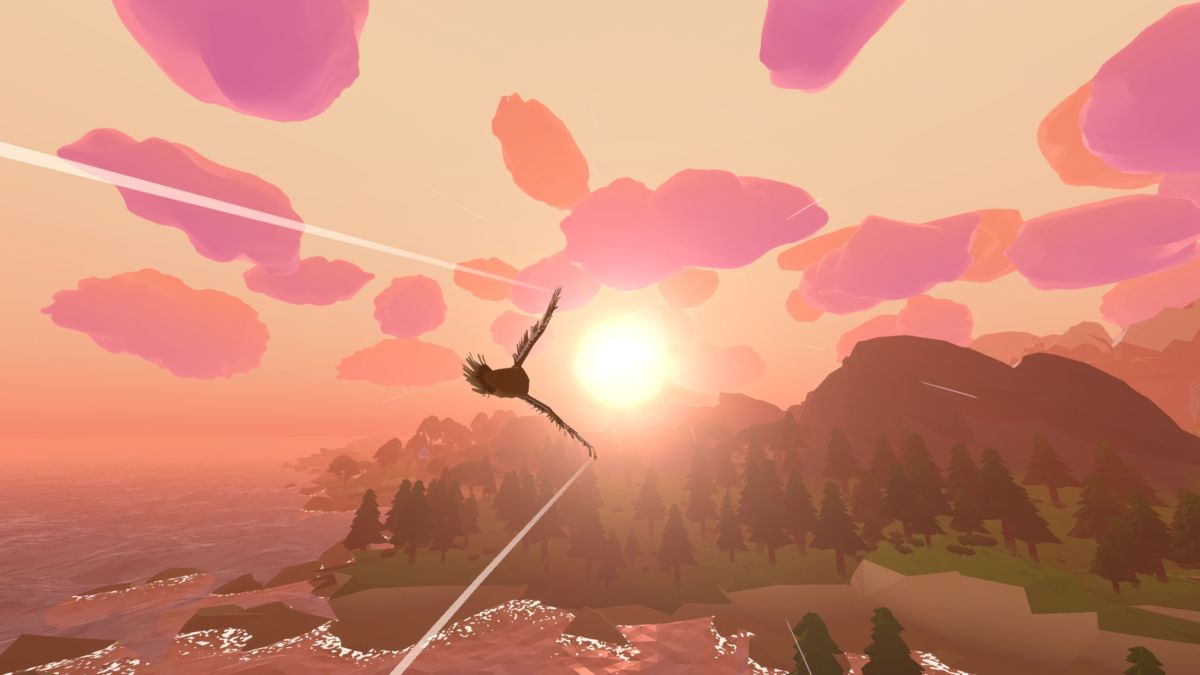 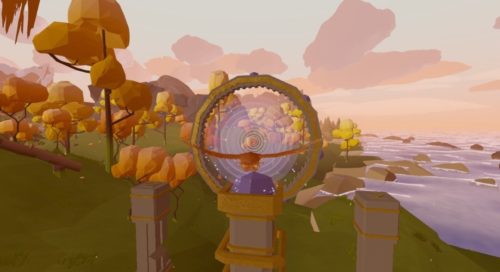 In this age of blockbuster, action-packed games full of celebrity involvement, big budgets and intricately crafted storylines, it’s easy to forget that simple games exist. Games that don’t require all the bells and whistles and aim to do something different. There are games whose purpose is entirely the opposite – to provoke thought or stimulate the series in altogether different ways.

In this light, Samurai Punk has set out to take another route, offering the other end of the gaming spectrum – This is where Feather comes in. No guns or swords, no overarching narrative, no levelling up. Just you, the player, and a bird. And for better or worse, well, that’s it.

It’s essential to make a clear distinction early on – Feather isn’t a game. Not really. You take control of a bird, fly around, and I’m not exaggerating when I say that is the entirety of Feather. But this is purely by design. 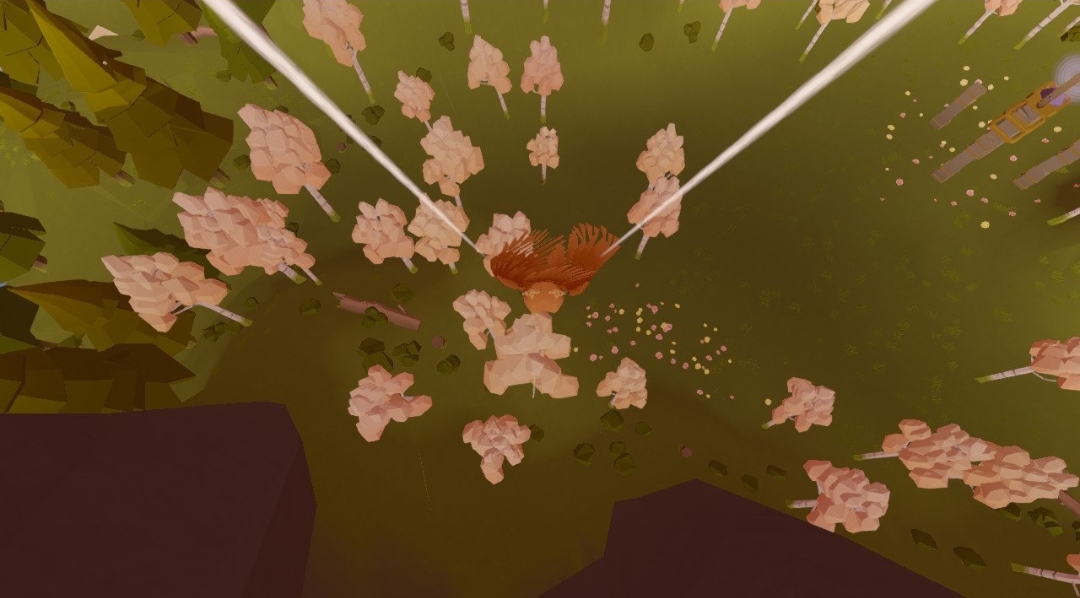 Samurai Punk has set out to create a meditative, zen-like experience, inviting the player to lose themselves to a soothing soundtrack as they control their feathered friend and glide around the island. You won’t find a single enemy in sight, nor any hint of combat or puzzles or anything remotely challenging. From forests to an oil rig, and from the hills to snowy mountains, the island is yours to explore from the get-go.

In the words of Nelly Furtado, you are like a bird, and you will only fly away.

There aren’t many controls to get to grips with in Feather. The bird will fly automatically, so all you required to do is steer it, slow it down or speed it up. You can also barrel roll, which, although seemingly unnecessary, I can’t knock because barrel rolling is always a welcomed feature in my books. It was a pleasant surprise just how responsive and fluid the controls are, as soaring through the amber sky or skimming the ocean felt great. 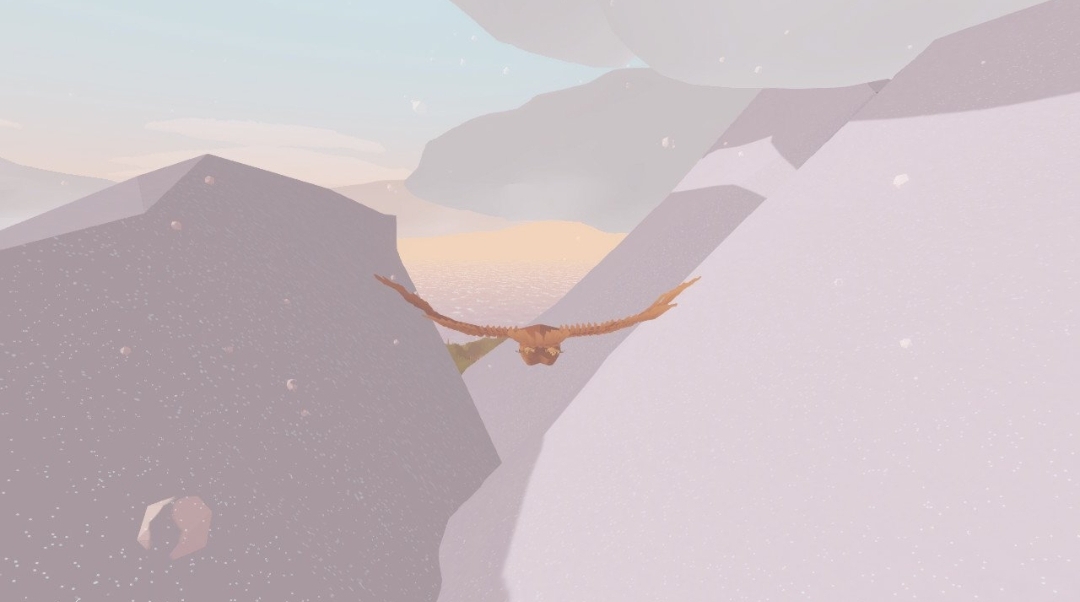 Exploring the island was also fun for the most part, although, after roughly five minutes, you will pretty much have seen everything the land has to offer. Admittedly, it was a treat to discover unique elements like launch pads in mountains which propel you into the sky, and dive bombing through the clouds for the first time was a hoot.

Also dotted about the island, which I’m now going to name Bird Island, are nine rings (which look a lot like Stargates) that you can fly through. Doing so will change the backing track to another, equally peaceful melody. While these rings are pretty hard to miss, it was a nice incentive to fly around and discover each of these, as they each accompany the sound design of Feather beautifully so high praise must be given to Mitchell Pasmans who helped bring it together.

The day and night cycle of Feather really brings it all together, as the idyllic night scenery and the striking daytime visuals are all delight in their own way. When I first took flight, it was a feast for the eyes and remained a treat even upon subsequent day/night rotations on Bird Island. 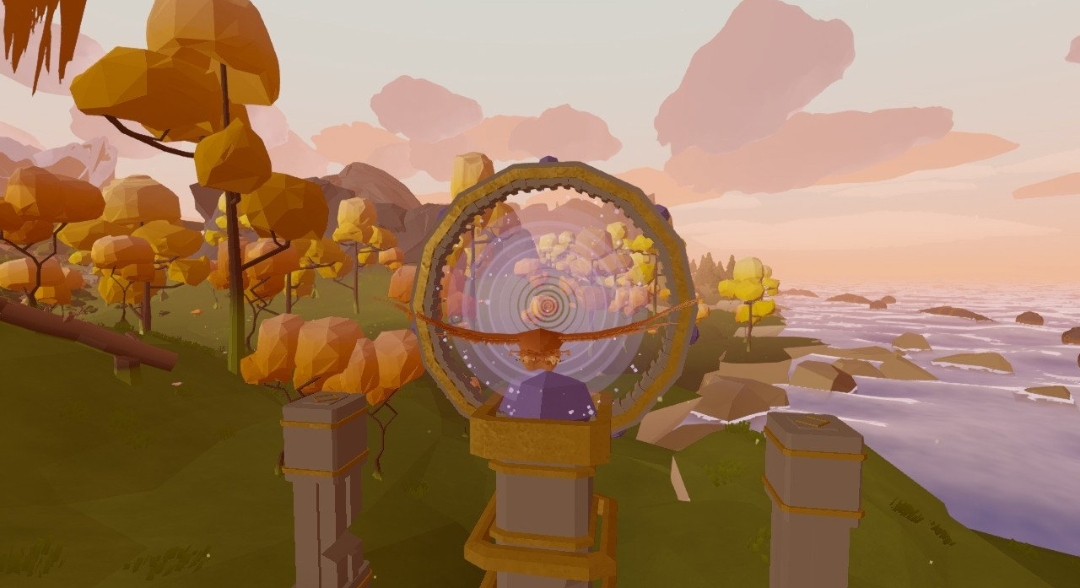 Feather does seem to insist on utilising Nintendo Online, weirdly enough, although it isn’t essential. The only difference offered is what Samurai Punk call ‘passive online multiplayer’, where other players online anonymously drop in and out of your world. It raised a smile to fly as a group, although I don’t think this was intentional at the time. Plus, other than pressing Y to squawk, there isn’t really any possible way to communicate, so I just followed my ‘birds anonymous’ group around, squawking like a bird possessed until they barrel rolled away from me.

The biggest and most critical elephant in the bird-filled room is the price of Feather. For how light on content Feather actually is, charging $9.99 is eye-watering. If it were even half the price, then a case could be argued in its defence, but despite its honest intentions, given the amount of content presented is so light, it’s a tough sell. I hate to say it, but the finished product does not warrant such a price tag.

Feather is not a game and nor does it claim to be. It is a meditative flight-simulator and not much else. Samurai Punk is knowingly diverting their attention towards an incredibly niche market, and, while there is nothing inherently wrong with that, it’s a challenge to recommend purchasing Feather. While the visuals are a pleasure to behold, and the sound design and soundtrack are undeniably joyous, the experience fails to justify the price of admission. As upsetting as it is to put to paper, I’m just not convinced that Feather ever should’ve been a full release.

Verdict
There are a handful of things to really like, but when it comes down to it, there’s an unjustifiable price tag hovering over a game whose content is as light as a feather.
5