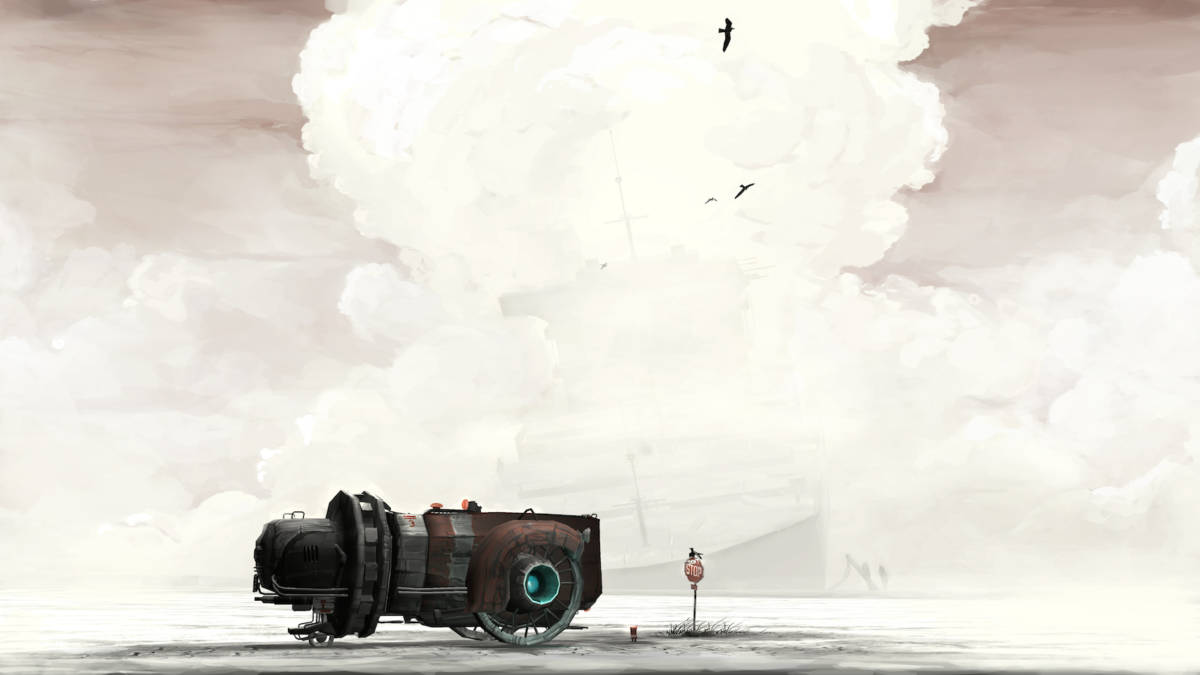 It isn’t often that a game comes along that subtly invokes a series of emotions out of me. Emotional moments in games occur during the climactic pinnacle of a game’s narrative. A death. A betrayal. A plot twist. FAR: Lone Sails is completely devoid of any of these types of moments, and yet, I was caught off guard by how emotionally attached I became to not only a silent protagonist but to my vessel.

FAR: Lone Sails is an atmospheric vehicle adventure game developed by Okomotive that embarks the player on a journey across a barren post-apocalyptic wasteland. The player is a silent protagonist, who after attending a funeral, sets off in search of something. Or perhaps nothing at all. The why of the journey is unknown, but the how becomes apparent soon enough. 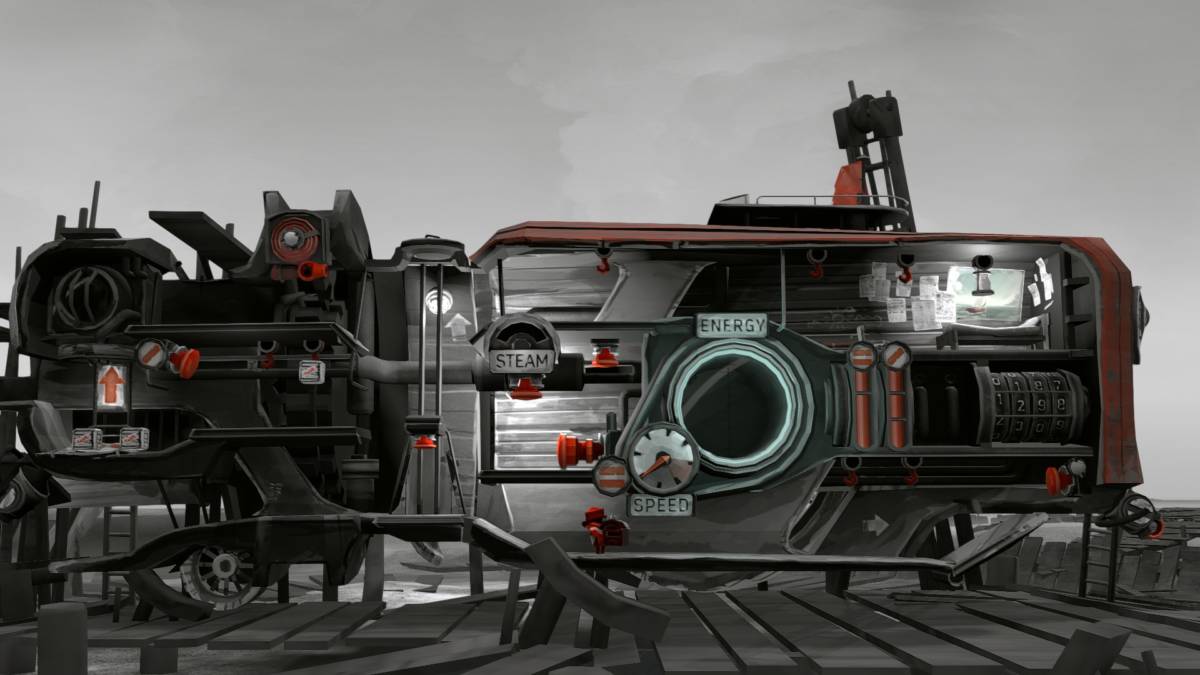 Players quickly come into possession of a hulking, yet aged, hybrid vessel that’s part ship and part locomotive train. This is the player’s means of undertaking their journey, and so, they must learn and master the various components that make this behemoth move. Initially, FAR: Lone Sails gameplay structure is similar to other vehicle adventure games such as Faster Than Light and Lovers in a Dangerous Spacetime. Players must move between various rooms within the ship, in essence, becoming its captain. The player’s actions are simple, but the game is built around this simplicity. Anything and everything can be solved by just picking up an item to place it where it needs to go or engaging a button by jumping upon or into it.

Resource management is key to keeping your vessel powered, as at the center of the vessel is a power tank that indicates how much juice is left for fueling your journey. Power is maintained by collecting resources, such as oil drums and even random items such as furniture, from the environment and feeding it to your vessel. Some gameplay nuances, such as becoming familiar with when to give your vehicle extra gas to traverse troublesome terrain or when to ease off the gas and rely on your sail to reserve power, is imperative to the pace of the player’s journey. 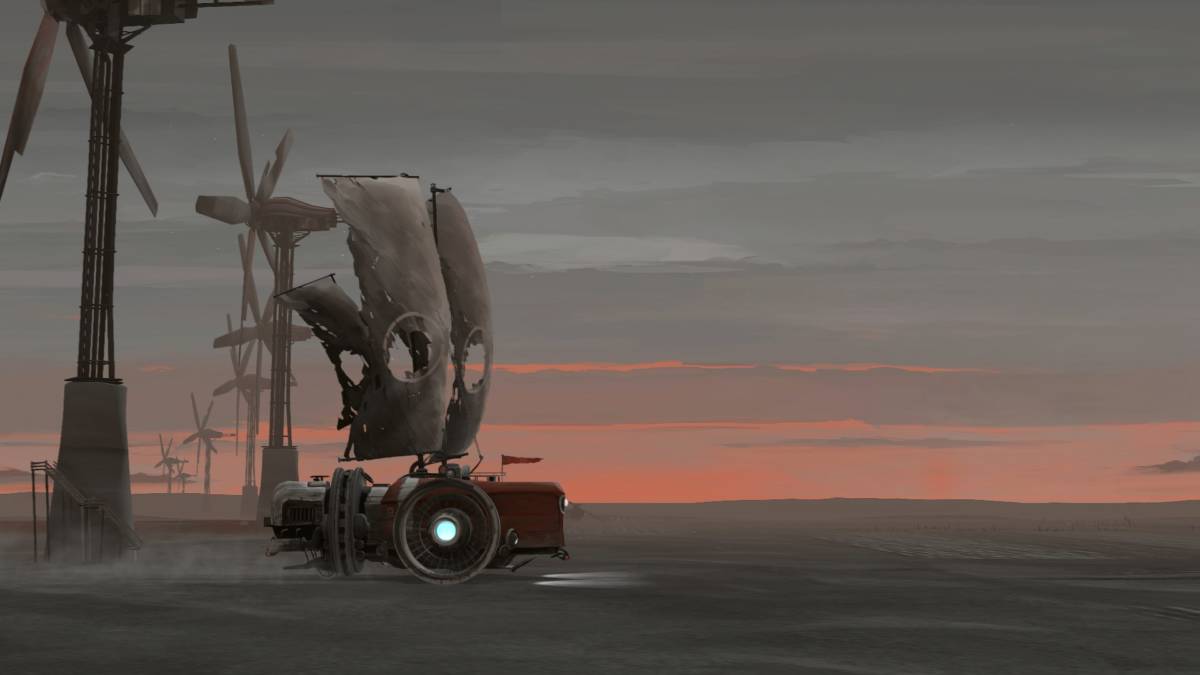 While there are no enemies or combat for that matter, your vehicle will periodically take damage from environmental weather, which can cause parts of your vessel to catch fire and break. Finding a balance between fueling your vessel, putting out fires, and stopping to collect resources will ensure the pace of the journey maintains an adequate speed. Like the players player’s controls, the vessel mechanics are not overly complicated, nor are they difficult to master after more then few minutes. Occasionally, the player will need to gauge the proper speed to ram obstacles out of the way or to avoid becoming stuck in hazardous environments. This vessel management serves as an interactive means to experience the hauntingly beautiful world of the game.

The backdrop and presentation of FAR: Lone Sails is where the real appeal lies. Featuring a minimalist art style that instantly captivates, FAR: Lone Sails tells the tale of a land once entirely submerged by water, and where only industrial skeletons of both ships and civilization now remain. Its story is told through its environments, from subtle clues found while exploring abandoned workshops to ghost villages. Don’t expect any answers or context to be provided, as the player’s imagination is the real storyteller. 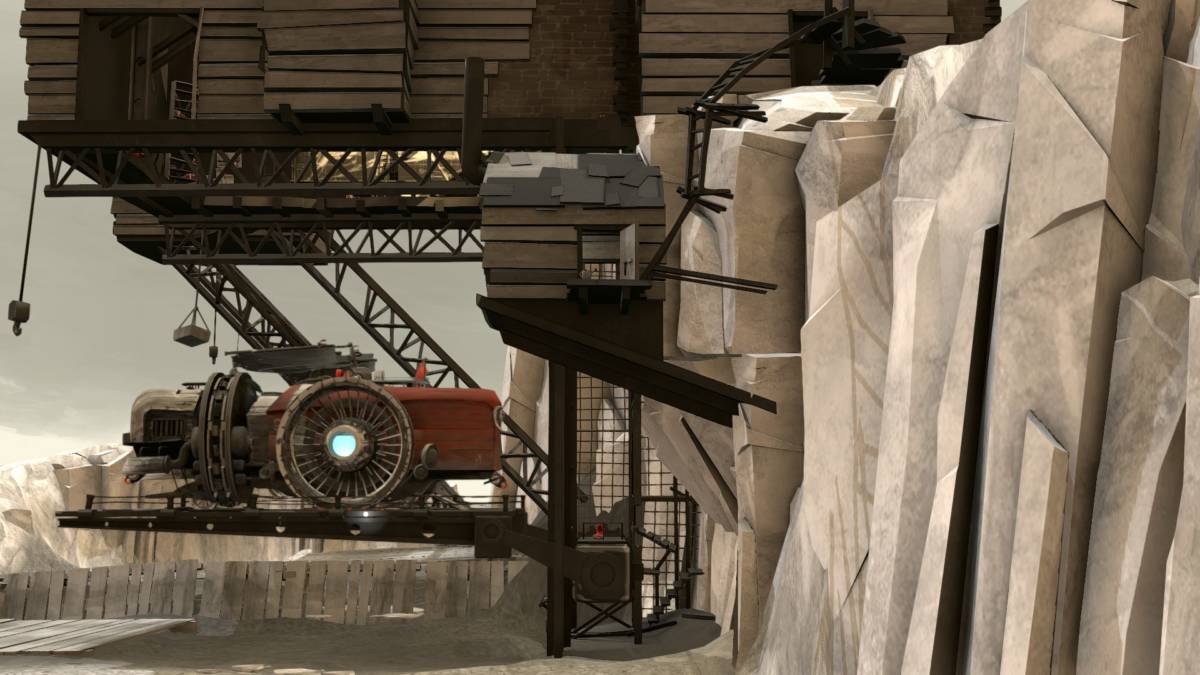 FAR: Lone Sails instead prefers to convey its tone and tale through its visuals and music, both of which are gorgeous. This is absolutely a game to be experienced with headphones, given the immersive nature of its audio. No matter the situation, the soundtrack amplified my overall experience. Whether I was marveling at a starlit sky or hauling ass to avoid debris from a recently erupted volcano, the music never failed to match the scenario unfolding visually. The first time my vessel successfully accelerated and the lovely, spellbinding soundtrack began to play I felt a sense of joy I seldom feel when playing games.

There are brief stretches where traversing the barren environments in your vessel can become tedious, but just as this begins, it is interrupted by a new obstacle presenting itself. Players will often encounter briefly insurmountable bridges or gates that require them to disembark from their vessel and briefly proceed on foot. This usually involves the player entering a structure and solving light puzzles, such as realigning a radio tower or lowering a bridge. These never tax the mind; instead, they present themselves as an interactive means with which to further explore tidbits of the game’s world. 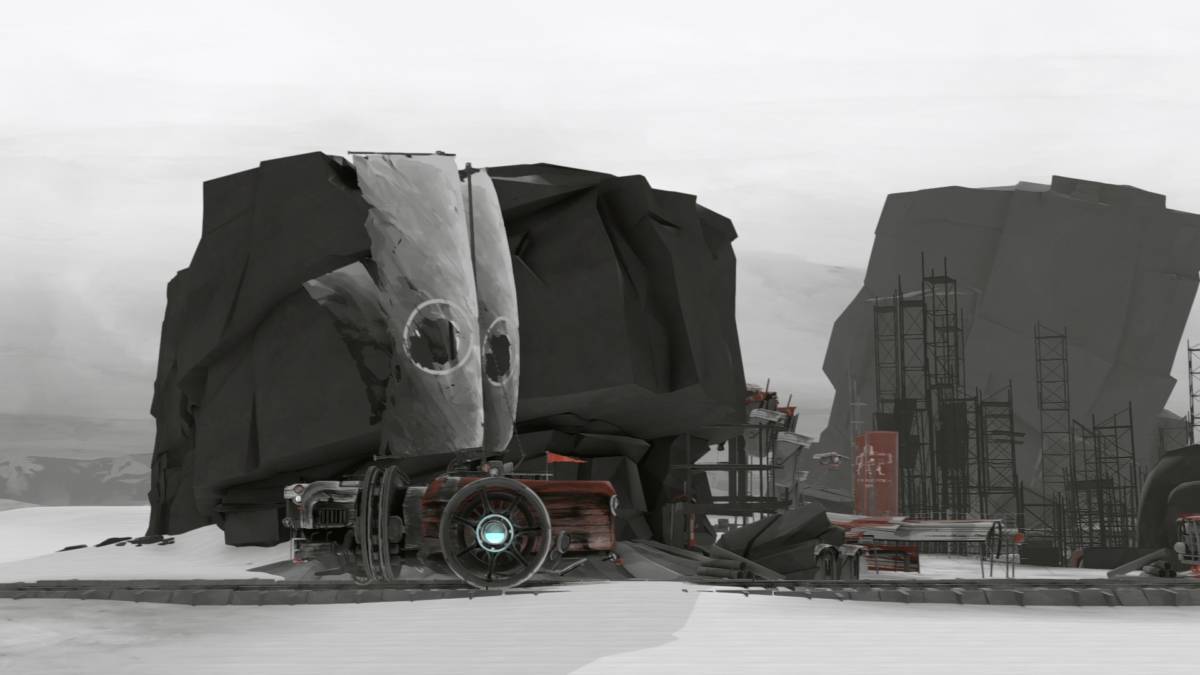 These structures are also often home to upgrades for the player’s vessel, which improve or add options for how they will prolong a journey. For example, early on, the only way to move the vessel is by priming the engine, which consumes power at a high rate. It isn’t until the player discovers a (literal) sail that is mounted atop the vessel that a new, less resource draining means of movement can be used in conjunction with the engine. Each upgrade feels significant and exciting upon discovering. Whether finding a suction device that no longer requires the player to leave their vessel to pick up resources or the blowtorch that allows various parts of the ship to be repaired, these additions feel essential. These provided a nice reprieve from the barren wastes and given the lack of gameplay variety, these sections offer a welcome addition.

As I mentioned, there are no enemies to speak of, yet death is still a possibility, however unlikely. In my three-hour play-through, I only died once as a result of clumsiness in traversing an environment. And here is where some will find FAR: Lone Sails to be a difficult sell: the game clocks in at a mere three hours and its $15 price tag will seem pricey for some folks. For those uncertain as to whether or not this is a journey they are willing to undertake, I’ll say FAR: Lone Sails manages to be memorable in a way that a lot of indie games fail to be. What it lacks in length and varied gameplay, it makes up for in its spellbinding presentation and concept. It executes this in a way that evokes a sense of bonding and ownership with both protagonist and vessel that few games do in such a concise way. For those who are looking for unique experiences in a medium that has a plethora of mundane and generic concepts that have been done to death, FAR: Lone Sails achieves a high mark.

Verdict
FAR: Lone Sails manages to be memorable in a way that a lot of indie games fail to be. What it lacks in length and varied gameplay, it makes up for with its spellbinding presentation. Microtransactions: none
8