Fall Guys Delayed For Switch & Xbox, But Will Launch With Cross Play

Better together, and all that. 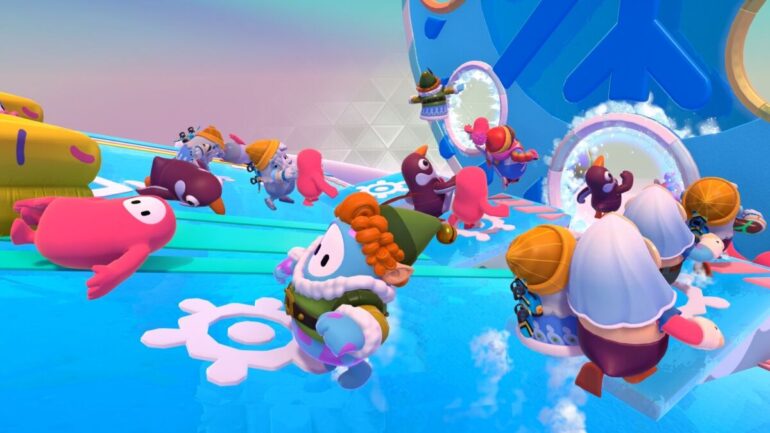 Mediatonic have announced that Fall Guys, their slapstick game show/battle royale, has been delayed on Xbox One, Xbox Series X | S and the Nintendo Switch, meaning those versions will no longer launch this summer. However, the compromise is that the extra time will allow the developers to implement full crossplay.

Have Mediatonic Spoken About The Delay?

The developers have published a blog post on their website to give a little more insight into the game’s delay. In that post, Mediatonic confirm that the recent acquisition by Epic Games has afforded them access to resources they wouldn’t normally have, meaning they can implement features like crossplay.

Mediatonic said: “While we want to launch on these platforms as quickly as possible, we believe the Switch and Xbox releases are really going to be worth waiting for and we’re super grateful for your patience. This delay gives our team some time to add features like crossplay, so when we add new platforms, players will be able to stumble in harmony with their pals, regardless of their platform of choice.”

Does Fall Guys On Switch & Xbox Have A New Release Date?

At the moment, those versions of the game have been delayed indefinitely, meaning there’s no set release date planned. Right now, Mediatonic are hard at work on updating the current game with more content, with the impending Season 4.5 update coming up soon.

Is Fall Guys A Dead Game?

Clearly not, we’re still talking about it.

READ MORE: How Many People Still Play Fall Guys in 2021?