F Is For Family: Season 3 REVIEW – Third Time’s A Charm

Bill Burr's animated comedy returns, and in a world of projects that burn out quick, it navigates its third season pretty well. 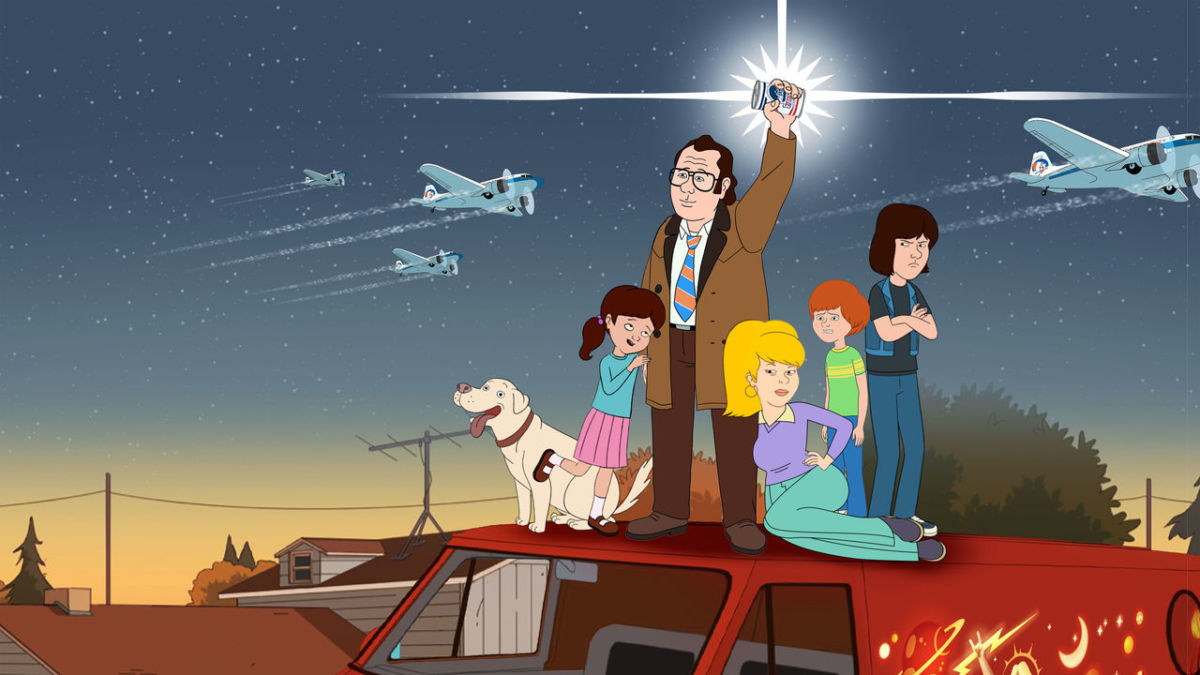 It may be nearly Christmas where we are, but in the world of cartoons, the sun’s always shining – and so it is that the newest season of Bill Burr’s animated outing F Is For Family, released as winter starts to shift into high gear and we stare down the barrel of the solstice, is set squarely in high summer.

In its third season, F Is For Family seems more than anything to have drifted into a routine – not fallen, there is no decline in the true sense of the word, at worst treading water. It hasn’t shaken up the formula by taking it in strange new directions, and arguably this is no bad thing. The formula itself is solid enough, and coupled with half-decent writing that’s all you really need.

Ultimately, the family find themselves in a kind of Boethian cycle, where each time around they start off in a bad place, which becomes improbably worse, then just about drag themselves out of the mire for a few snatched moments of family togetherness just in time for the end of the season. As I say, it’s a routine – but comedy, in all fairness, is built on routines. Benny Hill clocked up 120 years in the business doing the same joke.

This is particularly notable with the fairer side of the family. Sue and Maureen take turns reprising Sue’s plotline from the last season – Sue by dreaming up another invention no housewife could possibly do without, and Maureen by attempting to make her mark in the world and setting herself up for a crushing failure. This, evidently, is the curse of the Murphy women – although Maureen at least finds herself with a transferable skill.

Unusually, it’s an ancillary character who gets the most character growth – Rosie, Frank’s long-suffering pal from work, who after one indignity too far packs his job in and goes to run for office. His campaign takes place largely in the background, a poster here and a headline there, until the final episode sees him in a live debate against an awful little man who manages to be an obvious Kennedy analogue without even doing the voice.

The Murphys themselves, when it comes down to it, couldn’t grow – and probably shouldn’t. It is their dysfunctional nature that has, like so many cartoon families before them, made them relatable. Perhaps one day, in the far-flung future, they will be able to honestly speak about their troubles and open up to each other – and on that day, either the show will end or it will jump the shark so hard it receives a golden jet-ski from Henry Winkler himself.

This isn’t to say nothing ever changes here, though, even if it is all taking place before the end of history. This season’s big new arrival is Chet – an uprightly all-American fighter pilot, voiced by producer Vince Vaughn doing what would be, coming from any non-American, a nigh-racist voice. I’ve written before about how Vic is a fine specimen of the better-off neighbour archetype, and Chet comes primed and ready to be more of the same, having successfully become a pilot where Frank never could – yet the two quickly become firm friends, bordering on the classically homoplatonic man-crush.

But as the candle which burns twice as bright burns half as long, this doesn’t last, and quickly about-faces into outright hatred. The seeds of this are present from the start in Chet’s wife, Nguyen-Nguyen, another proud national stereotype who is for all intents and purposes a war trophy, making it very obvious that the guy’s a bad egg – at least, if you’re willing to see it, which eventually our protagonists find themselves forced to. Things get worse and worse between Chet and the Murphys until it ultimately just burns out – which isn’t perhaps ideal for a narrative, but is how friendships tend to wind up when someone crosses a line, and I say this as someone who’s been on both ends of the dynamic.

This season’s other new arrivals do their best, but obviously didn’t have quite as clear a vision behind them. Kevin’s new friends from summer school are all classic-model wayward youths, with the advantage that the leader of the gang bears the inimitable voice of Matt L. Jones, better known as Badger from Breaking Bad, but they vanish from the narrative even more unceremoniously than Chet – returning only once in an offhand aside, to literally derail Bill’s plot.

Bill, for his part, is becoming a young man by reprising that one episode of The Simpsons where Bart dates the reverend’s daughter – it’s not even done badly, but one cannot quite escape a distinctly stale aftertaste. Then again, I’m perhaps showing my age here, since ‘Bart’s Girlfriend’ first aired in, dear God, 1994? Hell, fair enough then, give it a rerun.

Sue’s parents turn up to further ruin the family vacation, and are particularly insubstantial – they come, they’re every joke about in-laws ever made, they go, leaving no particular marks. This is a development which bodes particularly poorly for what’s promised next season – at one point Frank gives a monologue about how profoundly awful his father was, ostensibly to try and level with Kevin but in reality clearly a last-minute effort to lay the groundwork for the arrival of his father in the closing seconds of the season finale.

Any criticism of this shameless cliffhanger aside, Burr’s going to have to pull something special out of the hat next time around. Cringe comedy masterpiece Peep Show had a similar dynamic with Mark’s dad, referred to in tones of awe and fear for years before he actually graced the screen – and while he ruined Christmas, it was unavoidably something of a letdown. Vicious, bigoted, and bullying he might have been, but he just couldn’t compare to the hushed description of a man who ‘thought of Sir David Frost as something of a hippy’.

Speaking of bigots, F Is For Family was, at least at one time, advertised as an avowedly anti-PC comedy, and this is true insofar as it depicts the more robustly prejudiced ‘70s – but that’s as far as it goes. When the bigotry comes out, at any level, it’s not just painted as wrong, but as vulgar. One can only presume the racists of the world were expecting more from Bill Burr given how it was billed. For all its faults, Family Guy is still arguably the most non-PC of the adult animated comedies, with its liberal, let’s-all-get-along messaging a paper veil across some giftedly lazy and unironic use of stereotypes.

For the most part, this is a facet of the whole not-so-very-long-ago setting, and some of the other aspects of this do have their charms – o for the days when you could get proper fireworks, and nobody would mind if you got blasted on coke while piloting a helicopter – though even these reminiscences of a more lawless time seem more wacky than genuinely nostalgic. It’s a fine line it walks between ‘this is how it was in them days’ and ‘this is heightened cartoon reality’ – particularly for those, like most of its intended audience, who weren’t around for the ‘70s.

(As if to put the capper on the side of ‘oh wow, the past was really that screwy’, Kevin’s high school is named after the Kingfish himself, Huey Long. In Louisiana this would just be background noise, but in the Murphys’ unspecified-rust-belt-state it can only be deliberate.)

Despite ‘I’ll put your head through that fucking wall’ practically being Frank’s catchphrase, he’s surprisingly reticent to actually lay hands on his children. Certainly moreso than Homer Simpson, father of cartoon comedy fathers – and Homer was strangling his son in the ’90s (and very, very late ’80s, but who’s counting?). So while there’s a lot of heightened reality here, there is also a certain amount of backing off – both in regards to the patriarch disciplining his children, and also in regards to racism, the nastier sides of which are only alluded to. It is a kind of theme park version of the ‘70s in America, subtly modified and tailored with an eye on what the audience wants of it.

But even though it’s taking place in the past, F Is For Family hasn’t grown old yet – if anything, it’s refreshing to have an animated family who actually have a domestic situation, rather than occasionally showing up in the same wacky adventures. And to restate the obvious, it’s precisely the neuroses and friction between them that make them relatable. This is the ancient knowledge that shows like Malcolm In The Middle, King Of The Hill, and of course The Simpsons knew and rode to the top, and animated comedies ever since have tried to crudely recreate cargo-cult style, slamming a boorish father together with a bratty son and an under-appreciated daughter and wondering why the comedy isn’t happening. To see one get it right is rare enough to appreciate.