Home
Gaming
GAME REVIEW: Everything (PS4) – I Am A Leaf On the Wind
Gaming
·3 min read

GAME REVIEW: Everything (PS4) – I Am A Leaf On the Wind 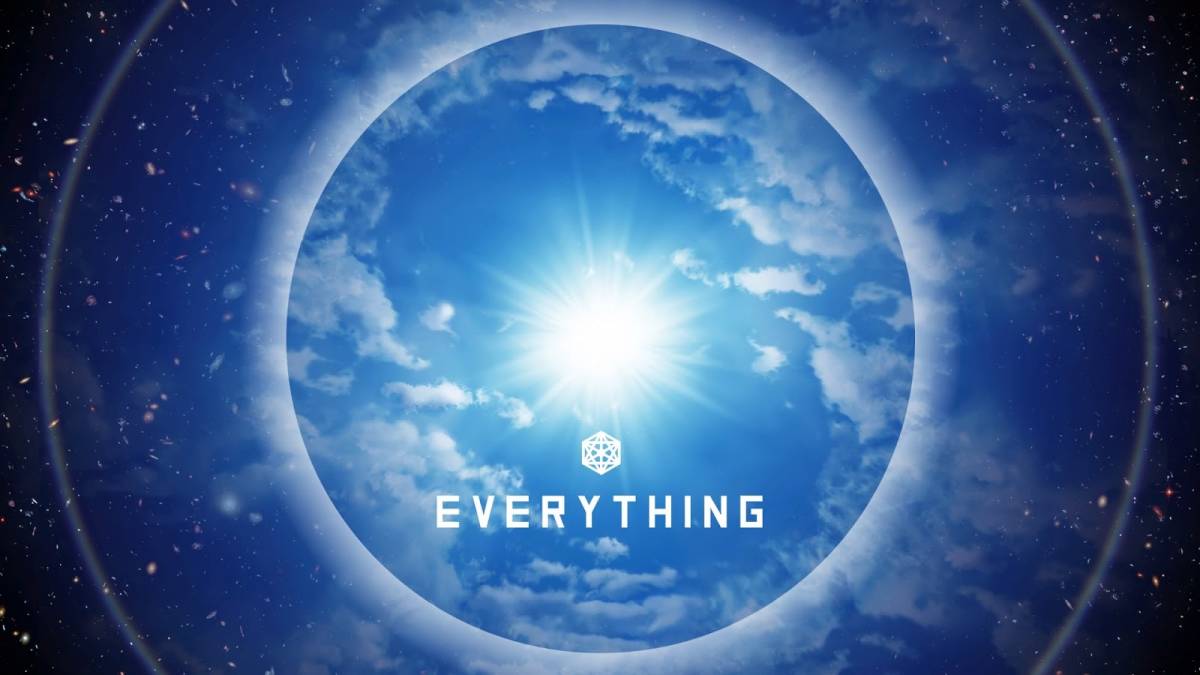 Everything’s first ten minutes present one of the least alluring introductions to any video game I think I’ve ever played. After an ethereal opener which saw me floating around nothingness, I took control of a deer and then started to comically “move” across plains like a drugged domino with no objective in sight.

Luckily, David OReilly’s newest piece of interactive art cranks into gear and becomes a gaming experience unlike any other before too long. If anything, the odd animations and obscured purpose are a test to the player, as if OReilly is giving a polite warning that this might not be for everyone. Everything is about everything, from the smallest atom to the biggest planet and everything in between.

Once you tire of being a deer (or whichever animal the partly procedurally generated game “spawns” you as), Everything begins to unfurl. The deterring introduction will task you with random exploration and watching other similarly janky animals bumble their way through life. Certain icons will unlock new skills, such as the ability to switch into other beings and Descend or Ascend between levels. Finding these seems like random chance, which soon turns to frustration. For a game all about freedom, Everything’s pseudo-tutorial works against the player’s immersion, but, again, it feels like a roadblock placed on purpose.

The USP of Everything is that it allows you to be almost anything you want to be. Thousands of different models are playable, allowing you to live out your wildest fantasies of being pizza in peace. There’s an astonishing scope to the game, zipping you from a cigarette butt to a tractor and then back to an amoeba potentially within the same minute. Over time, the game’s many worlds open up to you with each new skill. Do you want to be a turd in space? You can be a turd in space, your primary school teachers be damned.

Ascending and Descending, the mechanisms which take you to new scales and settings, both create some joyful moments. Being a tree one minute and the sun the next was a transition that never really wore on me, often leaving me shaking my head with a wry smile. It was a similar story for the other small quirks in the game, such as being able to bond with other beings and even dance with them. If you say you’ve never wanted to see a snail, radio tower, and piece of chewing gum have a weird kind of tribal boogie with each other, you’re lying.

It’s in these moments that Everything is at its brightest: marvellous in its details and charming in its scale. Even the most cynical of fence-sitters would no doubt be bowled over by some of the things this little “walking simulator” can do. Everything doesn’t really belong to the walking simulator genre, either. It’s one of those games that doesn’t fit neatly into a category or the norm and it works in its favour.

Without a core, however, all of this would seem wasteful, almost like a tech demo. That core comes in the form of the principles of existentialism; why we are here and the purpose of being. It asks a lot of interesting questions of the player without coming across as pretentious, helped by the audio logs of esteemed philosopher Alan Watts found throughout. Watts is transfixing as he talks and had many valid points, though I couldn’t help but feeling that the music to accompany his beliefs was cheaply and manipulatively added to fake some grand revelation out of the player. As interesting as I found Everything and the teachings of Watts, I wouldn’t say that either changed my perspective as dramatically as OReilly was aiming for.

Everything also has a strange mixture of tone, like if Monty Python was written by Sartre. You can have one-sided conversations with other objects and creatures of the worlds and galaxies seen throughout the game where they will typically make a dry joke or complain about their friends. It’s mildly amusing to see a rock bitch and moan, but gradually grates more and more when it’s so at odds with the overall theme of Everything so often. It makes it random, disjointed, and hard to take seriously.

It seems perfunctory to give a score out of ten to a game like this, so I won’t. Everything will mean different things to different people and it might just change your life, but to me, it seemed too stuck in two minds to really stick to mine. That being said, it’s an experience, so whether you end up hating or loving David OReilly’s newest creation, it’s absolutely worth finding out for yourself.