Stock up on your vitamin B before you play this game. 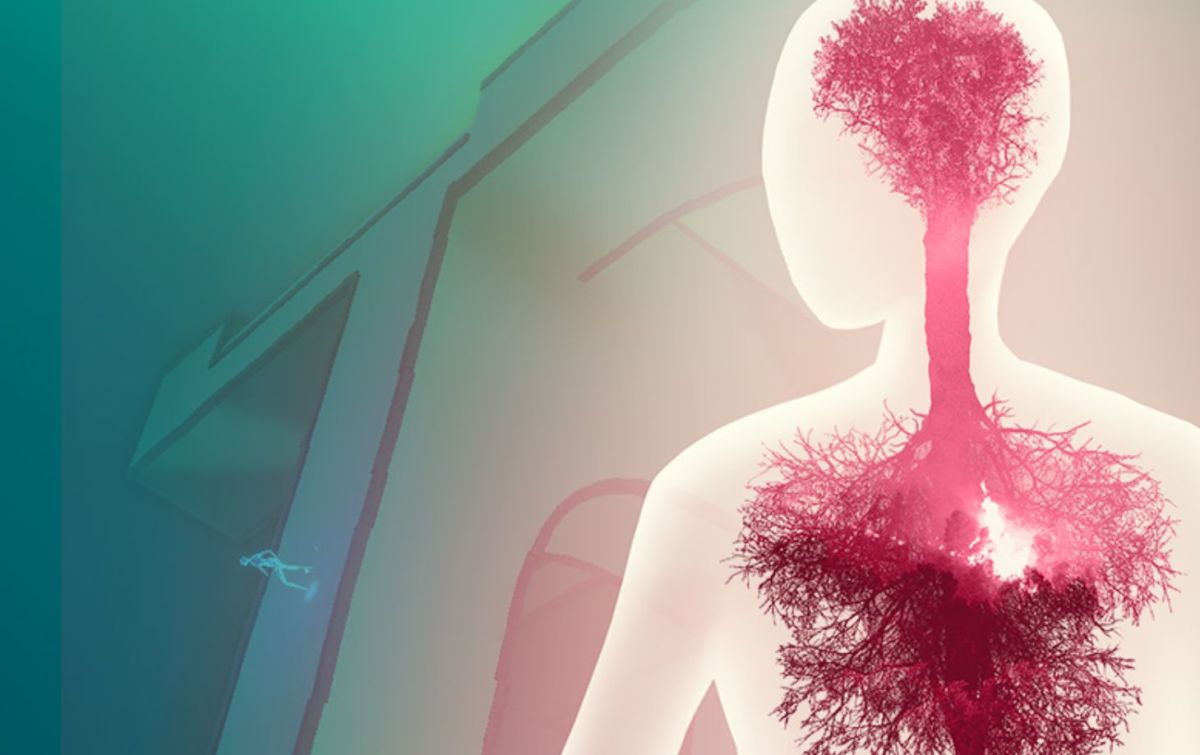 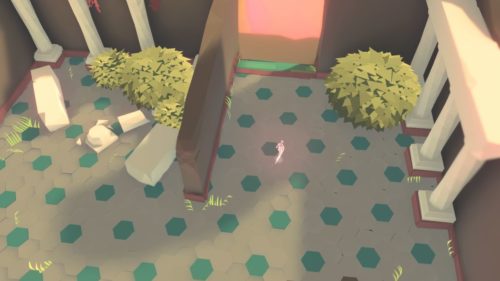 I’ve never played a game like Etherborn, and I’m not sure why. I’ve played platformers, puzzlers and well, puzzle-platformers and, yes, Etherborn feels  familiar in a sense and is easy to just pick up and play. In reality, though, Etherborn is something a little special.

In the preview buzz for Etherborn, I saw it get described as GRIS meets Monument Valley, and can see why. While I’ve never played GRIS, I have seen others play it. It’s a wonderful, artistic and elegant platform experience. Same could be said for Monument Valley, albeit as an isometric puzzle title. 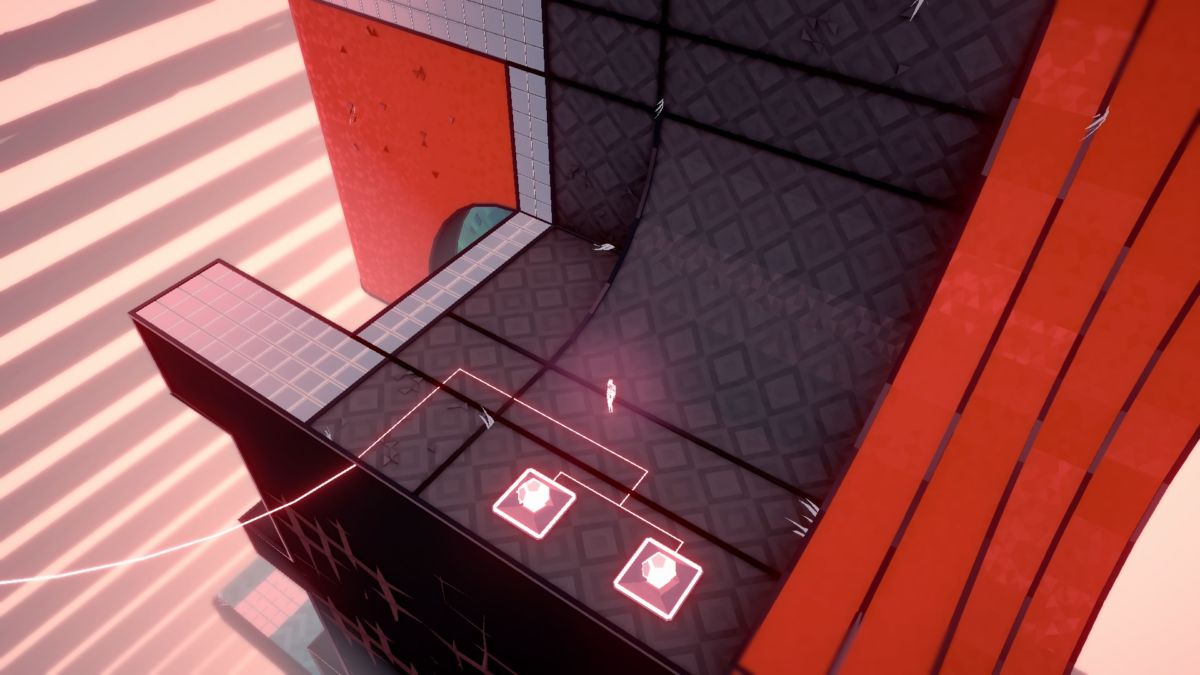 Etherborn plays like a platformer: there aren’t many controls, left stick moves the character around, there’s jump, run and an action button. Right stick moves the camera around to an extent, but due to the complexity of the level design, it doesn’t move a huge amount. That’s really all you need to contend with.

Levels take place on platforms suspended in the air and running off a sheer edge will see you plummet to your death. However, run toward a curved edge and you won’t fall. In fact the gravity will shift, and what was previously a vertical wall is now the ground. Yes, I’m aware that reading it doesn’t make a whole lot of sense. 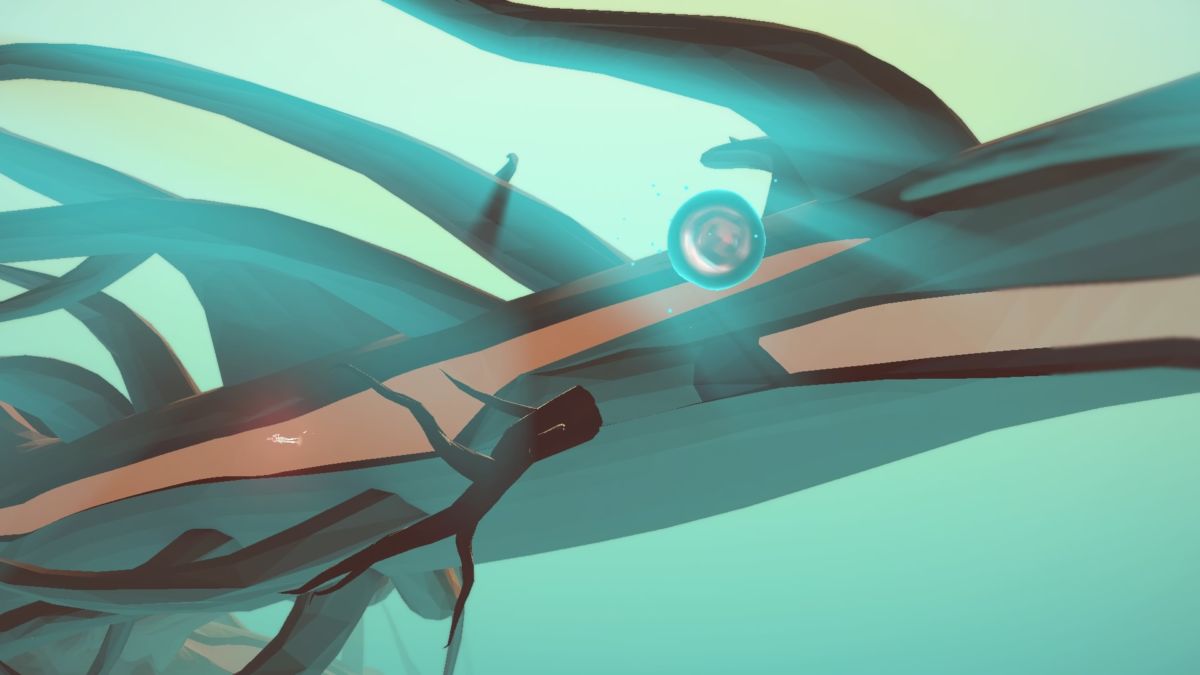 The gravity of Etherborn moves around, meaning that levels aren’t just made up of one plane to move around on. You can navigate onto the sides or undersides of levels; there is no real up or down. You just need to work out how to get there, which can be a brain-bending experience.

Much like GRIS, the platforming style of Etherborn is very smooth. Running and jumping is all very well animated, and they also feel very natural and easy to do, even for those who have never played a platformer before. However, the camera can be a little difficult to work with.The angles that it gives you always look great, but often I struggled to gauge the distance of a gap, or whether I was going to land on a lower platform when dropping. 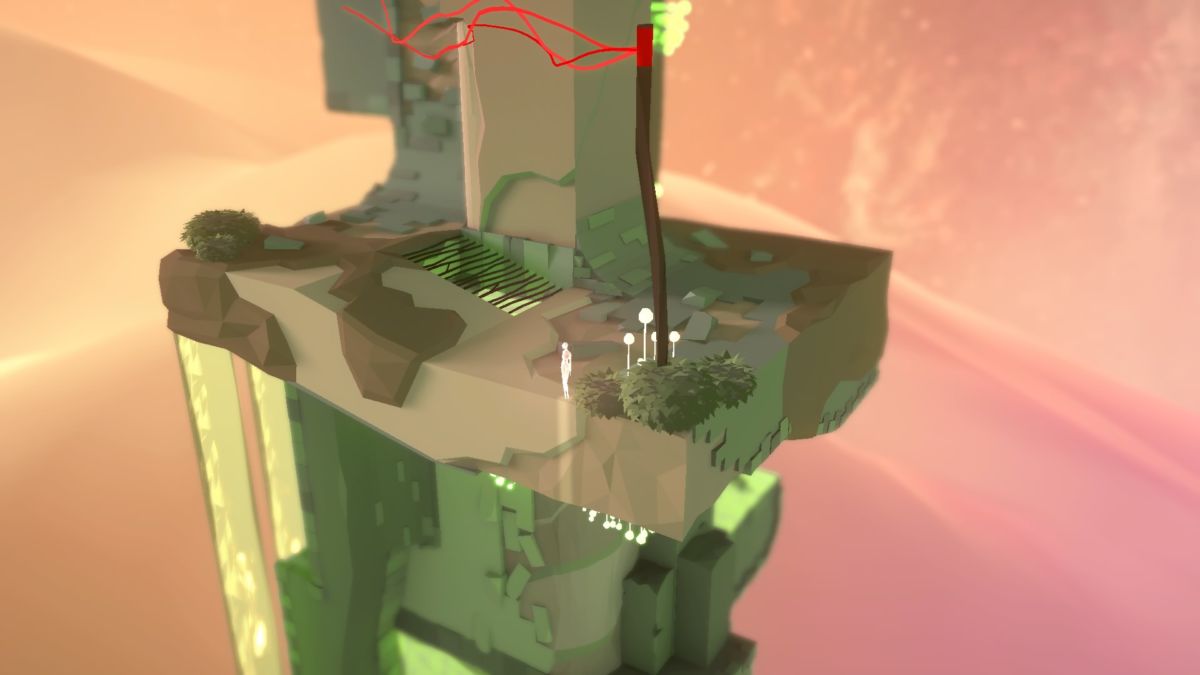 Etherborn’s levels are innovatively designed, the gravity shifting aspect of its environments making the whole experience mind-bending. Quite often I would find myself stumped at what to do next, but when I eventually worked it out, it all seemed so obvious. There are people who will find Etherborn a frustrating experience, but overcoming each level is very satisfying indeed.

Each level is strung together via a map screen known as the Tree of Life, from which you make your way down its branches to reach each new level. Levels have a simple goal: reach the end. This is done by navigating your way through the level looking for orbs, which need to be put in place to unlock new areas. Some puzzles involve you moving platforms to get to a key, while another saw me attempting to pass a wall which only appeared as I approached. Figuring your way through each level is a reward of its own. 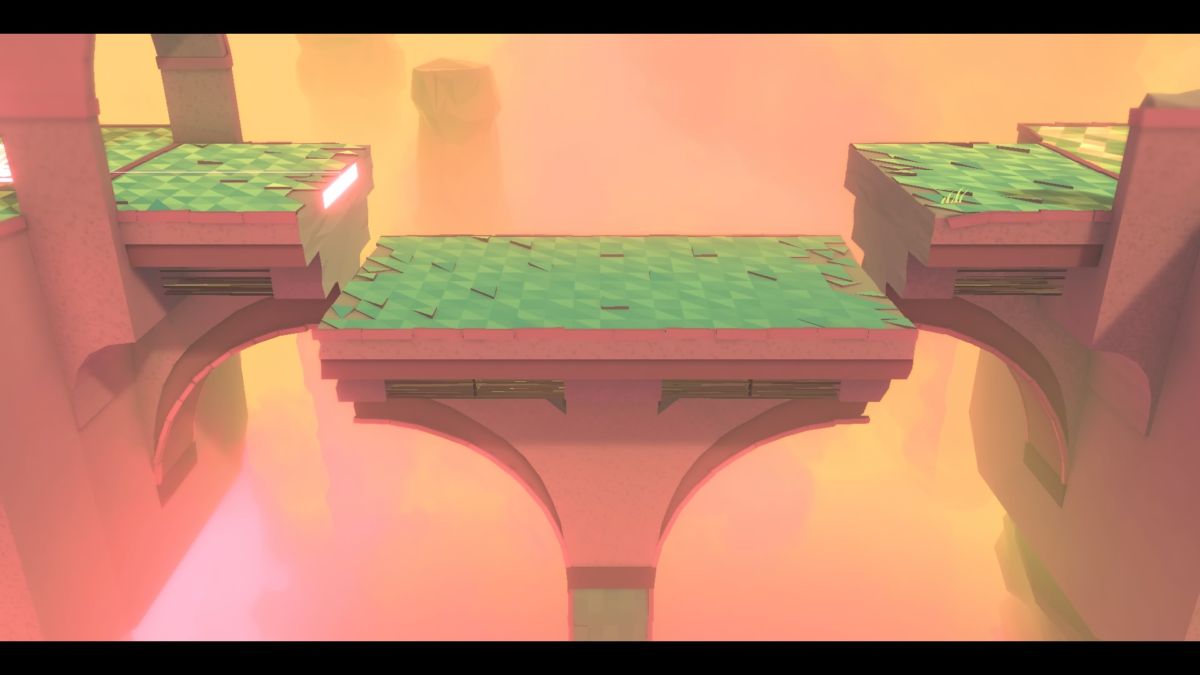 It’s hard to determine how difficult Etherborn actually is. Personally, I found it a little difficult. The shifting nature of the world is hard to get a handle on, and sometimes I needed to take some time to examine the layout of the level before I came up with a way of tackling it. I’m not ashamed to say that I hit a total dead end on a few occasions.

Etherborn looks beautiful. The lead character has no features, and appears to be a translucent body with a nervous system within. While the camera can often be far from the protagonist, they’re stark enough to be noticeable, and they glow slightly red in order to ensure that they stick out. 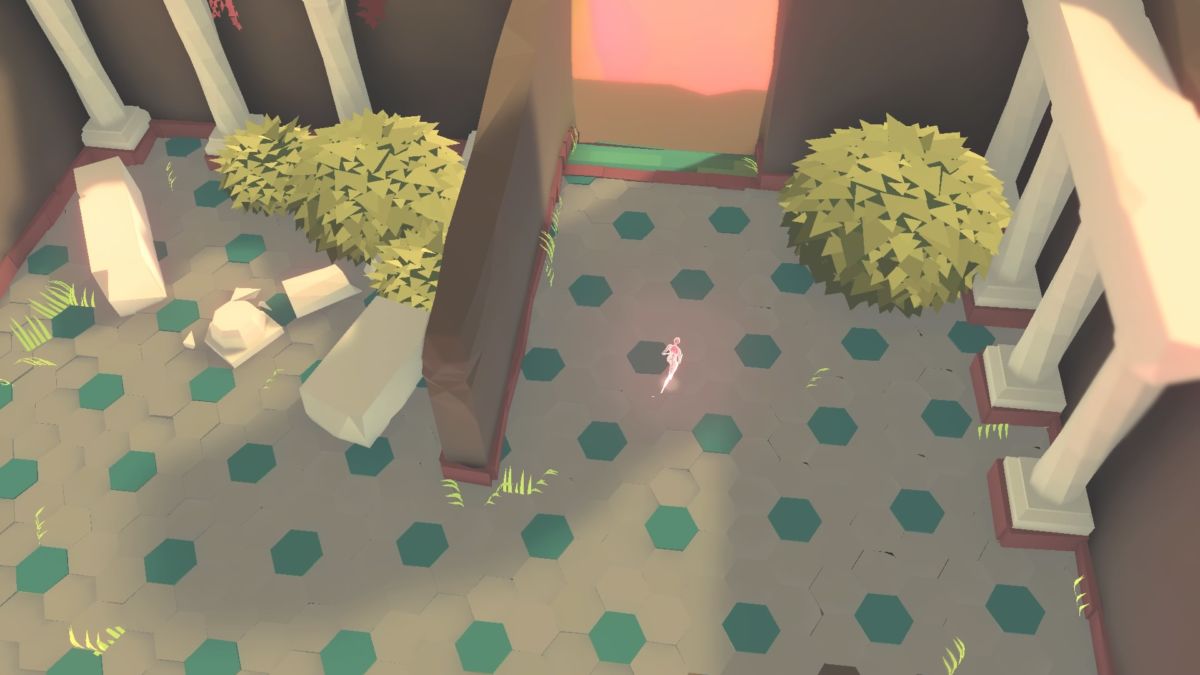 The art of the game has a dreamy, elsewhere feel to it. Generally bright colours, neons and pastel hues coat every surface of this Escher-inspired puzzler. The soundtrack is a highlight; the magical, mysterious feel of the music is perfectly suited to the feel of the game. It really helps to make Etherborn one of the most beautiful games you’ll play this year.

The plot is certainly intriguing, but I must admit: I couldn’t follow it. The basic premise of the game is to unite a voiceless body with a bodiless voice. I think. Cutscenes are filled with strange, seemingly confusing lines of disparate dialogue. I am certain that there is a meaning there, but one I’ve not picked up on, but I may play again to try and learn the ‘real’ story.

Etherborn is a visually stunning puzzle-platformer with a wonderfully mysterious soundtrack that really adds to the experience. It is also a very elegant game, one that is visually captivating despite having a minimalistic aesthetic. While the gameplay is interesting and innovative, Etherborn is marred by iffy camera work, making platforming elements a little frustrating. Still, it’s well worth your time, and since the game is only short, it doesn’t outstay its welcome and become annoying.

Verdict
Etherborn is a beautiful and innovative puzzle-platformer that can often be headache inducing, but even so it is very much worth your time.
8