EGX Rezzed 2017: AKA the Time I Almost Met My Favourite YouTubers 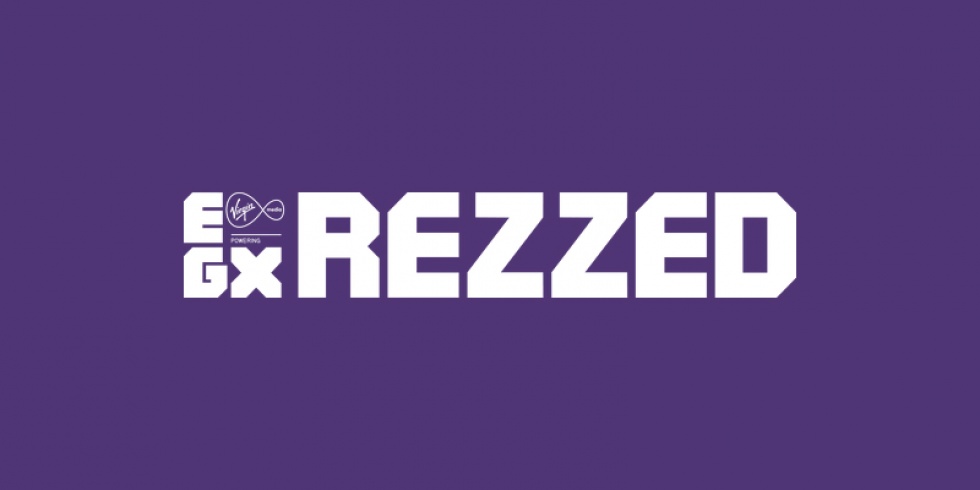 I’m an advocate of transparency when it comes to entering an unfamiliar environment. Sometimes it’s just necessary to ensure everyone around you is 100% on the same page. For this reason, on day one of EGX Rezzed 2017 I wore a t-shirt that boldly stated ‘I HAVE NO IDEA WHAT’S GOING ON’.

To say I felt like a charlatan introducing myself as press is an understatement. By about lunchtime on the Thursday I was seriously questioning whether I had bitten off more than I could chew. For a blogger as inexperienced as I it was completely overwhelming. Despite my nail-biting apprehension, I felt like I’d truly hit my stride by the end of it all, even if my brain did decide to vacate the premises the moment my final press interview was finished; of course, the game I was demoing was tricky-puzzler QUBE 2 which requires the player to use one’s brain, a difficult task when it’s already halfway out the door, suitcases packed!

Rezzed 2017 saw the indie gaming event return to Tobacco Dock in Wapping to showcase over 200 indie titles, from 15-minute mobile puzzle adventures to 40+ hour absorbing console RPGs. It would be almost impossible for me to choose just one highlight from the immense amount of talent on show, and I only managed to play a miniscule fraction of what was on offer – even after having to ignore all the VR titles such as Craft Keep or Dick Wilde, as my level of visual impairment sadly renders VR useless to me.

As a huge fan of BioShock and Dishonored, the main attraction for me on Thursday lay in two particular sessions on the developer stage: Ken Levine’s keynote talk, and Prey and the Arkane Factor, a talk with creative director Raphael Colantonio that showcased all-new gameplay footage and a discussion about the uniqueness of the game itself. My sidekick for the weekend, training partner and close friend Tegan, will attest to my excitement at viewing each of the gameplay clips: the game looks to have the same intricacy as Dishonored with the aesthetic of BioShock which is absolutely up my alley. Colantonio also showed off some of the powers and weapons at the disposal of the player, which looks damn cool and if I wasn’t eager before the talk, I certainly was afterwards.

Levine’s talk was insightful, delving into his reasons behind entering games development, the games that influenced him the most and providing humorous but honest glimpses into the process of developing a game; the hardships, the perfectionism, and the need to persevere. ‘Don’t disappear’, Levine said, regarding advice he would give to creative types in the face of consistent failure, which is a statement I think I need to get tattooed on my forehead. My highlight from his talk had to be his comments about the Fontaine boss fight at the end of the first BioShock game, and how ‘[Fontaine’s] butthole is fairly well rendered’.

All developer sessions were streamed live on Twitch and have been compiled into a playlist on YouTube which can be viewed here (the channel also has playlists for previous events’ developer sessions, for those unaware).

I came to Rezzed for the games however, and whilst I only played a handful of what was on offer, I definitely had a blast chatting to developers I did meet and seeing the wonderful, imaginative and sometimes downright weird creations they had brought to life. Every single game I played over the course of the event was fantastic and highly enjoyable, from the neon-lit OCTAHEDRON with its blood-pumping electronic soundtrack and fast-paced platforming or the serene Journey-esque landscapes of RiME traversed by the Boy and the Fox, solving puzzles and discovering secrets. I used a child as a projectile weapon in kooky 2D platformer Dad Quest, cleaned blood with a vacuum cleaner in 70s-themed stealth title Serial Cleaner and traversed a beautifully-rendered abandoned asylum in poignant psychological thriller The Town of Light (pictured below – not pictured is the abject horror I experienced upon discovering Mike, Ellen and Luke of Outside Xbox/Xtra stood almost directly behind me, or my friend rushing over to foist my business card upon them: sorry guys!) 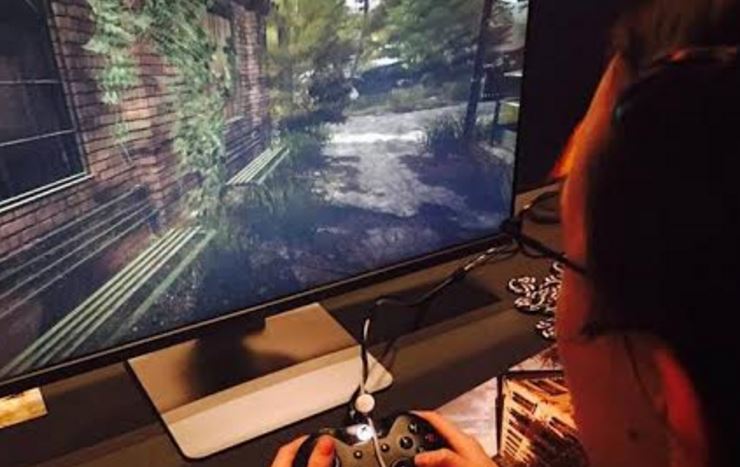 The event ended with me being approximately five people from the front of the queue when the Outside Xbox/Xtra meet-and-greet finished, meaning I was painfully close to meeting the hosts of my favourite gaming channels (*disappointed ugly crying*). However, the upside to this is you can see my ugly mug behind Andy in the group selfie below, and I got a hi-five from Mike who insisted on standing at the door and cheerily hi-fiving each and every person as they left.

Thank you SO MUCH to everyone who came to see us at @EGX #Rezzed! We absolutely have the best fans in the world :) Safe travels all! 💜🎮 pic.twitter.com/28mSplrcAD

To say I went home Saturday evening exhausted is an absolute understatement but it was the ‘good’ kind of exhaustion, the kind that comes after a completely exhilarating and kick-ass few days of total awesomeness. All that’s left for me to say is a million thank you’s. Thanks to everyone at EGX for organising and running such an incredible event. Thanks to each and every dev, PR rep and publisher for your dedication and diligence. Thanks to all of you awesome folks who attended the event and made it such a memorable weekend for all involved. And especially thanks to the universe in general, for giving me this amazing opportunity, helping not to make too much of a fool out of myself and allowing me to spend three days playing superb games instead of completing Boring Adult Responsibilities.

Now, if you’ll excuse me, I’m off to sleep for the next hundred years.