Eastshade (PC) REVIEW – Don’t Leave This In The Shade

Entrancing, magical, and beautiful, Eastshade is much more than a pretty picture. 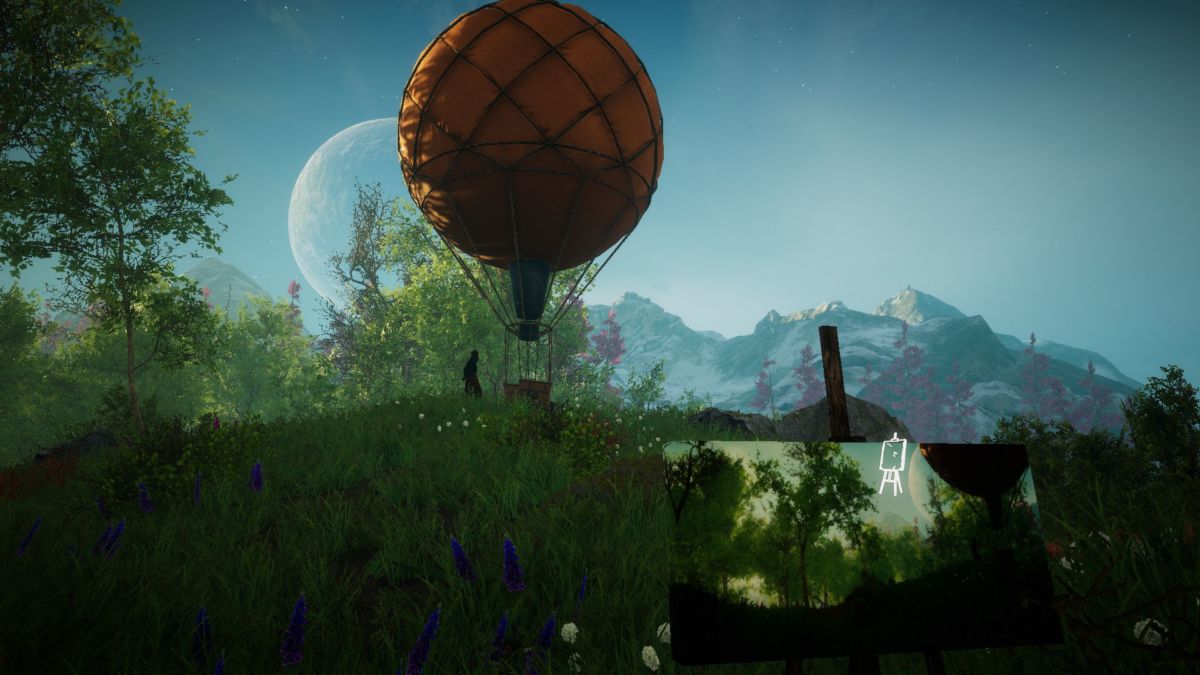 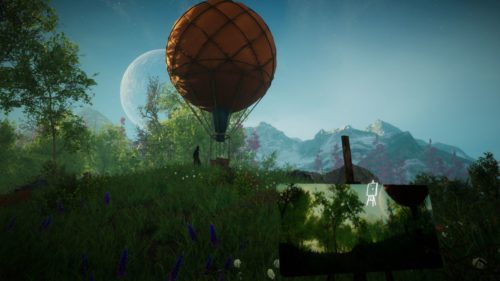 Have you ever stopped and asked yourself why you play video games? Maybe you enjoy the suspension of disbelief, being able to be a different person for a time? Maybe you love the competitive nature of games, defeating a player or difficult AI opponent, or perhaps you like the challenge of difficult title, and the rush of endorphins after beating it? How about playing games as a method of relaxation?

Gaming often gets described as exciting or challenging, but when was the last time someone told you they felt totally relaxed after playing a game? A couple of years ago, Eastshade Studios released Leaving Lyndow, a relaxing ‘walking simulator’ which saw you exploring a small, fantasy town. Leaving Lyndow was a prequel to Eastshade, but Eastshade is no walking simulator. In fact, it’s not even close. 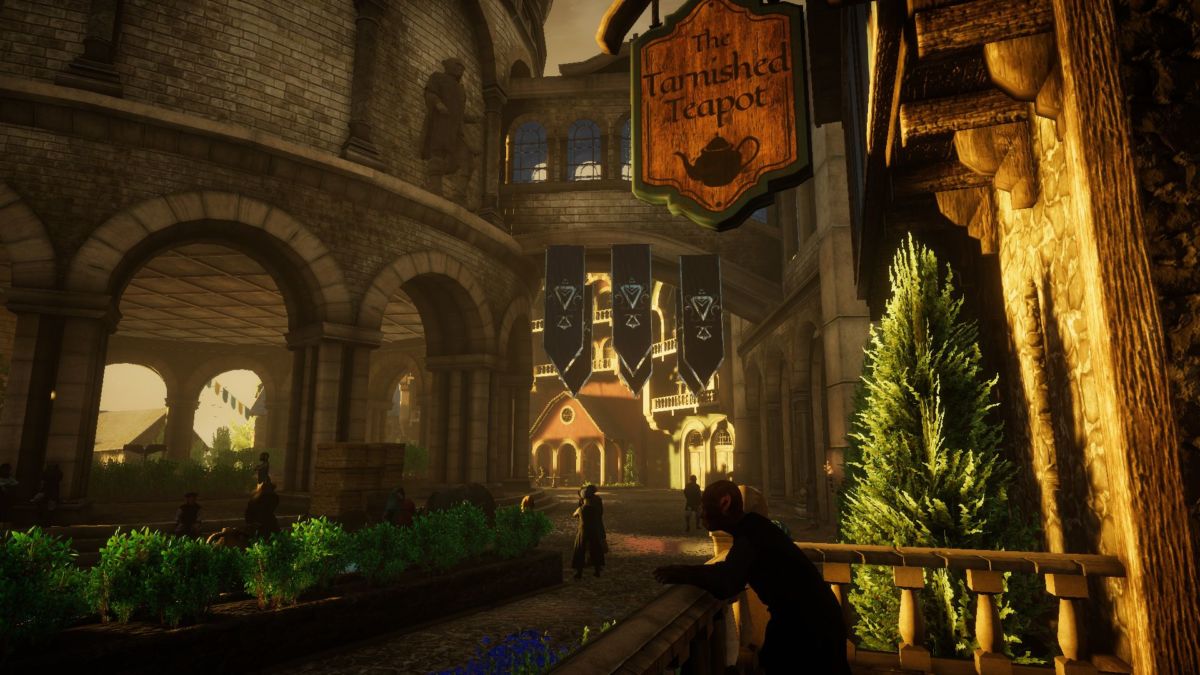 Eastshade sees you playing a travelling artist, who has ventured to the isle of Eastshade after promising his late mother he would take the trip and paint the sights. Eastshade is a first-person painting/adventure/fantasy game that sees you exploring the island and talking to its inhabitants. If you see something you like, grab your easel and choose your scene, then create some artwork.

The game starts off in very Elder Scrolls-y territory, seeing you on a boat travelling to the island. This brief section acts as a mini tutorial of sorts, and sees you interact with fellow passengers, picking up items etc. As soon as you have grown to know your fellow travellers, you run aground, and the ship begins filling with water. Naturally you are saved and brought to the island, starting the game for real. 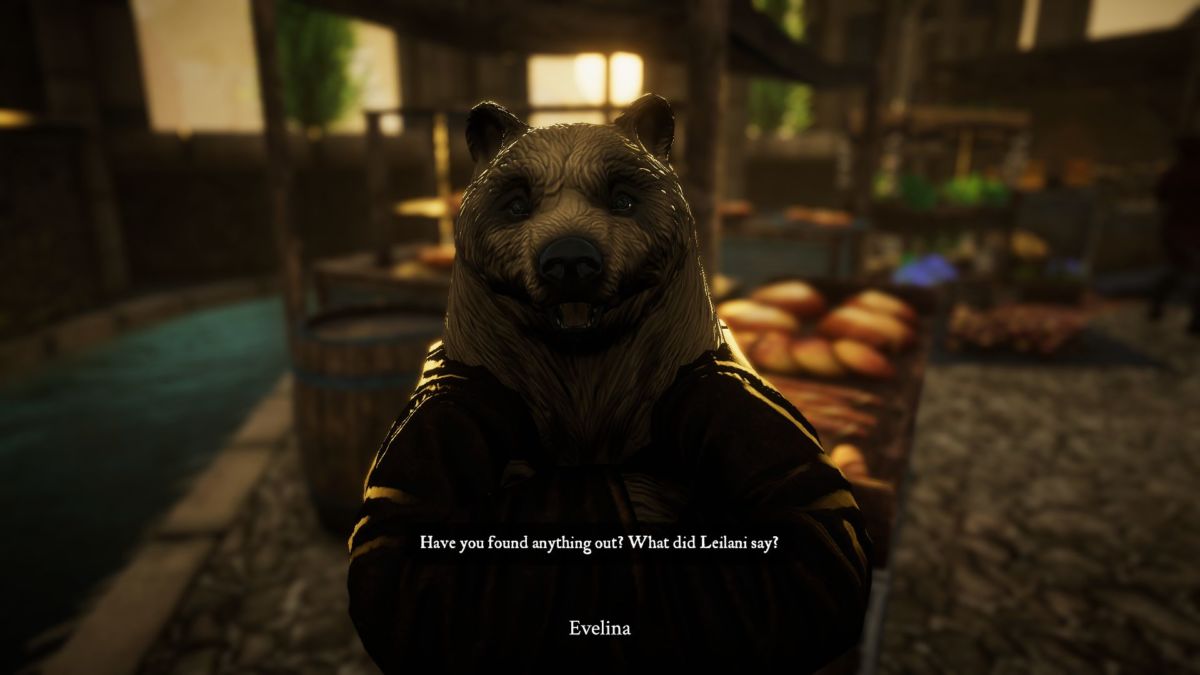 Travelling up off the beach and into the town, it is difficult not to be distracted by various locales within the woods, but if you do decide to venture off the beaten path this early, you won’t be stopped by any pesky invisible walls to block your path — most of this first section of the game is open to be fully explored from the very start.

In fact, the only invisible walls I encountered were the ones stopping me from walking into deep water. Otherwise, thick undergrowth, large rocks or cliffs are used by the developers to prevent you from venturing into areas that they don’t want you in. This does a great job of not breaking the illusion that this is a living, breathing world. 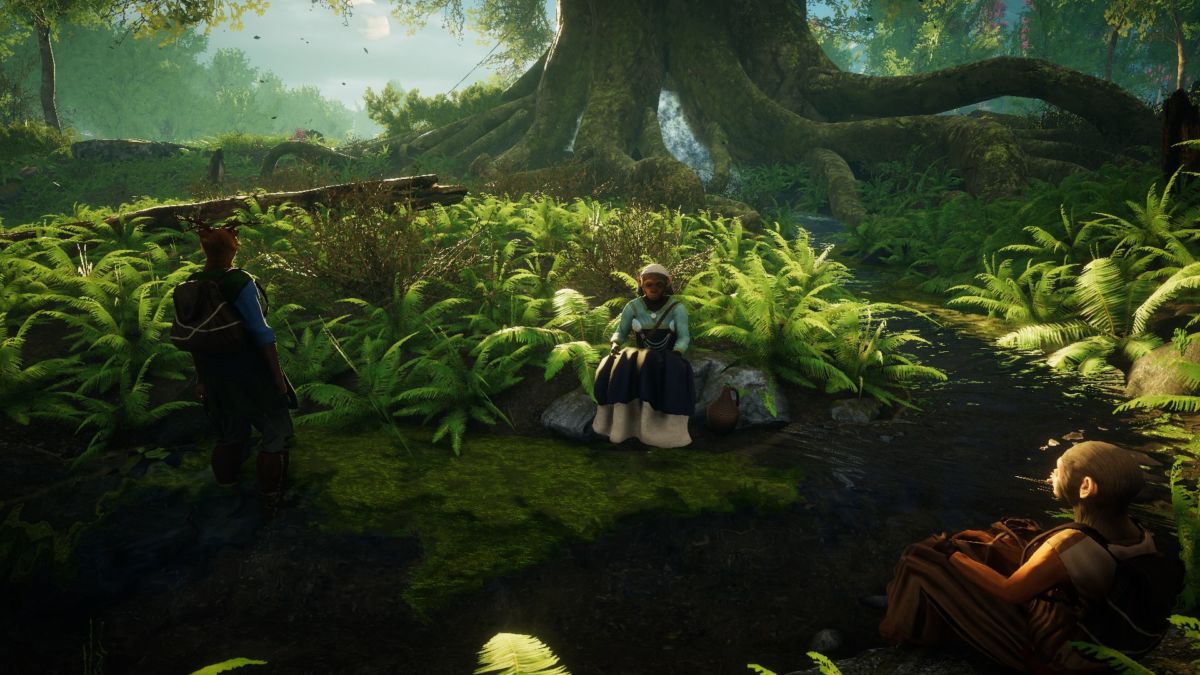 Speaking to NPCs is a simple experience: approach an NPC with a speech bubble above their head and click, or press E. A selection of topics appear on screen, usually unique to that NPC. Generic topics are under a sub menu and these can usually be asked to a number of NPC’s. Some NPCs act as a shop, and these options are, once again, under another sub menu.

Speaking to the residents of Eastshade is a pretty big part of the gameplay. Chatting to individuals helps to reveal more about the world and history of Eastshade. It also reveals quests. Largely, quests revolve around helping these people in various ways. Some just want a painting of something in particular. Others are looking for items, craft items or just help. While the quests are largely basic, they’re fairly short and don’t outstay their welcome, and the tone of each one is quite unique. 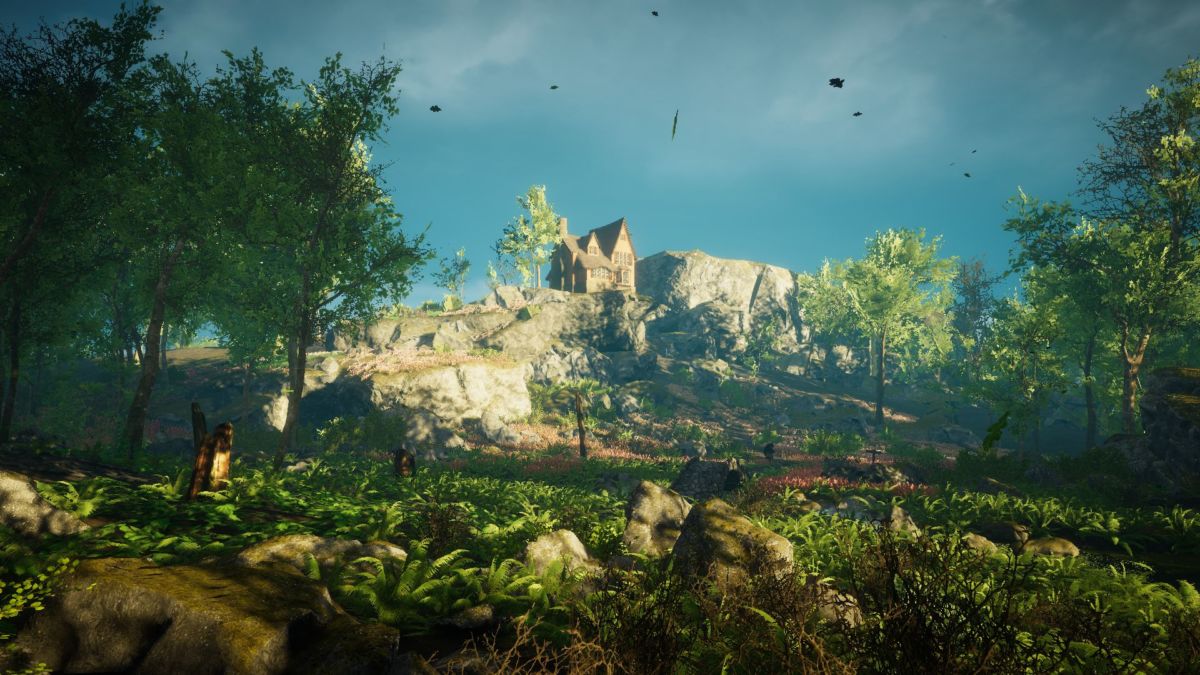 Chatting to NPCs isn’t particularly deep as characters don’t usually have much to say aside from the odd line here or there. It isn’t an issue, but characters aren’t that fleshed out. The character models look great, though — they’ve moved away from the human characters of Leaving Lyndow and now they have a humanoid-animal look to them, which gives the game world a unique feel.

Chatting to characters around the gameworld instantly makes Eastshade stand apart from the likes of other ‘relaxing stroll’ games like Firewatch or Everybody’s Gone To The Rapture. It makes the game feel more akin to an adventure game, albeit it a ‘lite’ version thereof. Eastshade also has a basic crafting system, allowing you to craft a number of items, but mostly single use items for quests or exploration; a coat to explore during the cold night, for instance. 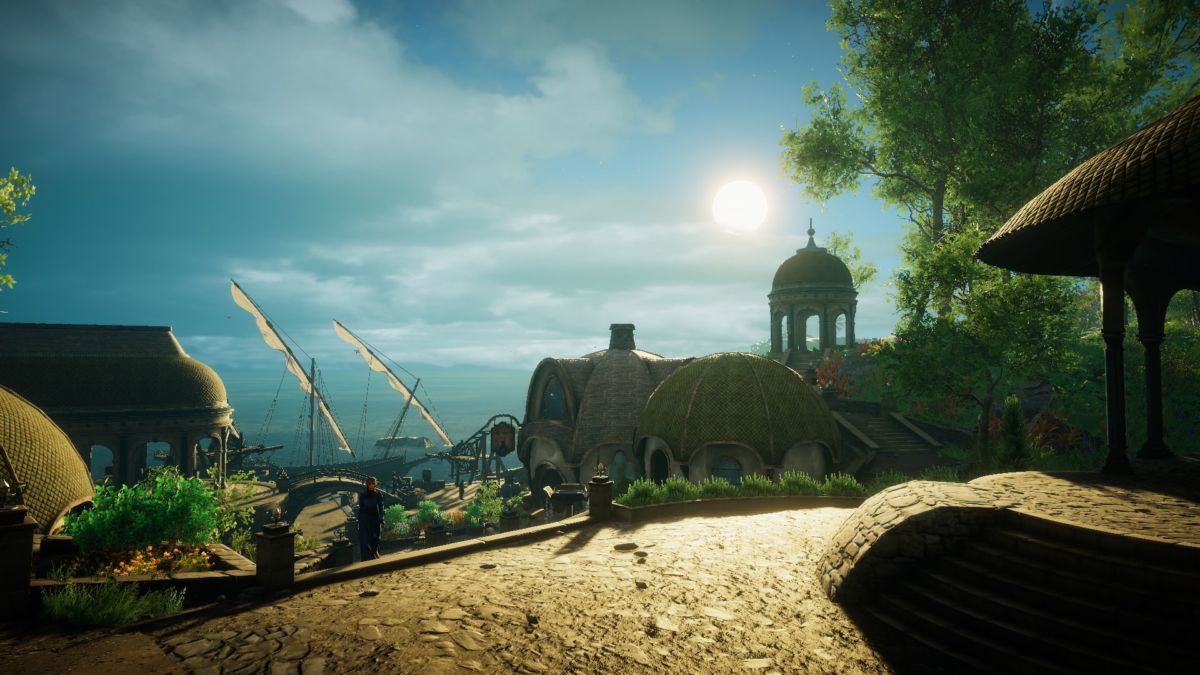 There is one item that needs to be crafted a number of times: your canvas. Finding boards and material around the world is important when it comes to building canvasses. Naturally, these are important for you to paint. Used canvasses can be reused and painted over, but if you have to give the painting to an NPC for a quest, or simply want to keep your work, you’ll need to craft more.

Painting isn’t as simple as finding a pretty landscape and doing your best Bob Ross impression. Your character needs inspiration, which is a points system in which your character receives inspiration points for visiting new locations. Each painting costs points so this mechanism drives the exploration aspects of the game. 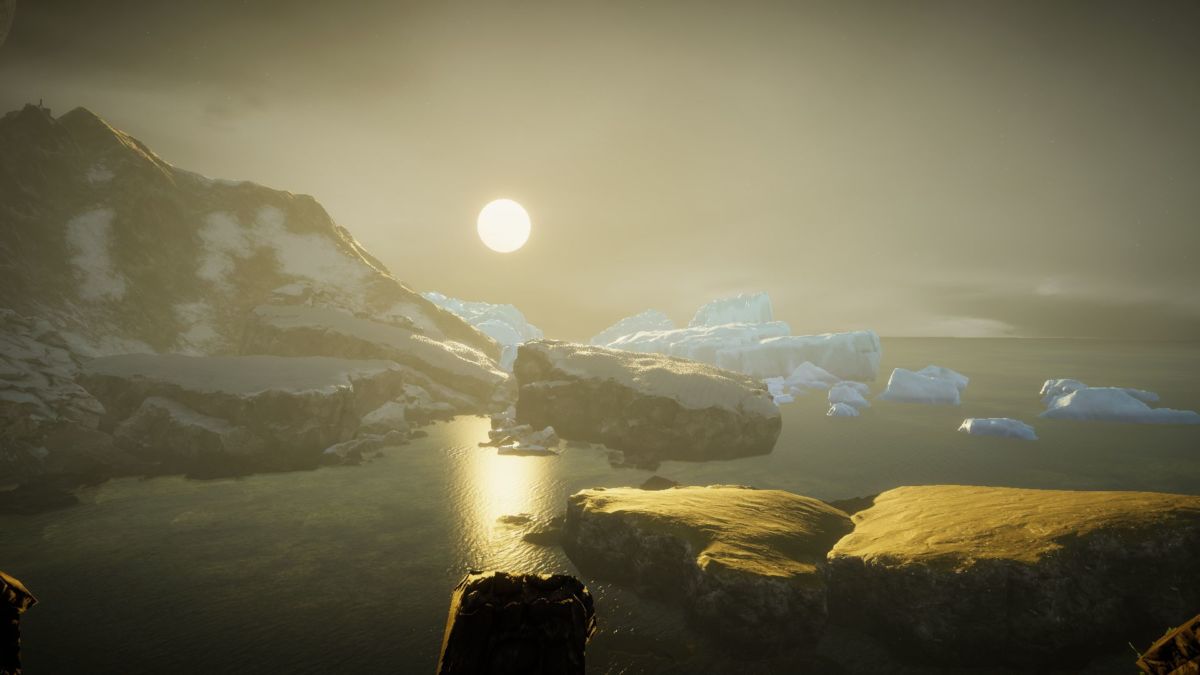 The painting aspect of Eastside is ever so slightly disappointing. I saw someone joking about Eastshade being ‘a game about taking screenshots’ on Steam, and they’re not overly wrong. Find yourself a nice vista, pull out your easel, line up your target, press E, and the painting is painted before your eyes. While this doesn’t lessen the game, it does feel that the painting dynamic is more of a gimmick than an actual, integral part of the experience. Despite the disappointment, I still enjoyed finding landscapes to turn into paintings.

Eastshade Studios made a conscious decision to not have the entire gameworld available to you from the off. Having the world split into sections could’ve been a tad annoying. Luckily, this seems to work for the best — travelling around on quests and doing favours meant I explored each area of the map with some detail, finding weird little bits and pieces along the way. It also paces the game nicely, allowing you to focus on one area and complete tasks and question in that area before moving on. 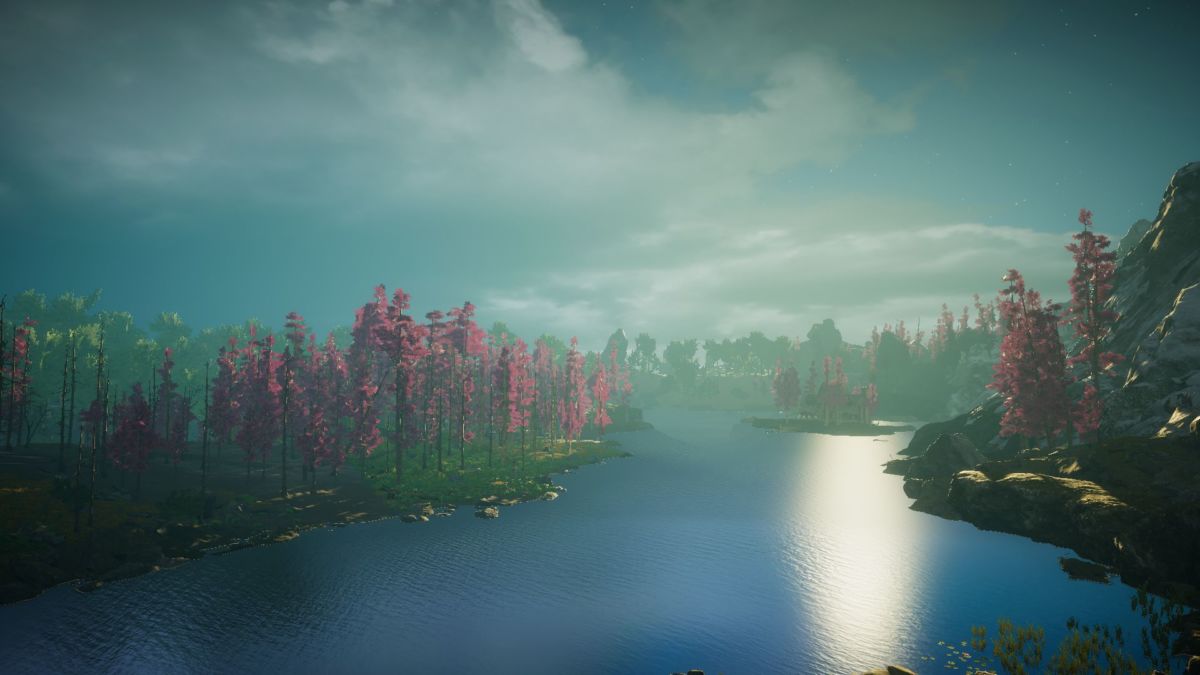 The size of the gameworld isn’t huge, but decent for an indie studio. However, Eastshade really left me wanting more. Not in a bad way, mind you: its world is so detailed and well made, that the game just made me want more and more game. It’s easy to lose yourself in such a well designed world.

As you can imagine, Eastshade is a very beautiful game indeed. Managing to look fantastical, colourful and otherworldly, while also remaining grounded and believable, Eastshade manages to balance all these qualities in a way few other games can. Graphics are bright and crisp and look wonderful, although on the highest settings I began to see some performance drops; nothing major, just the odd stutter. Lower settings proved to be smooth, and it is possible to drop the graphical settings quite a bit.

Each interactive NPC is fully voiced, and the quality of the voice work is actually very good for a game by a small studio. Eastshade Studios held open auditions for voice roles so the voice work quality can vary a bit, also some of the accents just sounded a little odd. The score by Phoenix Glendinning is wonderful and sets the tone perfectly, another factor that really reminded me of the world of Morrowind.

In fact, Eastshade does really remind me quite a lot of Morrowind, another game that I totally lost myself in the world of; few games have managed to do so since. Eastshade is an entrancing journey through a beautifully and lovingly made world, and you can really see why it took so many years to make. It manages to balance relaxing exploration with an actual game and gameplay. Eastshade may not appeal to everyone, but those looking for a gentle, magical exploration game may have found it in Eastshade. There are a number of ‘relax-em-ups’ on the market, but the odd flaw doesn’t stop Eastshade being one of the best available.

Verdict
Entrancing, magical, and beautiful, Eastshade is much more than a pretty picture.
9