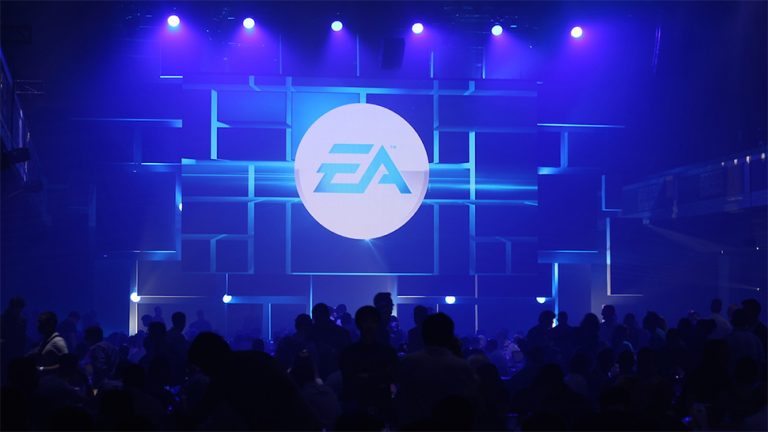 Well I, for one, think it’s pretty fair to say that EA absolutely killed it. I always worry that EA will be something of a mixed bag. They usually have some real show stopping gems hidden amongst children’s games and the drudgery of EA Sports (sorry, not a fan!) however this year I was gripped from beginning to end. They really made clear from the get go that they are bringing out the big guns, in a big way.

Their segment opened with an array of interstellar landscapes. Worlds just ready for exploring. It could only mean one thing… our first real glimpse at the long awaited, highly anticipated Mass Effect: Andromeda. It is clear from this trailer that true to the Mass Effect spirit there will plenty of opportunity for adventure and exploration of new worlds. No hint of further alien sex yet, but I’m sure we all live in hope. Mass Effect: Andromeda is due out in 2016.

Next up came Need for Speed. Driving games have never been my forté but I think you’ve always been able to get an idea of how advanced we are in terms of graphics and gameplay by looking at what the Need for Speed games are doing. They have an undeniable track record for being en pointe.  Certainly in this clip, we see real action visual seamlessly blend into video game graphics. The design work is beyond stunning and there’s no denying that heart, soul and a genuine passion for cars and for gaming goes into these games. The next Need for Speed promises more narrative, more customisation and generally aims to be a culmination of all the fan favourite aspects of previous games. The best news? If you are a fan of Need for Speed, you won’t have long to wait. It is due out 3rd November 2015.

Next up came newcomer Unravel. Unravel is… well, adorable. There is no other word for it. It will be a puzzle platformer about a little guy made of yarn going on adventures. The representative from the small independent Sweden based company talked alot about the inspirations behind the game and there is no doubt this is a game with soul. Rich details and beautiful settings accompany the puzzles but unfortunately I can’t shake the feeling this will get boring after 5 minutes. Sorry.

Plants V Zombies Garden Warfare 2 follows on the gaming for the sake of fun theme. I always feel like Plants V Zombies channels the Earthworm Jim / Ade’s Oddessey ethos of my childhood which is to be downright silly and have a lot of fun doing it. Whilst being somehow ridiculously addictive. Certainly with the live action demo that treated us to a range of the new characters you can play as this seems to be the ongoing theme. It’s also worth noting that for the first time in this series it’s the plants that are attacking and not the zombies, ready for an exciting new take on the hilarious Plants V Zombies adventure.

Moving swiftly on we came to NHL 2016. I have to be honest, this is wildly out of my comfort zone. I don’t play sporting games and don’t know the first thing about Hockey. However, even with no prior knowledge, I can tell you that the game mixes sheer brutality with stunningly beautiful graphics. Their is a real team ethos running through the game and I have no doubt that this is a winner for hockey fans everywhere.

Similarly, when we moved on to NBA Live I was equally at a loss. This didn’t stop me being wowed over by the Game Face HD app which allows players to capture their facial details and play a character that actually represents them. This is seriously cool stuff and in my biased way, I can’t help but feel this is somewhat lost on Basketball. I for one can’t wait for the day I can turn myself into an elf and go exploring mystery worlds. NBA Live is due out on the 29th November.

Mobile games are an undoubtedly growing area of the gaming industry and it was interesting to see what EA plans for this. First we were treated to a second dose of Star Wars with Galaxy of Heroes. Then, my inner child was fully indulged with Minions Paradise. Can’t deny it, I am a sucker for a minion and although I don’t doubt the game will be fairly terrible I still laughed my head off at the trailer. If, like me, you’re addicted to those little yellow guys you will no doubt be excited to meet new minion Phil as he makes it up to the other minions after ship wrecking them on an island.

Then came the moment I was dreading. The moment many people have been desperately waiting for. Fifa 16. However, I’m sure not one of us was expecting Pele himself to be on stage. I mean SERIOUSLY. I’m not a football fan and my jaw hit the floor pretty darn hard at that. Which then followed a good five minutes of talking about football.

Football. URGH. I’m sorry, E3 is a gaming conference is it not? This irritated me to the point of detracting from the coolness of having Pele there. I didn’t stay mad for long though. They announced (and about bloody time too) that they will finally be representing women’s football! Bloody hell, anyone would think it’s the 21st century or something.

Huge eye rolling aside, the moment I have waited for for what feels like an eternity… Mirror’s Edge Catalyst. This prequel game running from the jewel in EA’s crown ‘Frostbite’ has shown exactly the crisp, clean look that fans adore about Mirrors Edge. I admit, I had been a little nervous as I had heard guns were going to be more prevalent in this one. Fortunately they have stuck to their roots and Faith is her good old fierce without a firearm self. EA are promising no levels and no loading screens.  This will be a real chance to explore the concrete jungle of Faith’s world. I can’t effing wait.. fortunately I only have until February next year!

No wait… I’m forgetting something, small and insignificant…

I joke of course. It’s the game. The moment we have all waited for. Drum roll please…

This game is like a geek’s wet dream. Everything about it is jizzworthy. The appearance. The sleekness of the gameplay. The high immersive factor. Finally we can truly explore those planets we have dreamt of since we were children. The world is filled with those sights and sounds that are oh so familiar to us. The game will allow us to play first person or third person, multi player or solo. There really will be a way to get into this for every Star Wars fan, no matter their gaming preferences. It’s hard to talk it up properly because honestly I think I’m still jizzing from watching it… All I can say is watch it and make sure you have a stack of tissues handy.