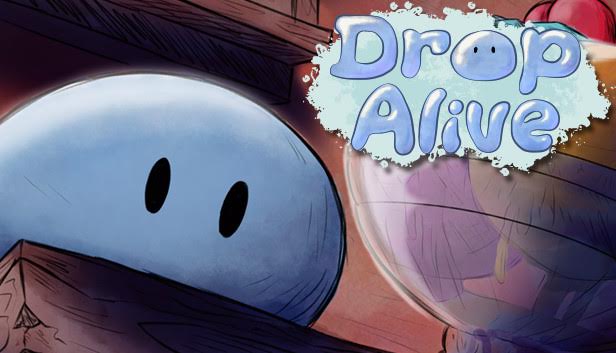 Isn’t it amazing how many years developers struggled to make 3D platformers? Literally years and years, video game generations have come and gone and only Nintendo have truly mastered the genre.

Fast forward to 2016 and there’s such a variety of 2D platformer available, especially on the PC. Games like Limbo, Unravel and the newly released Inside have really helped bring platformers into the modern age and proved that the natural style of the platformer should be 2D. 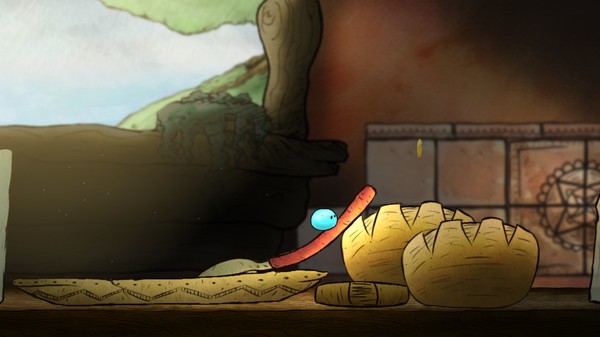 Drop Alive is obviously inspired by retro style 90’s platformers, but also the DNA of modern platformers is evident. Drop Alive has you playing as a droplet of water that has to get to the end of each level without hitting any hazards or losing all of your water. Jumping loses water, making each jump tactical; you need to know when to save and when to spend your water. Also water is lost by moving over sponges or hitting electrical sparks, but can be regained by collecting more water from taps or leaks.

Drop Alive’s retro style is also evident in its level design, which is fantastic and very well put together. Often levels can be almost maze like, twisting and turn back on themselves and underneath previous parts of the level. A slightly more modern take in that on some levels there have multiple paths through, giving you the option to work out which way works best.

A more retro style addition to the levels is the lack of checkpoints: if you die you have to go back to the start and try again. This is challenging but also gives you a sense of achievement when you finally complete a level – maybe I’m just becoming a little more impatient as I get older or maybe I’m spoiled by modern gaming but I found the latter, larger levels a bit of a chore as I had to continually make my way back through these difficult levels just to try something new at a particular point I had been struggling on. Most of the hazards in the levels are insta-kills, too, which can make travelling back through a level for the hundredth time frustrating.

The game manages to blend the retro styling with a much more modern style of gameplay. The limited amount of water you have to finish a level is reminiscent of Unravel, although the gameplay mechanics are different. The punishing style gameplay very much reminded me of Limbo, each level is also a puzzle based affair which require thought as well as fast reactions. Level based mechanics make some changes to your style of play, with one level plagued with high winds. Some levels require you to change form to vapour or ice, which changes play again.

Drop Alive is a fantastic little modern platformer. It’s been given away for free, but is well worth paying for, which you can if you like with its Deluxe Edition. It has a delightful hand-drawn art style which is works wonderfully well. If you liked Limbo and its kin then give Drop Alive a shot; it’s free and well worth it. It’s frustrating at times, but rewarding, has great level design and the whole game is a fantastic little idea.