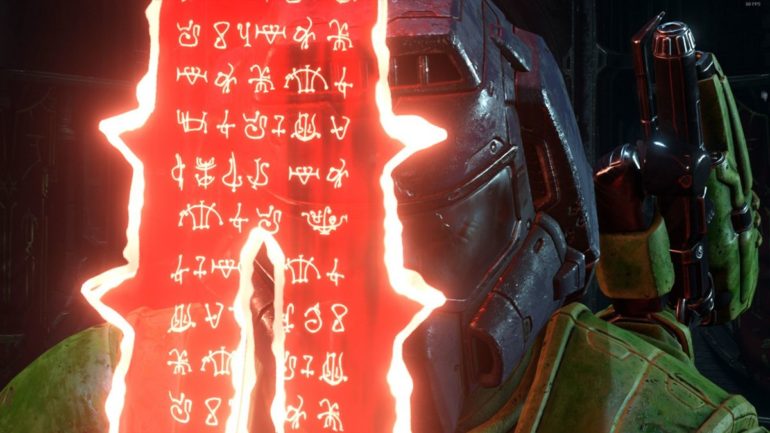 id Software’s’ DOOM 2016 reboot was a masterful modern update that cranked the demonic carnage up to 11. The granddaddy of first-person shooters was back in a big and bloody way, and within its opening moments, DOOM Eternal makes its predecessor look like a tutorial.

Building upon the scale and scope in every conveyable way, Eternal wastes little time in throwing the player right back into hell. Enemies, both new and returning, are not only more aggressive, but attack in seemingly endless droves. If you thought DOOM 2016’s emphasis on environmental traversal was stressful, be prepared to have your nerves frayed by Eternal.

It isn’t just that enemies are unrelenting, but the multitude of enemy types the player must contend with at a single time. In DOOM 2016, even with their back against the wall, there were few encounters the player couldn’t muscle their way through. In Eternal, sole reliance on brute force yields only death. 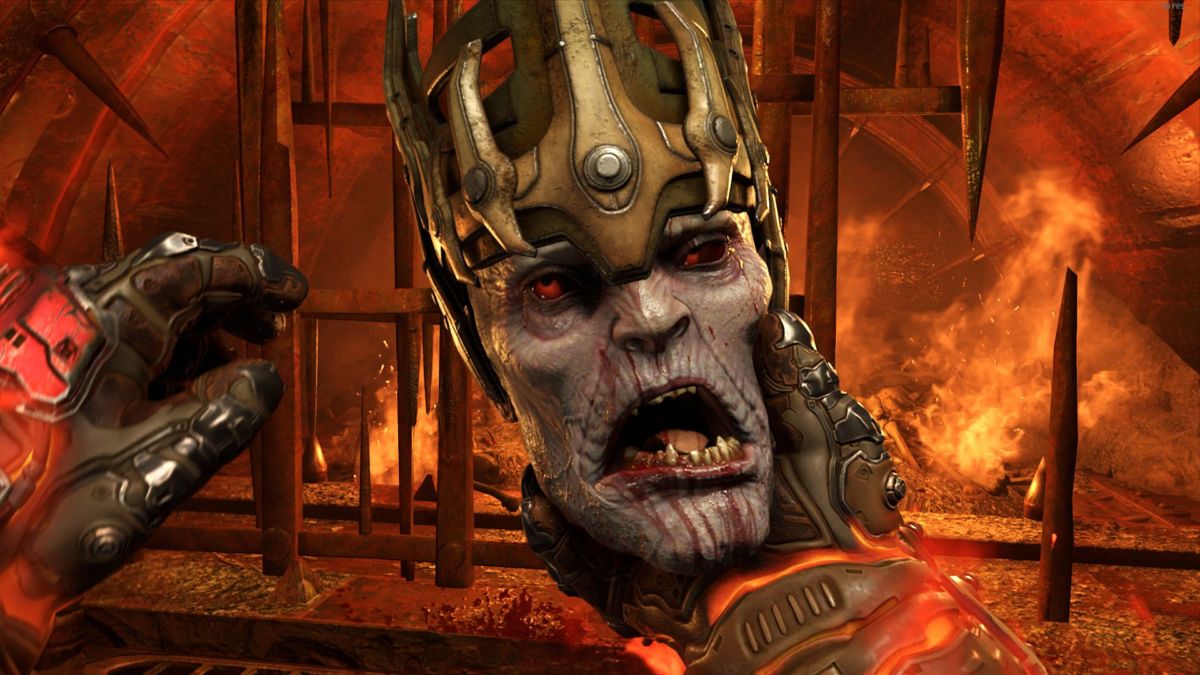 This places an emphasis not only on speedy environmental traversal but also weapon and modification swapping. Each of the DOOM Slayer’s weapons has two mods that offer versatile options for damage output. For instance, the combat shotgun can be transformed into a gatling shotgun or sticky grenade launcher at the flick of the D-pad. Allowing players to adapt to evolving threats in mere seconds grants them the means to abide by Eternal’s insanely fast ebb and flow combat.

To combat the game’s speed and sharp difficulty spike, Eternal continues the trend of redefining the DOOM experience by introducing tactical disarmament. The player now has the ability to disarm mid-tier enemies of their weapons, giving them a tactical advantage over enemies.

Take the monstrosity that is the Arachnotron: In addition to its agility and homing missiles, this arachnid boasts a devastating plasma cannon. To make this enemy a smidge more manageable, the player can disable its plasma cannon with a well placed sticky grenade or scoped shot. While this doesn’t completely nullify the Arachnotron’s deadliness, it does severely undermine its combat efficiency.

Tactical disarmament rewards player precision and applies an unprecedented layer of strategy to DOOM’s classic run and gun formula. This strategic element by no means erases the ethos of the traditional DOOM experience; rather, it enhances it. Fighting a dozen fodder enemies and two Mancubus simultaneously can be overwhelming, but by disabling the Mancubus’ cannons, the player has a choice in making combat more manageable.

Another layer of strategy that Eternal introduces is a stronger emphasis on gear utilization. From the classic chainsaw to glory kills to the new Predator-esque grenade launcher, each of the DOOM Slayer’s gear services a strategic function. The chainsaw causes ammo drops, glory kills are solely for health, and the new flamethrower, or “flame belch,” extracts armor shards from enemies. A failure to properly utilize gear results in the player turning into demon chow. These minute details give the player a choice in prioritizing resources they need to survive an encounter, rather than relying on randomness of environmental pick-ups.

In addition to Eternal’s brand new tools, id have made deadly tweaks to the DOOM Slayer’s standard melee punch. The Blood Punch is a modification that releases a devastating energy explosion charge, obtained after completing a glory kill. This new ability becomes essential for immediately clearing hordes of fodder enemies, who often attempt to restrict the player’s maneuverability. Requiring Blood Punch to be charged by glory kills is another smart facet of gameplay that rewards the player for seeking out combat, as without risk, there’s no reward.

The Blood Punch can also be strategically utilized to weaken higher-tier enemies, such as the heavily armored Cyber-Mancubus. The only way to destroy its heavy armor chassis is with a well-placed blood punch to expose its fleshy abdomen. Given how powerless the player can feel when faced with hordes of enemies, Eternal’s strategic disarmament empowers them in a way DOOM never has before.

DOOM Eternal had colossal shoes to fill. DOOM’s 2016 reboot served as a refreshing new age adaptation of a classic I hold near and dear to my heart. As a result, I was doubtful that id Software could once again meet my unrealistic expectations. And, once again, id surpassed my expectations by refining and implementing new gameplay mechanics that make Eternal a resounding success.