Don Callis: The Fall And Rise Of A Wrestling Genius

Move over Vinnie, it's all about the Don. 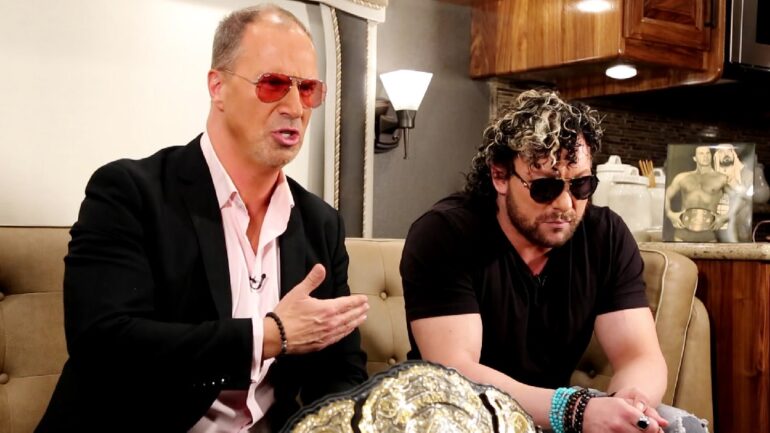 Many fans would argue that Don Callis is a wrestling genius, but does that stand up today? In recent years, he has featured in high-profile promotions like NJPW, Impact Wrestling and AEW – perhaps proving the creativity of his wrestling mind. Callis has had a long career though, so it’s important to know the context upon which he has built his decade spanning tenure.

Since his in-ring debut in 1989, Callis has transitioned from an indie wrestler to a manager, commentator and backstage figure/executive. Callis spent the late 1980s and early 1990s in Canada, wrestling under the various names such as “The Natural” and “The General”. He captured a smattering of singles and tag titles in the time between his debut (1989) and signing by the WWF in 1996, all of which were in small-time promotions around Manitoba and Quebec.

Callis has shown time and time again, especially in recent years, that he could be considered one of the strongest creative minds in wrestling. This has transferred from New Japan Pro Wrestling to Impact Wrestling, and now to All Elite Wrestling, since his return to the industry in 2017.

A polarising figure, with a powerful personality to boot, he has rubbed some the wrong way throughout his career. However, he has managed to remain an important figure in the American/Canadian wrestling scene many decades after his first appearance.

Callis gained notoriety in the late 1990s in the WWF, playing a power-hungry yet charismatic character known as “The Jackyl”. His creative instincts can be seen somewhat in his WWF days, as he jumped from gimmick to gimmick and faction to faction in his years there.

He enjoyed a short stint of a few years at ECW, highlighted by his “Cyrus the Virus” character (which was his first notable exhibition on commentary). This demonstrated his versatility, but it is much later in his career where I would argue his “wrestling genius” flourished.

In 2004, he amicably departed from wrestling for a job in international trade, however he kept ties to the pro wrestling world throughout his time there. This included a one off appearance at ECW’s Hardcore Homecoming show in 2005 and a Winnipeg radio show he continuously hosted.

Upon returning in 2017, he jumped into the commentary booth alongside Kevin Kelly (and others) for NJPW. His commentary had variable highlights and lowlights. While he did deliver numerous memorable calls in big matches, at times he was overbearing, stretching his colour role too far, even overshadowing his play-by-play partner at various points during his over 2 year run.

However, perhaps his NJPW stint is more remembered for his role in the Kenny Omega vs Chris Jericho storyline. He was on commentary duty for the culmination of their storyline: the No DQ Wrestle Kingdom 12 semi-main event for the IWGP United States Heavyweight Championship. He also featured in a surprise attack angle at NJPW World Tag League Final in late 2017, helping to further the narrative.

Most importantly though, Callis is credited for being the “invisible hand” behind the storyline, proposing the original idea for the Wrestle Kingdom match. This shows the great wrestling mind Callis has, as he will happily tell you himself, the match was very successful for New Japan.

The programme really set alight the company’s Western expansion, attracting masses of new, especially American, fans to the product. I don’t think running a big show in the world renowned Madison Square Garden in April the following year would have been possible without this match.

Don Callis has also shown his worth in Impact Wrestling, serving as an EVP (Executive Vice President), alongside Scott D’Amore since December 2017. He has noticeably improved the creative aspect of the product during his continued tenure. For example, the LAX vs OGz storyline was a definite highlight, once again proving that Callis has a great mind for wrestling storytelling, as their feud was one of the most compelling of that year.

Of course, this mostly comes down to the talent involved, but Callis steered the Impact Wrestling ship while the feud was in motion. Callis oversaw the growth of Impact main event talents such as Sami Callahan, Tessa Blanchard and Moose, watching them all become better pro wrestlers during his time as EVP.

More recently, Don Callis has appeared in AEW alongside fellow Winnepegian, and reigning AEW World Champion, Kenny Omega. Whether it be AEW’s Justin Roberts or Don Callis himself, the ring announcer is sure to remind everyone that Winnipeg is the wrestling capital of the world whenever Kenny Omega makes his entrance.

Their onscreen AEW partnership began when Callis was on special guest commentary during Jon Moxley’s title defence against Omega on the AEW Dynamite: Winter is Coming (December 2nd 2020). He got involved in the match, helping Omega to claim the title and kickstarting their partnership in AEW. It has carried through the recent weeks in the ever-developing, ever-intriguing, Kenny Omega storyline with the Young Bucks and Good Brothers.

Callis has added so much to the presentation of the ‘Best Bout Machine’, as Kenny isn’t the best promo in wrestling today. The package of Omega and Callis side by side has opened so many doors for storyline potential – some already explored with the Impact Wrestling links.

The aforementioned ties between Omega, Callis and fellow AEW roster member, Chris Jericho could lead to an interesting title feud down the line. Not to delve too deep into fantasy booking territories, but Jericho could interject himself into Omega’s business and play off his relationship with Callis to build an intriguing storyline – questioning Callis’ partnership with the current champion.

Back to reality, Callis’ wrestling mind has already helped Omega build himself as a very impressive top champion in AEW, adding stock to the argument that he very well could be classified as a “wrestling genius”. It is  definitely a term which is brandished around way too often, but I do think Callis is deserving of the title.

His impressive decade spanning wrestling resume has developed more and more in these past few years. I believe his work alongside Kenny Omega has incredible potential, and if given adequate time by AEW, it could flourish into one of the best manager/wrestler partnerships of recent memory.

READ NEXT: Should Edge Win The 2021 Royal Rumble?