A great port of a great game. 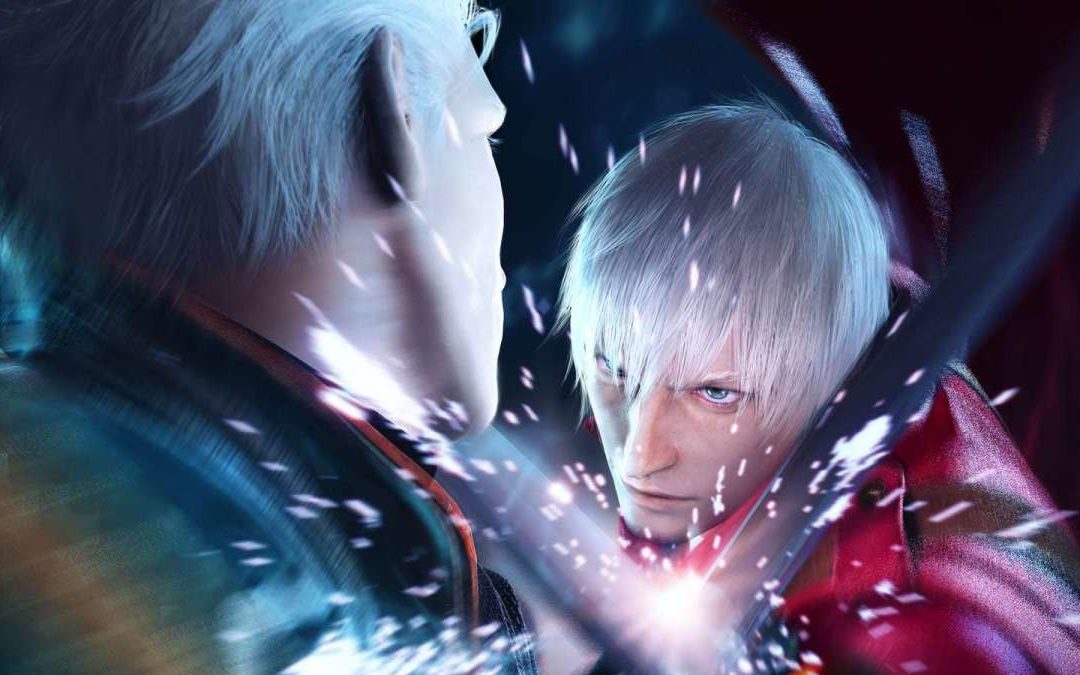 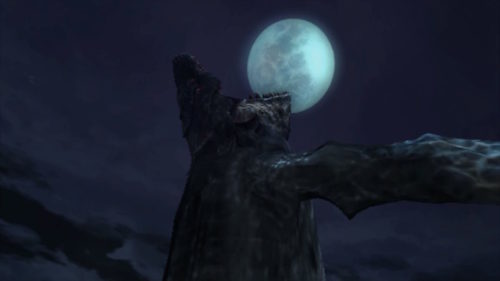 It’s pretty wild to think that it was a whole 15 years ago when Devil May Cry 3 was first released on the PlayStation 2. The Devil May Cry franchise is one of the most beloved and enduring series ever put out, recently cemented by the success of the latest demon-bashing outing in Devil May Cry 5.

DMC 3 is, arguably, the best instalment in the series. So, the biggest question is just how well does this over-the-top action classic hold up as the next in a growing line of Switch ports? The short answer: really, really well. In fact, I’d go as far to say that it feels just as fresh and exciting today as it did when it first released way back in 2005 on the PS2. 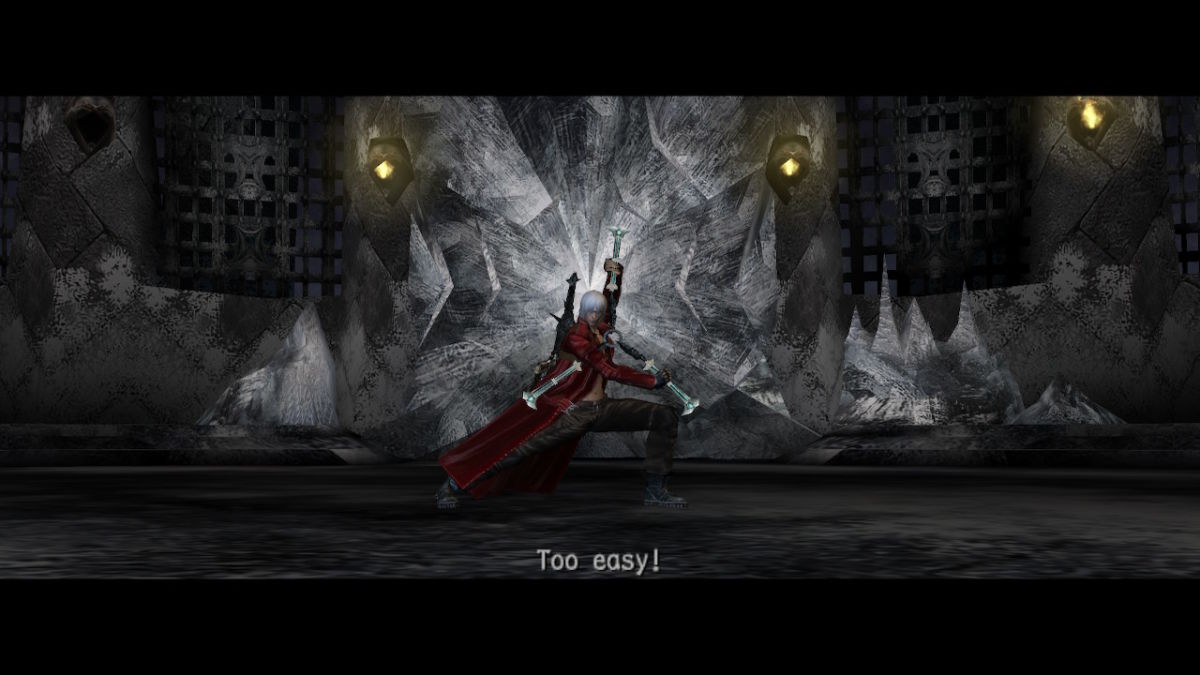 Two years ago, Capcom released the Devil May Cry HD Collection on PS4 which was a fairly run of the mill port of the same collection from the previous console generation (a remastered remaster, in short). Ultimately, it was just ok but offered nothing fresh or enticing to a new wave of players that may have missed out on the Devil May Cry games – certainly nowhere near enough to sell exactly what made them so much fun 20 years ago. The Special Edition port on Switch, however, more than makes up for that issue.

Devil May Cry 3 is a prequel to the first Devil game, featuring a younger, much cockier Dante facing off against his twin brother Vergil, who has his sights on both opening the gate to a demon realm and the amulet worn by his brother. Dante is given a violent invite to the demonic tower, Temen-ni-gru, by Vergil’s creepy assistant, Arkham. Dante, of course, accepts the challenge, not wanting to miss the party (also, take a drink every time Dante says the word ‘party’). 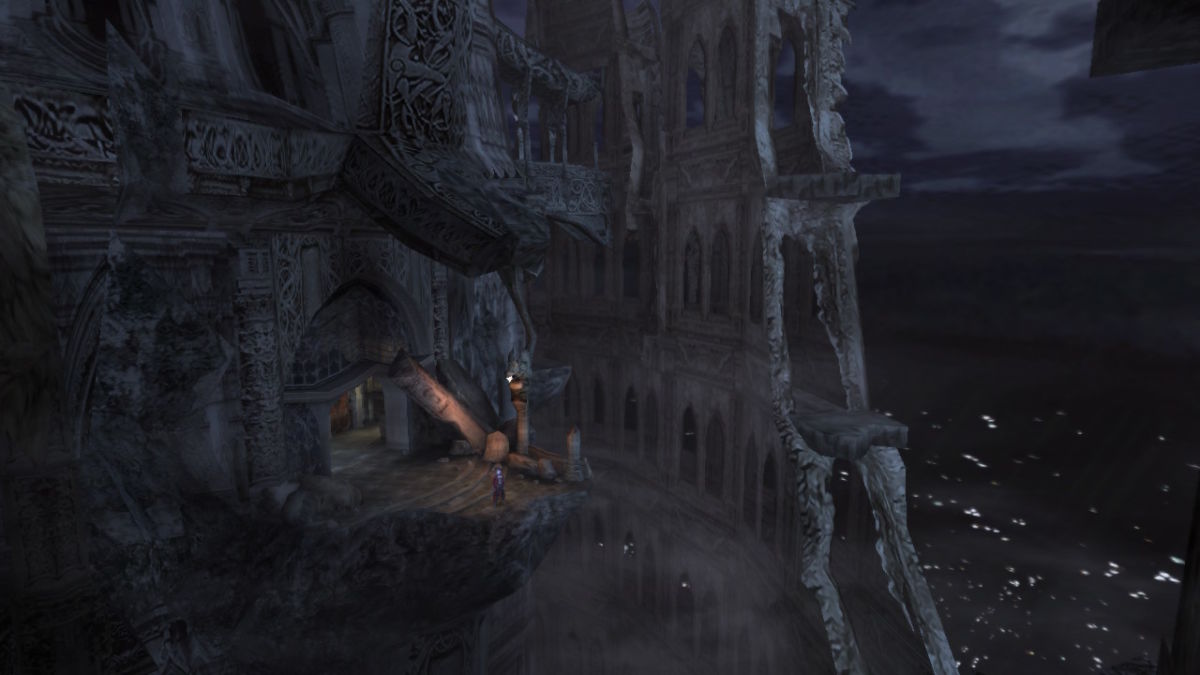 This time around, DmC 3 lives up to its Special Edition tag by coming equipped with additional features from the get go: Style Switching, Weapon Switching (encapsulated in the main game’s Freestyle mode) and a two-player option for the Bloody Palace mode.

While being able to swap between fighting styles and weapons mid-combat aren’t exactly new additions to the series and are very much commonplace in both Devil May Cry 4 and 5, it still manages to feel like a revelation here. In the original version of Devil May Cry 3, players had the choice to pick which of four styles they wanted to use for a level either at the beginning of a mission or by accessing a Divinity Statue during. These four styles are Swordmaster, Gunslinger, Trickster and Royal Guard. 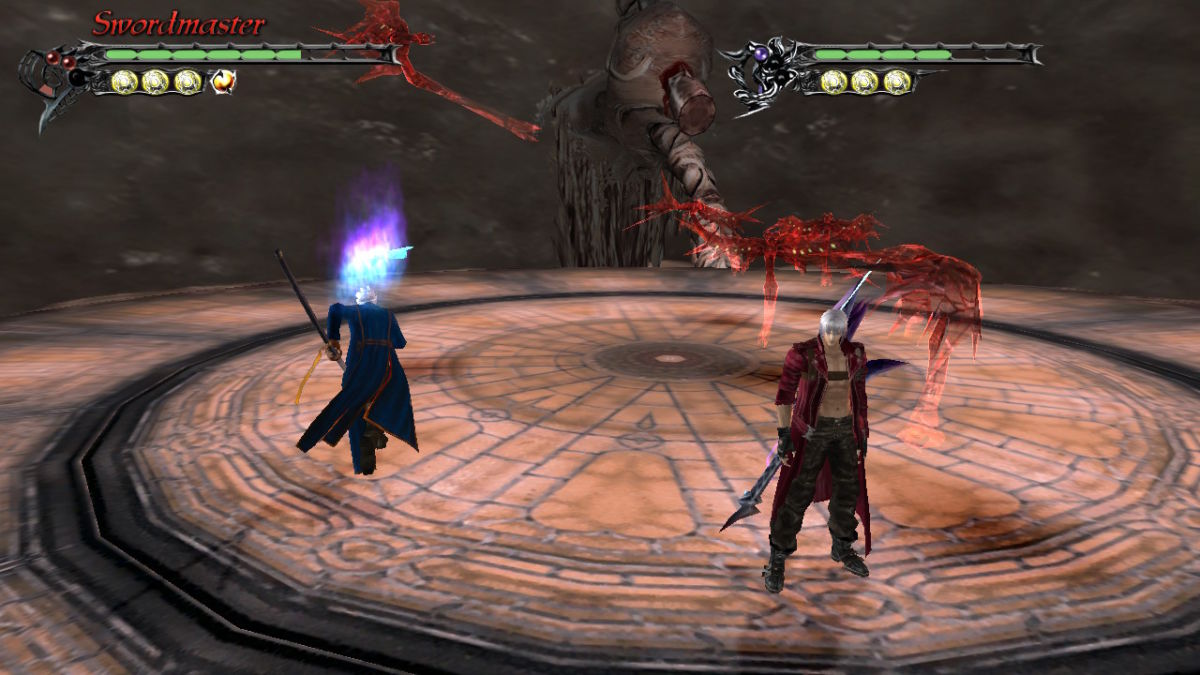 You can opt to play in this manner, but frankly, the freedom of Freestyle means you can simply never go back to an older port of Devil May Cry 3. Being able to use the D-pad and instantly jumping from Gunslinger to Royal Guard, back to Trickster and then Swordmaster changes everything. In the grand scheme of things, it is only a small touch, but one that’s entirely welcomed.

The ability to switch it up between guns and melee weapons also helps the combat immediately feel both wonderful and chaotic, exactly the way it should. It opens the game up to more inventive combinations, making those S ranks and higher more easily attainable.

Aside from the Freestyle combat option, the gameplay of Devil May Cry 3 itself remains essentially the same game as it was on its PS2 iteration. You progress through each level, smashing various demonic foes and fighting a number of bosses along the way. The bosses remain delightfully eccentric and unique, retaining their challenging stature and learning curves, though thankfully never to the point of impossibility. You still collect orbs and tackle the occasional secret mission, alongside mastering your ever-expanding arsenal of weaponry. 15 years on and DMC 3 has lost none of its charms.

It does, however, retain the same flaws from back then, too. Most notable are the graphics showing their age. The environment and textures are low in detail, as are the characters, with both especially noticeable in pre-rendered cutscenes. The often restrictive camera during gameplay adds to the niggles – you will often find yourself in tight environments during combat scenarios with little clue on an enemy’s exact location (other than locking on to them with your gun). It doesn’t help that you can’t change the camera angle with the analog stick, so you’ll just have to fire away and hope for the best. While it’s a shame that this dated camera work couldn’t be remedied as it will no doubt frustrate a modern-day player, I hazard that this would be asking a bit too much. 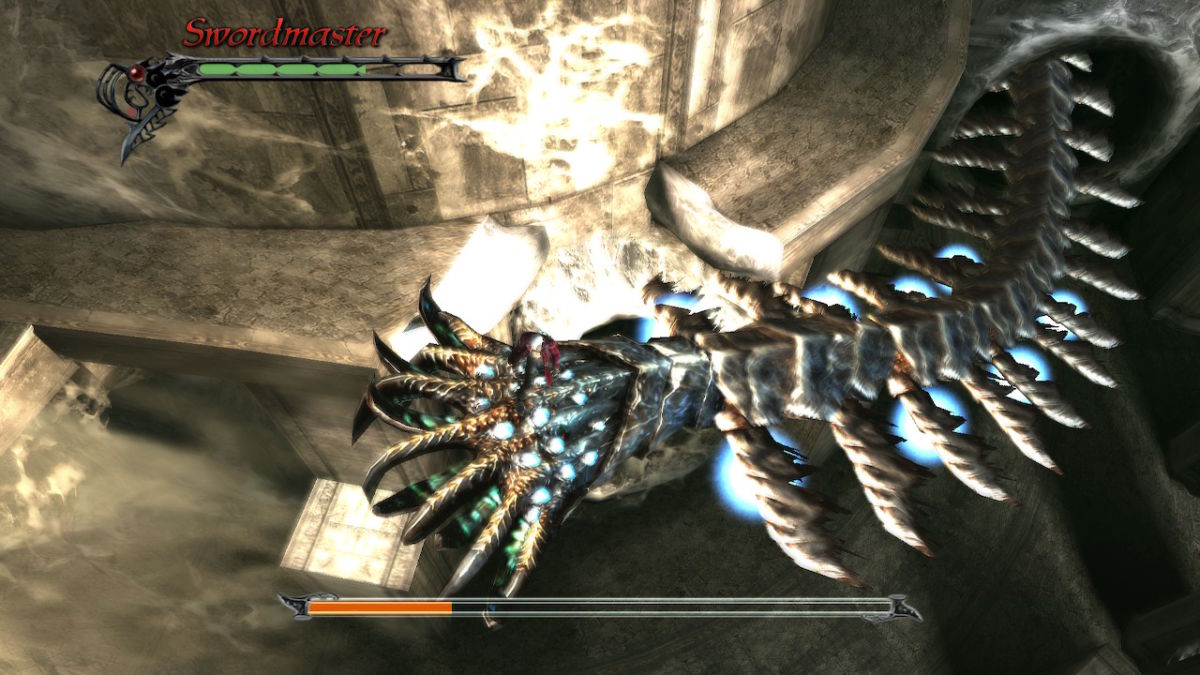 Upon initial release, Devil May Cry 3 became known for its punishing difficulty, which was later addressed with an altogether more hospitable system (aka ‘Gold’ mode), offering players infinite continues. ‘Yellow’ mode, though, is reserved for the hardcore player, as you need yellow orbs in your possession to use a continue, or else death equals restarting the mission from scratch. OG DMC 3 did not mess around.

The two-player co-op option for Bloody Palace is exclusive to the Switch version of Devil May Cry 3. In Bloody Palace, you must fight your way to as high a level in the tower as possible by slashing and blasting your way through infinite hordes of demons. Now, though, a second player can join in the antics, with one as Dante and the other controlling Vergil. 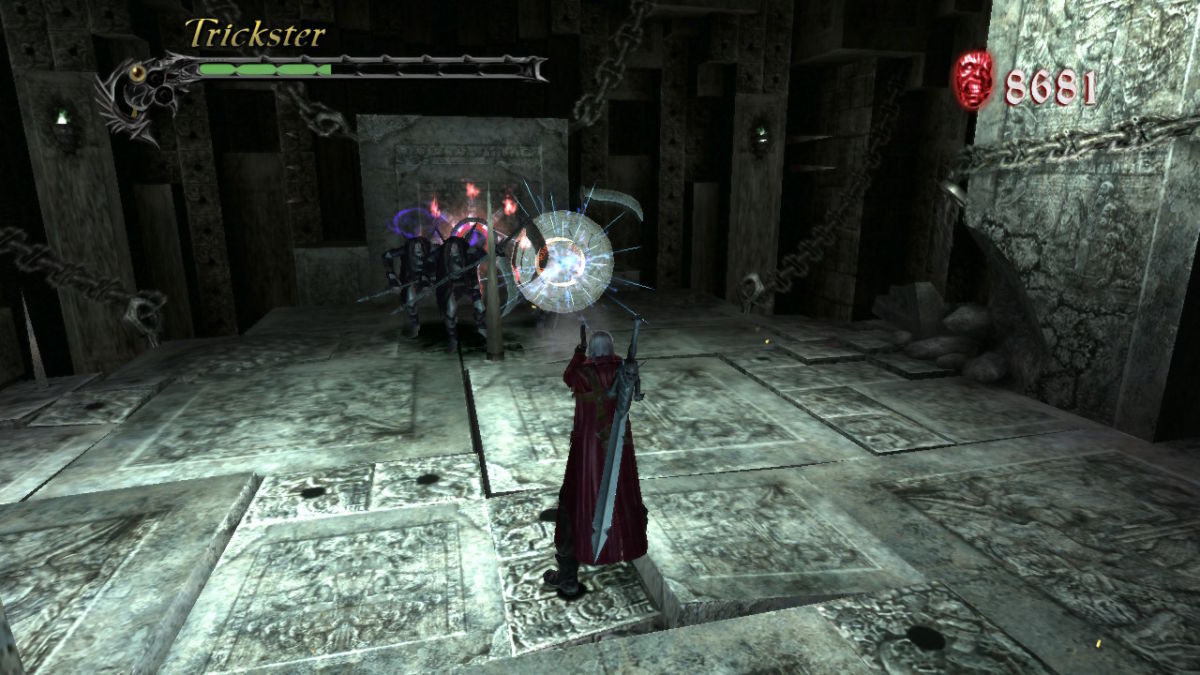 After each wave, you can choose one of three portals, which will advance you 1, 10 or 100 levels up the tower. It’s a fun distraction from the main game and only improved in that you get to keep any and all red orbs farmed along the way.

Playing locally, it was a hoot to see the difference in play styles between Dante and Vergil, although things did become a little more awkward during the boss battles. At this point, Bloody Palace would split the screen between the two players, making it tough to keep on top of what was happening in-game. There was also a light frame rate drop, although nothing to derail the combat too much. I would also advise against two-player Bloody Palace on the small Switch screen, as very quickly the number of enemies on screen at any given moment can become overwhelming.

When you think about it, there was no obvious reason for Capcom to invest so much time in upgrading Devil May Cry 3, though am I glad they did. Sure, there are one or two lingering issues from yesteryear which hamper the experience, but none are nearly enough to take anything away from what still remains one of the greatest action slash-em-up titles of this or any previous console generations.

While it has inevitably aged in places, Devil May Cry 3: Special Edition is still a fantastic upgrade of the old title with enough new additions to demand your attention. The Freestyle mode helps bring Devil May Cry 3 into the modern era, opening up combat and play style options and helping the game feel fresh and exciting once again. If it wasn’t for the PS2 graphics, you would honestly be forgiven for mistaking this as a brand new release. Other than a framerate blip in Bloody Palace co-op, the game runs incredibly smoothly both docked and on handheld and is still so much fun. 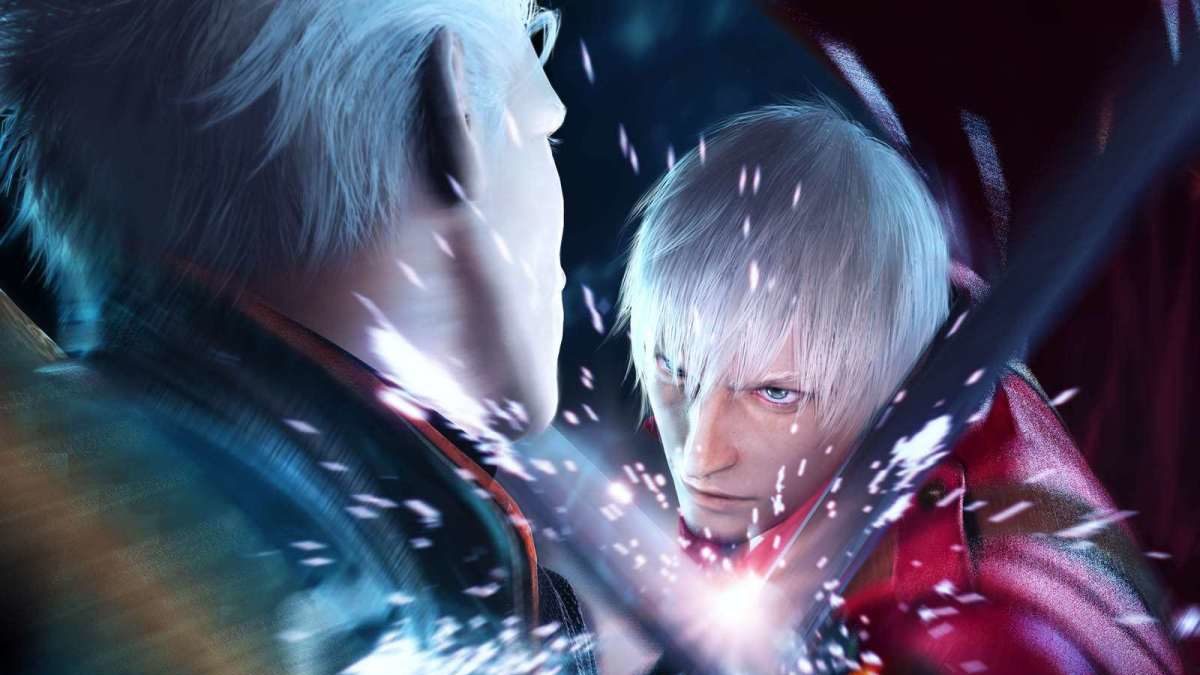 Verdict
Simply put, Devil May Cry 3 is not just an outstanding port, but an utterly essential Switch game.
9 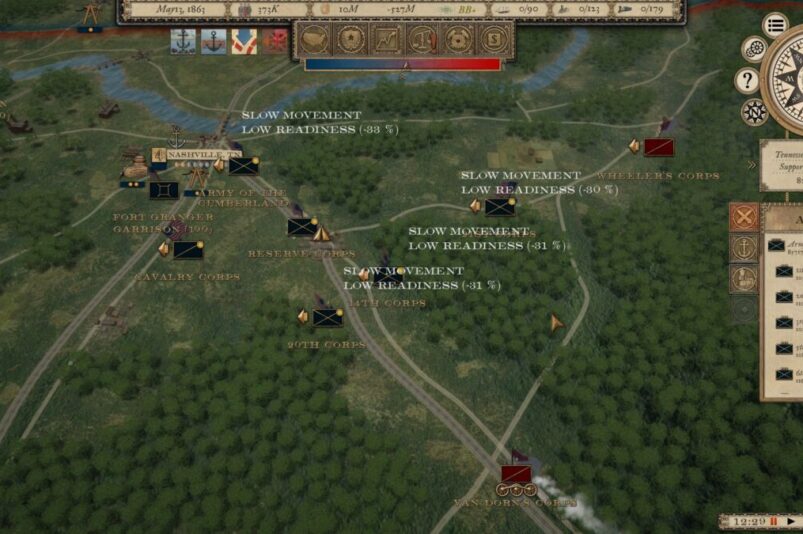