Destiny 2 (PS4) REVIEW – A Marked Improvement On The Original 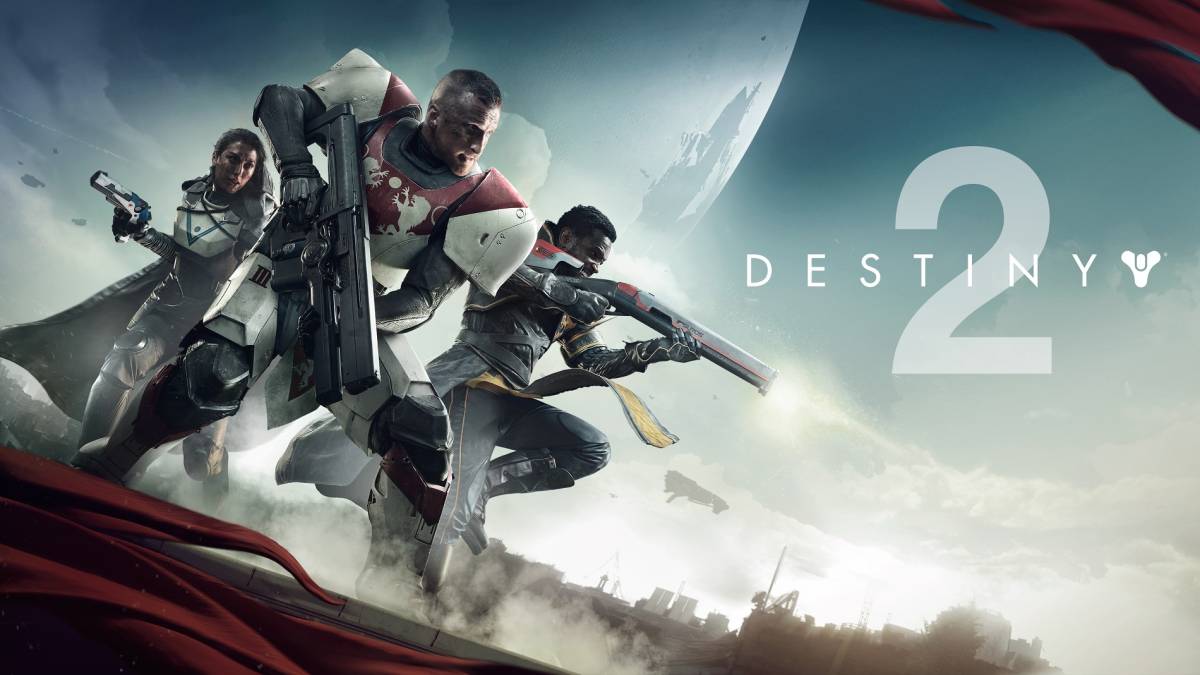 It is fair to say that Bungie’s Destiny was one of the biggest disappointments in modern day gaming. Hyped up to be the next generation of MMO’s, all we were offered was a poor storyline, an insane amount of grinding and the same enemies and maps to cruise around in the hopes of keeping us interested to play the game longer than a couple of weeks. It has since taken three expansion packs and numerous updates to make Destiny a game that is worthy of throwing your time into.

Destiny 2 was revealed shortly before E3 2017 and this time we were promised an enhanced story mode, new characters, enemies to take the fight to, and new maps for us to explore. The gameplay looked fantastic, but I was still reluctant to go for the newest instalment in the franchise, purely down to the disastrous experience I endured with Destiny.

As soon as you fire up the game, you are thrust into the engaging single player campaign and experience one of the best opening levels to a game that I have played for some time. The single player story focuses on you gathering the Legion’s Vanguard together, and take the fight back to the Red Legion after they decimate the Last City and try and seize the light from The Traveller.

The campaign does an excellent job at introducing both new and old enemies, expanding on the lore of the universe as you play through the various missions. Old faces from Destiny return to help you, expect this time, they play a larger role in the game with their past and their aims becoming apparent the further into the story you go. It is with this edition that the Destiny world is starting to come to life.

One of the things that makes Destiny 2 a pleasure is just how easy it is to pick up and play. There are no complicated menus or drawn out tutorials. Instead, the game provides you with the basic information needed to take your character forward. The levelling up system is also nice and simple, allowing you customise both your skill set and the style of combat you wish to use during the game. The three classes that you can choose from are totally unique from each other, allowing you to select a play style that suits you. From the bulky defender to the magic slinging Mage, there is a class to suit everyone. Bungie has also refined the reward system, so gear and other items are now dropped more often during single player missions and public matches. The game feels fairer to play than its predecessor and doesn’t feel as much of a grind.

Aside from the main story missions, Destiny 2 offers you additional side quests that unlock rare gear and also markers which are used to increase standing with the various factions in the game world, each level leading to unlocking a different set of gear. It is here that the flaws of Destiny 2 really start to become apparent.

After you have completed the single player side quests, the open public missions tend to be more of the same and require you to either defend a weapons cache or stop some sort of ritual from going down and bringing about the end of the world. For the first few days after its release, these public missions were the easiest and most effective way of gaining both markers and new gear, but they have since dipped in popularity, making it harder to finish them and really unlock the gear you are waiting for. It is here that Destiny 2 becomes a throwback of its predecessor, with constant grinding and playing through the same missions to really achieve anything. Perhaps additional missions will land in further updates, but that remains to be seen.

One of the things that really stood out for me in Destiny 2 is just how spectacular both the visuals and the atmosphere of each map are. A lot of time has been taken to construct a world that really does feel alive, providing me with a similar feeling that I experienced when I first saw the game world of Final Fantasy XV. Bungie have replaced the boring maps in Destiny and have given us a game world that is rich in both character, but also bursting with secrets that are just waiting for you to uncover.

The combat system is also fantastic, with your screen being filled with enemies, often forcing you to run for cover to avoid being killed. It is this chaotic style of gameplay that makes Destiny both fun and frustrating in equal measures.

Destiny 2 is designed to be an online multiplayer experience, and so there is a huge emphasis on creating a clan and taking on Fireteam missions and participating in strikes. These strikes require you to have a high power level and also require you to max your character out before you can undertake these, but the rewards are huge and are definitely something that is worth doing. For those who aren’t able to form a team or a reluctant to play with people you don’t know, you will struggle to really find anything to do once you have completed the single player campaign.

However, for a game that is marketed as being an MMO, Destiny 2 has been hit with numerous issues that really should have been addressed before release. PlayStation 4 players were hit with numerous server issues, with some players not being able to play the game while others were being kicked out halfway through their missions. Although these issues have been fixed with the newest update, it is still something that Bungie should have anticipated before release. I experienced numerous connection issues, and when I did finally manage to get online, I was kicked off the server every 15 minutes. The fact that this game is an MMO also reflects the storyline, which can be finished in just under eight hours, relying on grinding to really gain anything from the game afterwards.

Destiny 2 really is the game that Destiny should have been, and it is obvious when you play the game that the developers have done everything they can to fix what was wrong with the first instalment. However, unless you are a member of a clan, single players will struggle to make this game last a couple of weeks. But that being said, the fact that this game is easy to pick up and play, with no learning curve and an engaging, albeit short, campaign, makes Destiny 2 a real contender as one of the best games this year.

Destiny 2 is available now on PS4

Verdict
Destiny 2 is already superior to its predecessor with an engaging storyline, a host of interesting characters and fantastic gameplay that has been combined with some of the best visuals to date. However, repetitive gameplay, rocky servers and an extremely short single player campaign lets this game down from reaching the heights it was destined to.
8
Cultured Vultures is a pop culture website established in 2013 covering all things gaming, movies, and more. We eat your words.
All The News On Your Favourite Games