Dear Dad, Thanks For The Wrestling

From Tom: "My father will be gone soon, but he gave me a love of something that will never die." 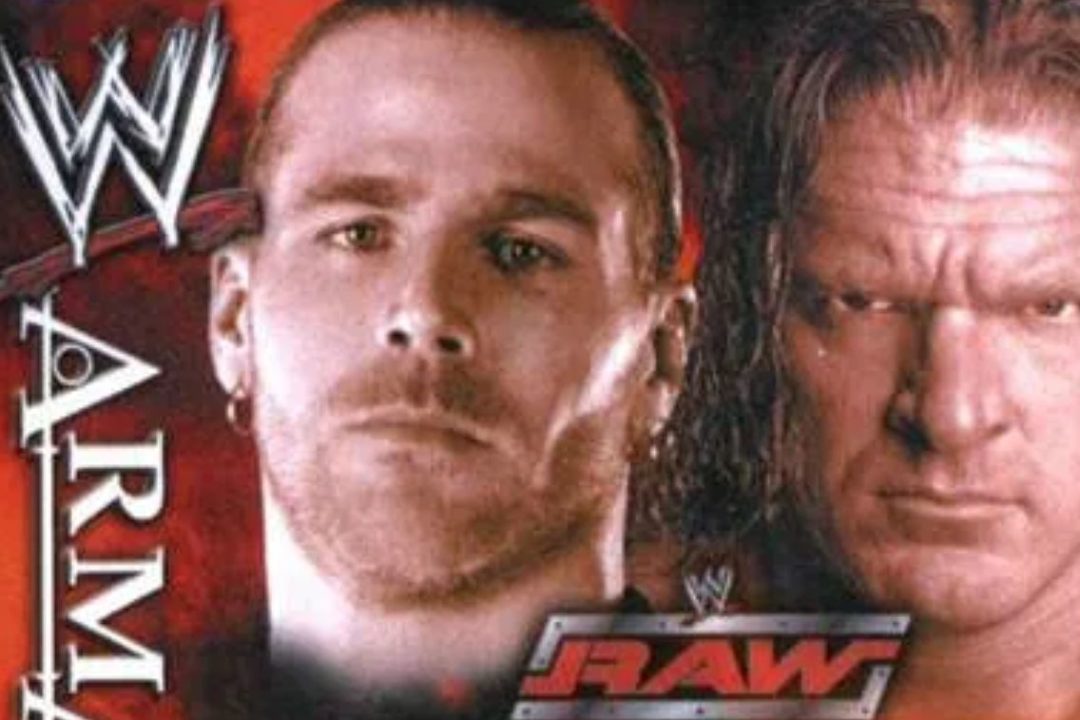 Armageddon 2002
Home
Wrestling
Dear Dad, Thanks For The Wrestling

On Sunday, February 2nd, I received the news that my father was terminally ill. It’s news that everyone knows they’ll hear one day, but there is no way to adequately prepare for when that day comes. Despite not having seen my dad for ten years, the emotional distress of knowing he would soon be gone took its toll. One nine-hour coach trip to Manchester later and I was sitting by his hospital bed, filling him in on everything I’d been up to in the last decade.

It’s a complex process, reconciling with an estranged parent. The fact this process happened under tragic circumstances only stiffened the blow. As I went to see him every day of the week, I thought about the things my dad had given me that I should be grateful for. Weekends at my dad’s house were the best as a kid. I could watch movies I was a little too young for, play video games I shouldn’t have been playing. I smile and laugh looking back at it. A lot of what I got up to played a part in shaping who I am today. Many of my favourite hobbies and interests I got from my dad.

Chief among those interests is professional wrestling. A lot of people will be able to relate to watching wrestling with their dad, I’m sure. It’s a traditional father/son activity. In fact, many wrestlers will recount the story of being taken to their first wrestling show by their old man, planting the seed for what would go on to be their career. For me, the wonderful world of professional wrestling wouldn’t linger as some childhood memory, it developed into an obsession.

I don’t know the exact year I started watching or even what I watched. I’d go to my dad’s on a Saturday morning and stay the night, being picked up by my stepdad on the Sunday. Unlike home, my dad had Sky, and anyone my age in the UK knows how big of a deal that was in the early 2000s. Sky was a gateway to a wonderful world of television that aerial couldn’t offer. The BBC, ITV and Channel 4 were fine, but Sky was to them what Shawn Michaels was to Marty Jannetty.

Saturday mornings were the highlight of my week. No school, no homework (I must have been around 5 or 6) and nothing to do but watch WWF highlights. It’s mostly a blur of colours and noises at this point, but there are odd memories that stand out in my head. I distinctly remember Mark Henry’s strength being called into question by some midcard heels, so he bent a frying pan in half. Mark Henry was a favourite of mine; I saw him deadlift a car while sitting inside it and thinking it was the coolest thing ever. Then there’s the usual suspects we all loved: Stone Cold, The Rock, Undertaker, Mankind and the like. The pillars of the Attitude Era who kept my younger self glued to the screen.

My absolute, hands down top guy back then? Kane. There is something so unquestionably cool about a massive bloke in red who wears a mask. Masked wrestlers in general drew me in. The mystique added to their aura, making them feel like true TV characters rather than people. My dad once called for me while I was in the bathroom to tell me that Kane was on. I sprinted to the television to see my guy, taking a piss be damned!

My love for wrestling only snowballed from there. My dad found a shop in Manchester that sold just wrestling merch. I can’t remember the name or where it was and it probably doesn’t exist anymore, but I was living when I was in there. Two of my most prized possessions from that place were a replica Rey Mysterio mask and a replica big gold belt (complete with Shawn Michaels nameplate). Throw in a DVD of Armageddon 2002 and my dad forged some kind of inadvertent triple crown of wrestling swag. I’d put on the mask, strap the belt around my waist and watch that pay-per-view on a loop.

I ended up amassing a decent collection of wrestling shows in the pre-Network days: WrestleManias 21 and 22, No Way Out 2005, a Chris Benoit documentary, an Undertaker compilation, and a VHS double pack of SummerSlam 2001 and Rebellion 2001 (the SummerSlam cassette was inexplicably missing, there was a copy of the crap No Mercy 1999 UK show in its place).

It’s safe to say I was all in on my wrestling fandom. Eventually, we got Sky Sports at home and I could watch RAW in full every week for the first time in my life. While most of us at school liked wrestling, I was the only one who was fully invested in it. I just missed out on the peak of the Attitude Era’s popularity, with my formative grappling years taking place during the Ruthless Aggression movement. WWE was still popular, but many of my peers had started to move on by the time I was nearing the end of primary school. Still, we all loved John Cena and seeing him dethrone JBL at Mania 21 felt like a biblical event.

When my family moved from Manchester to just outside London in 2007, the distance created a fracture in my relationship with my dad. We’d see each other a couple of times a year at most until I was 14. I don’t know why we stopped seeing each other, nor am I angry that we didn’t. There was just an unspoken acknowledgement between us that we were no longer a part of each other’s lives. Regardless, I continued watching wrestling and have been a fan for so long that I can’t remember it ever not being in my life.

In a way, a part of my dad stuck with me during that ten-year absence. I’d keep following wrestling through the good times and the bad. New guys came and went but I never left. Last year, I got to fulfil a childhood dream and attend WrestleMania, my first ever WWE event. My dad’s responsible for that childhood dream even existing in the first place. Reuniting with him felt like an open wound finally being shut. There was no animosity and no drudging up of the past. He was happy to hear I still followed WWE and that I got to go to ‘Mania. He’s not kept up with it but due to the nature of pro wrestlers never knowing when to stop, I gladly informed him that a lot of his favourites are still going.

I don’t know how much more time my dad has, but it’s not a lot. I’ve reflected on our relationship and come to terms with the fact that we didn’t get to do all we could. After finally seeing him and reclaiming what I lost though, a feeling of peace is within me. We’ve said our goodbyes and got to end things on good terms, which is all anyone can ask for. When the time comes and he leaves for whatever comes next, a piece of him will always be here through me.

Thank you, dad, thank you for giving me wrestling.