"CUT OFF THEIR LIMBS." 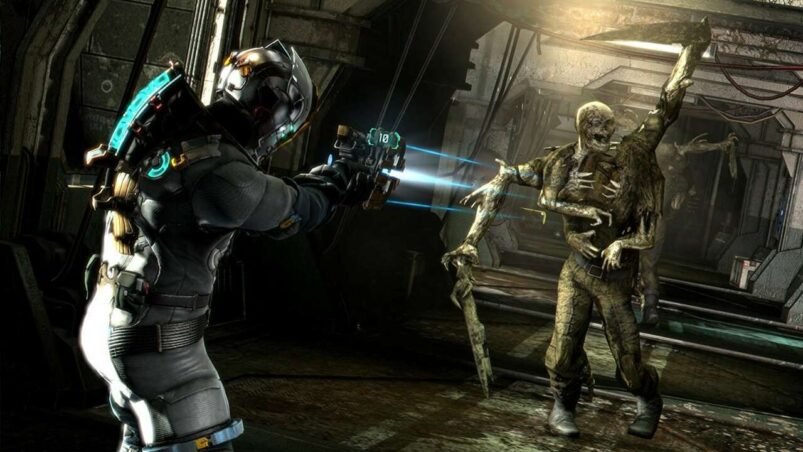 Gaming is filled with a host of iconic weaponry, whether they’re huge tools of destruction or something that challenges you to rethink your environment. Well, we’re deciding to celebrate all of the best ones, and today it’s the turn of Dead Space and Isaac Clarke’s trusty Plasma Cutter. Don’t leave Earth without it.

The tone of a survival horror game is often dictated by the strength of the weapons you get to play with. Make the weapons weak or remove them entirely and you’ll create a tense, oppressive atmosphere that’ll terrify players for weeks to come. Go to the other end of the spectrum and you practically remove the horror elements entirely in favour of a vaguely spooky shooter. Get the balance just right though, and you can create a horror game that scares and delights in equal measure, and none nail that feeling more than Dead Space’s Plasma Cutter.

The sci-fi horror series’ trademark Necromorphs are some of the most terrifying enemies in all of gaming; mutations with spikes for limbs and a penchant for stabbing you in every orifice and organ. Despite only being an engineer looking to fix the Ishimura spaceship, Isaac is more equipped than most to deal with the Necromorph menace, as his Plasma Cutter can melt through Necromorph limbs like a hot knife through butter.

Dead Space’s method of taking down its enemies was unlike any other. Instead of dumping ammo into a monster until it fell over, you had to utterly annihilate the Necromorphs, chopping off limbs and curb stomping the remains until they stopped trying to gouge your eyes out. It sounds like a chore, but when you’ve got the Plasma Cutter in hand, Dead Space is unlike any other game before or since.

The combat is difficult and frantic, requiring precision shots against an enemy content with flailing everywhere at all times. It makes every encounter, every fight and every enemy feel like a real challenge for Isaac. Sure, Dead Space leans more into the ridiculous as the stakes and the enemy sizes start to get bigger and bigger as the series rolls on, but the threat of even regular Necromorphs is very real.

Despite that, having a Plasma Cutter in hand makes those challenges feel possible as the player. Whether it’s the weapons versatility, allowing you to rotate the projectiles so you can better target specific limbs and weak points, or the upgrade system that makes the Plasma Cutter a truly devastating weapon in the right hands, the gun is definitely the most iconic part of Dead Space.

It’s weird, then, that the series went in the direction it did with Dead Space 3. After two games of tightly designed and well executed horror action, with an amazing weapon at the forefront, the developers yeeted all of that out of the airlock to shoehorn in a weapon creation system. All of a sudden, you could strap two rocket launchers to each other and call it a day, robbing the game of any satisfaction or challenge.

Hopefully, the upcoming Dead Space remake retains the importance of the Plasma Cutter to the core gameplay experience. Isaac’s Necromorph murdering hand cannon deserves to sit among some of the best weapons in all of gaming, thanks to the fact it created a whole new way to take out your enemies.

READ MORE: The Best Horror FPS Games You Should Play