Darksiders 3 offers so much to love and so much to hate in equal measure. 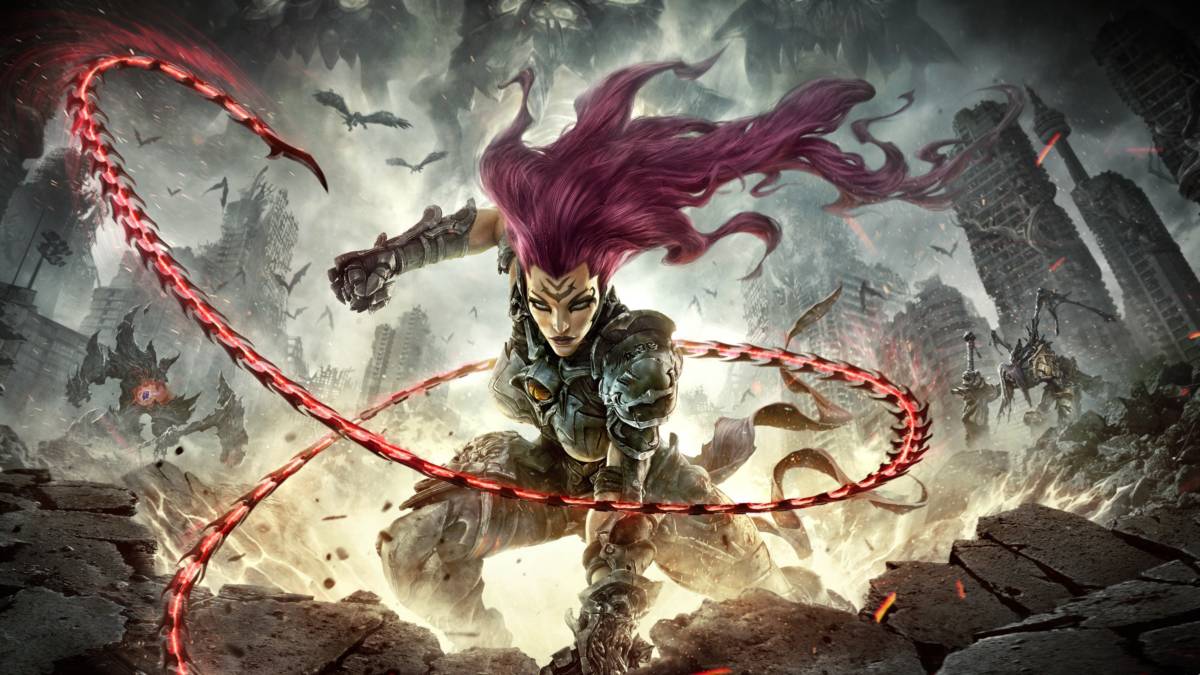 If you were to ask me three years ago about the chances of Darksiders 3 getting made after the collapse of publishers THQ and series creators Vigil Games back in 2013, I’d have considered it an impossibility. The first two games were enjoyable fantasy action adventures, but they were never the biggest critical or commercial successes; the second game in particular didn’t meet the expectations of THQ in terms of sales.

But the world is a funny place and Darksiders 3 is actually a thing, thanks to THQ Nordic buying every gaming IP that’s been left in limbo. It’s even out now, people have been playing it and everything. The tale of the Four Horseman continues in the form of Fury, but unfortunately, this isn’t the grand return to the series that Gunfire Games and THQ Nordic were hoping for.

Anyone who has been reading or watching reviews of Darksiders 3 will know that it’s effectively run the gamut of scores, getting as low as a 4/10 from Gamespot to a 9/10 from God Is A Geek. In essence, both of these scores are completely accurate, as Darksiders 3 manages to be as delightful as it is detestable. 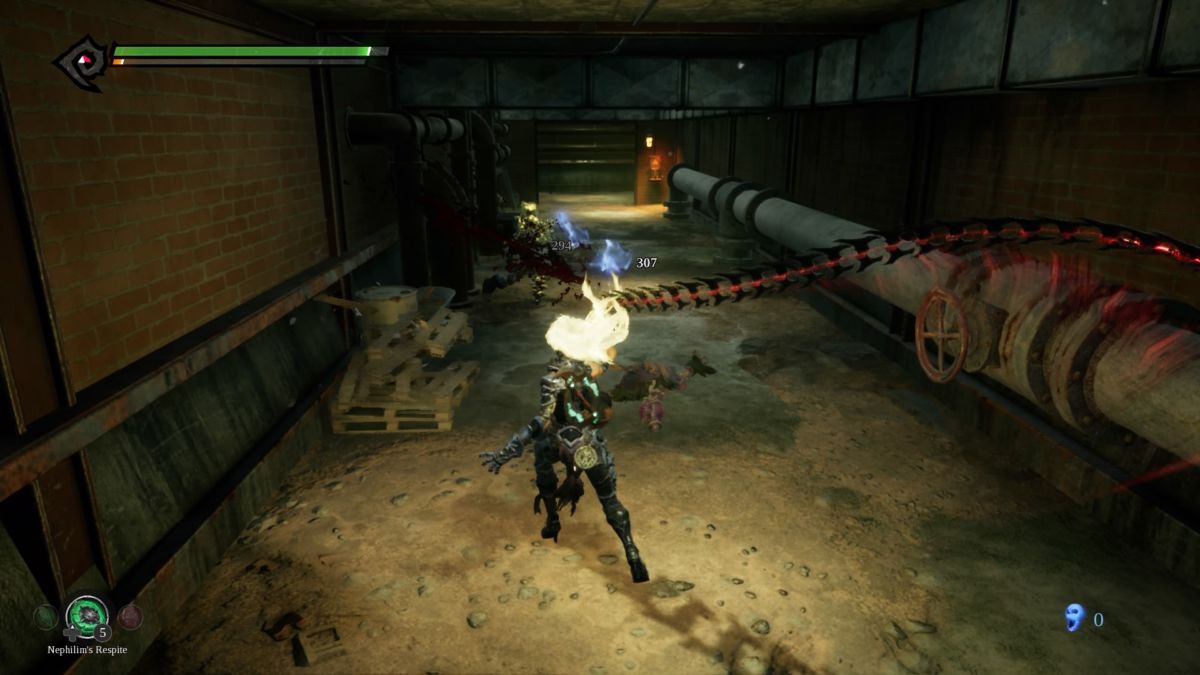 At its best, it’s hard not to like Darksiders 3, as it offers some of the most rewarding combat of the series, but there’s so many frustrating aspects of the game and more than a few technical issues that make the game feel more like a chore than a blockbuster adventure against the forces of Heaven, Hell and the Sins themselves.

You control Fury, the third of the Four Horseman, meaning we’ll probably have to wait until Darksiders 5 until we get the four together and playable. Fury travels to Earth on a mission from the Charred Council to find and capture the Seven Deadly Sins. War is still in chains after mistakenly bringing about the apocalypse at the start of the first game, Death is busy on his own adventure and Strife is currently missing, so it’s left to Fury to clean up the mess.

Each game in the series has a similar core that revolves around fast-paced melee combat and Metroidvania inspired exploration. There’s always secrets to find in old areas once you’ve acquired new abilities, and here is no exception. That said, all three games follow different formulas. The first game felt a lot like Zelda, while Darksiders 2 resembled a more traditional RPG. Darksiders 3, meanwhile, decides to imitate the Dark Souls concept. 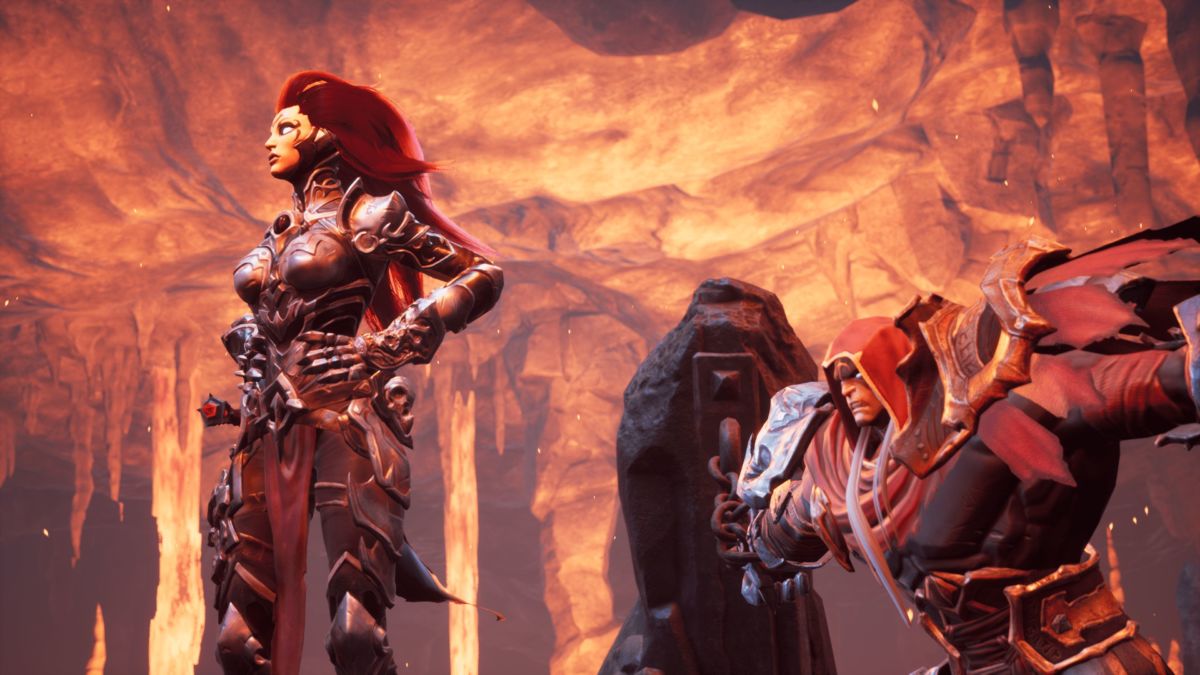 Hold on before you start tweeting the “it’s Like Dark Souls” Twitter account like “we’ve found another one”. I’m not saying that Darksiders 3 is like Dark Souls, I’m saying that it is Dark Souls, or at least a less challenging version of it. Consider this game a less intimidating introduction to the tenants and mechanics of a Dark Souls game before the From Software series kicks your ass in ways you’d never have thought possible.

The core gameplay has you roaming the wastelands of what once was Earth hunting down the Seven Deadly Sins one by one. You find one sin, take them down and the game tells you where the next one is. Lather, rinse and repeat until the credits roll.

As you defeat the rogue’s gallery of Sins, you unlock new abilities in the forms of Hollows that open up previously inaccessible areas, leading to you revisiting old haunts in the different ways. Hollows can also be used in battle as they give Fury new toys to play with, but their main use is in traversal and puzzle solving. 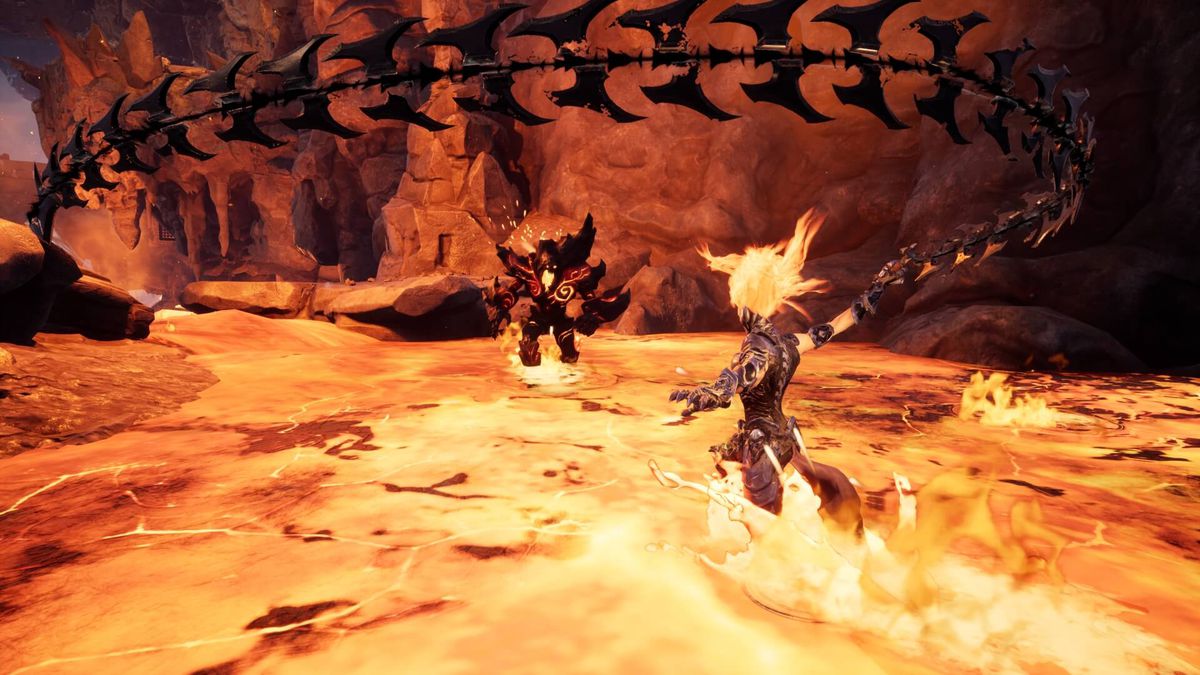 This approach to exploration helps to make the game feel more interconnected that previous entries in the series. The world of Darksiders 3 feels like one big area divided into different zones, instead of 5 or 6 distinct areas connected by one hub, which is Dark Souls world design 101. The intricate level design also allows for plenty of shortcuts, which is great so long as you’re paying attention at least. I spent a few too many lives walking past switches that would save so much time in the long run.

Along the way, you’ll encounter series regular and merchant to the Horsemen, Vulgrim, who will act as a “bonfire” of sorts. His Serpent Holes act as a safe space that allow you to upgrade your skills and buy new items in exchange for souls, and yes, you will respawn next to the nearest Hole every time you die. Starting to see the similarities to that other game with the initials DS?

Players can find clusters of souls which can be cashed in for a big boost in souls, so it’s often worth saving them up and cashing them in in one go for multiple level ups. You have your own version of an Estus Flask in the form of a Nephilim’s Respite that gets refilled every time you die, and can be upgraded as you progress through the game. 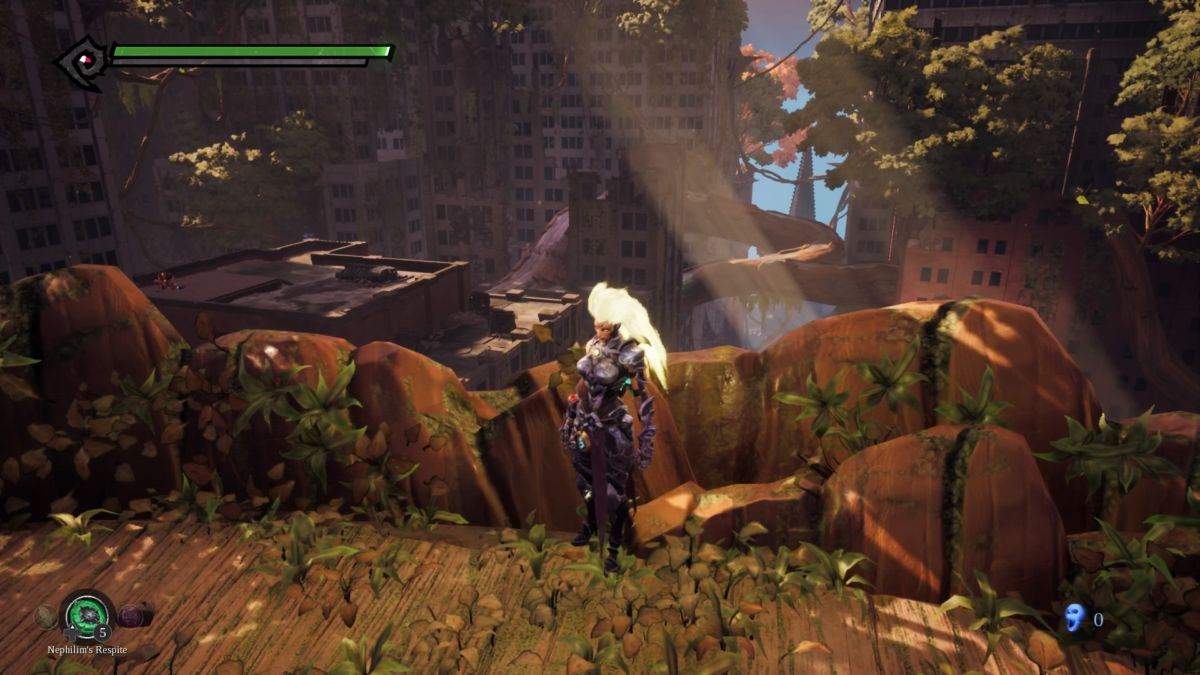 Progression itself is all about earning those little victories and making them count in the next life, because the combat is brutal. Solving a puzzle and opening up a new path is considered a bigger win than simply clearing an area of enemies. The enemies are just going to respawn after you die anyway.

As for the core combat, Darksiders 3 retains a much faster pace than the series it’s drawing influence from here. With no stamina bar governing your abilities, you’re allowed to take a more aggressive approach in combat, hitting enemies with dazzling combos from Fury’s whip and the different Hollows. That said, the game demands a certain deliberateness and patience in order to truly succeed.

One of the biggest ways of dispatching foes is through Arcane damage, which includes Wrath attacks, Fury’s ultimate transformation and counter-attacks after a well timed dodge. These counter-attacks in particular do great damage, making them essential when dealing with bosses, but require precise timing and knowledge of an enemy’s attack pattern in order to pull them off. 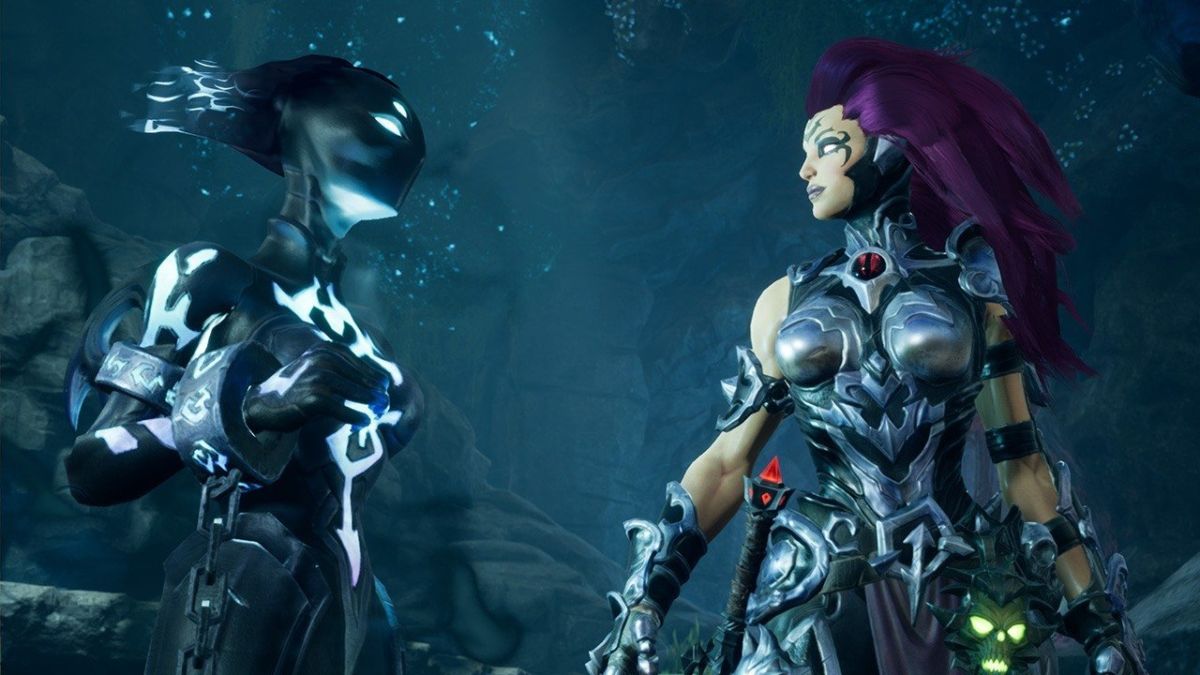 In essence, the game rewards a more controlled aggression when dealing with enemies. Just mashing attacks will lead to you being surrounded and punished, while spamming evade will often lead to you eating damage anyway. Despite retaining its character action influences, they’ve been refined and fused together with a hardcore RPG template to create a game that offers a decent, but manageable challenge. For someone like me who found the Souls games too slow to enjoy, Darksiders 3 could have been a fantastic blend of combined philosophies. Could have been.

For as much as there is to love about the game’s combat and world, Darksiders 3 just can’t help getting in its own way at times. There are certain aspects of the game’s formula that aren’t as well developed as it could be, missing key ingredients from other games that make the experience more tolerable.

For starters, you don’t refill Nephilim’s Respites when you return to a Serpent Hole like you would an Estus Flask. The trade off is that monsters don’t respawn until you die and sometimes monsters will drop refills, but it creates situations where you reach a boss without proper healing, despite there being a Serpent Hole next to the boss. 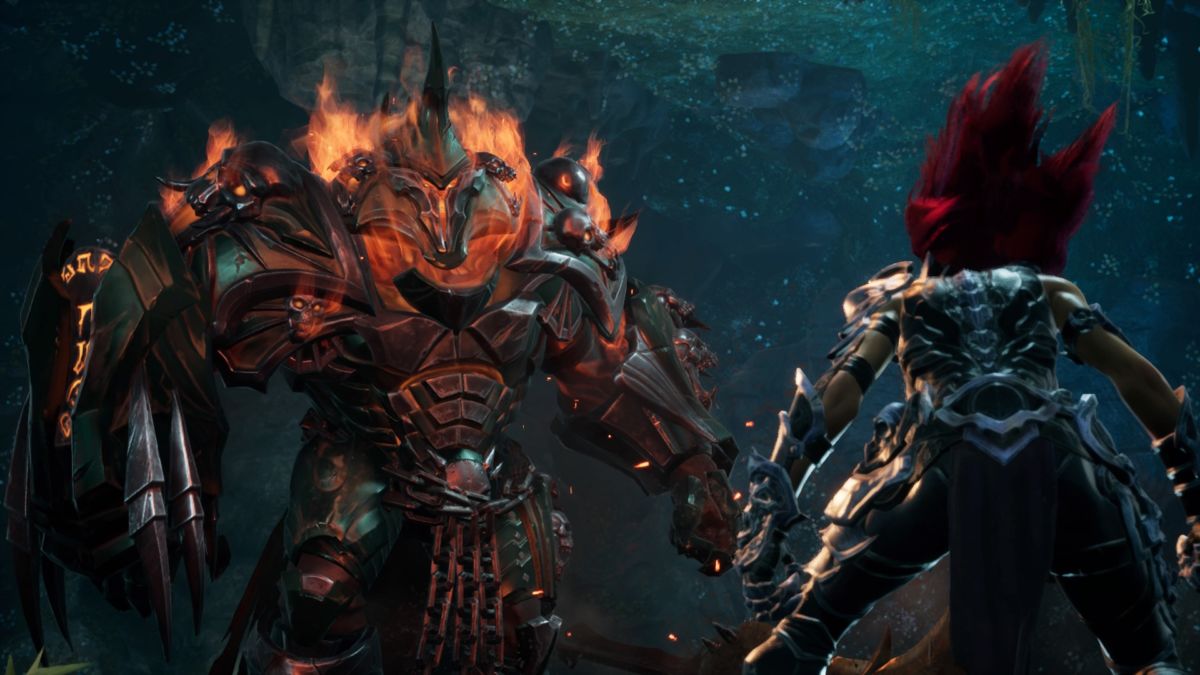 There’s no way to customise the order of the item bar, so you’re left scrolling through the bar during combat looking for the shard you want that’ll boost your attributes. The in-game compass is also hard to follow at times, especially in more vertical areas, and it will lead you down the wrong path on occasion. After backtracking when defeating Lust, the game decided to point me towards dead ends instead of the solution located in the area where I fought Lust. Don’t make the same mistake I did, people: just do the puzzle and move on.

Backtracking itself to find secrets, upgrade materials and more can be a pain in and of itself. The game relies on its Metroidvania influences to open the world up as you unlock new abilities, hiding secrets in plain sight, but it neglects to give you a map with which to do so. Without an in-game tracker of what you’ve discovered and where, most players would likely forgo collectibles altogether.

In combat, the Hollows don’t retain the same level of usefulness that they have when it comes to solving puzzles. The flame hollow can set enemies on fire and the stasis hollow can slow enemies, but they don’t add all that much to the combat, and you’ll often find yourself relying on the default whip moveset. Also, Fury’s Havoc ability, her big transformation, is mostly useless. It does less damage and doesn’t last long. Its only real use is to recover health during boss fights.

But the worst part about Darksiders 3 is how ropey the whole thing is. The version I played encountered so many glitches, technical issues and problems. Some of the worst offenders included multiple crashes back to the PS4 home screen, in-game buffering as the engine pathetically tries to load the next portion of the level while you watch parts of the level spawn in front of you, framerate drops any time more than 4 characters occupy the screen and puzzle elements outright failing to load for a full minute.

The loading problems are particularly egregious, as you’ll often encounter multiple loading zones as you move back and forth through a level. In particularly infuriating sections where you’re just trying to run to the next area and ignore enemies, the loading zones go from being a minor irritant to incredibly vexing very quickly.

These are issues that can be fixed in time, with enough care and attention, but it begs the question how the game was able to launch in this state. Even with a day 1 update, the problems still persisted, only getting worse as the game rolled on. The most annoying glitches and problems occurred during the game’s final area.

The tale of Darksiders 3, for the moment at least, is one of wasted potential. There’s every chance that with the proper treatment, Gunfire Games will be able to address the technical missteps to create a much better overall experience. That said, in its current state and with the issues surrounding the game’s formula, I can’t recommend Darksiders 3.

Verdict
There’s a great RPG adventure game here somewhere, but Darksiders 3 throws questionable design choices and an unfathomable amount of glitches in the way so that you struggle to even find it.
5
Buy on Amazon