Darkest Dungeon 2: How to Defeat the Librarian

Read all about it. 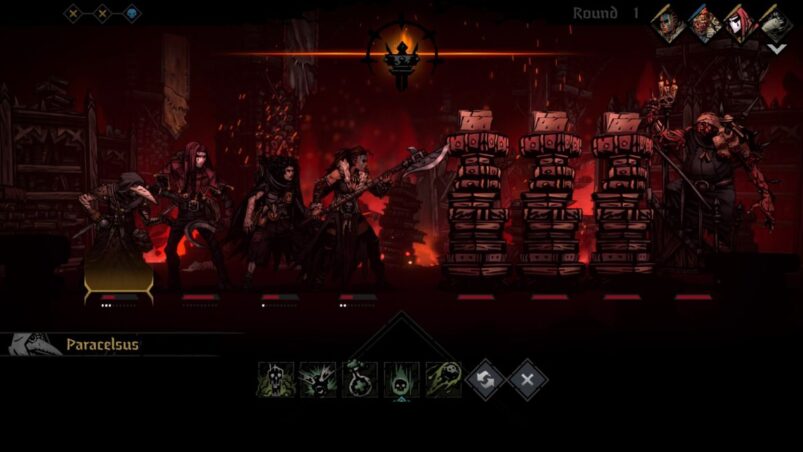 One of the more visually striking and morbid locations in Darkest Dungeon 2 is the Sprawl. The fanatical Librarian joins the hordes of corrupted zealots laying waste to the cities of man. You can find this educated madman in the lair. Of the location-specific bosses, the Librarian’s the most straightforward and simple in their mechanics.

Here’s everything you need to know about the Librarian in Darkest Dungeon 2.

The Librarian Attacks and Abilities

The boss will spawn on the fourth rank with rows of books in front of them. The Librarian’s main attacks will be to throw burning pages at single heroes that will cause minor stress, moderate physical damage, and the possibility of a burning DoT.

At the start of each of its turns, the Librarian will perform a book burning action, which will cause damage to an adjacent stack of books equal to a third of its health. After performing such an action, the boss will become powered up and will cast a area-of-effect attack, which inflicts moderate damage to all four heroes with the possibility of an additional burning DoT effect.

If the Librarian burns all the stacks of books and makes their way to front rank, they will cast the Ignite ability, which means that all subsequent attacks will be the aforementioned powerful AoE burning abilities.

To defeat the Librarian the aim is to burst their health down as quickly as possible, all the while laying down blight or bleed DoT effects. You’ll also need to manage burning effects on the party, so having items like the Burning Salve and Medicinal Herbs equipped will go a long way in minimizing the effect of the Librarian’s flames.

Characters that excel against this boss are the Plague Doctor, Highwayman, Grave Robber, or any character that can easily hit the rear third and fourth positions and/or place DoT effects on the Librarian. It may also be wise to avoid hitting the stacks of books unless the party is able to defeat the boss before they reach the front position.

The Librarian boss fight is essentially a challenge of focus and skill flexibility. This is where equipping a flexible array of skills for each character can come in handy so that every turn the player can bring the full might of the hero party to bear.

READ NEXT: Darkest Dungeon 2: How to Defeat the Dreaming General