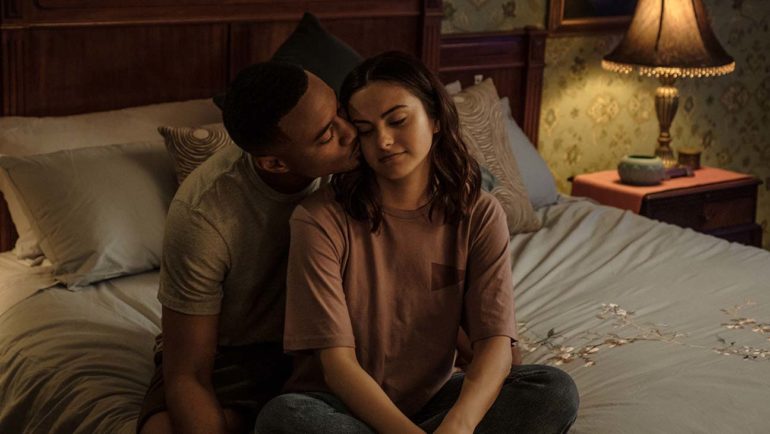 Dangerous Lies is obviously one of those made-for-TV type of movies. I mean, the director Michael Scott (yes that is his name) has mostly made films like that, with movies like Bridal Wave and Christmas on Holly Lane on his IMDb page. This isn’t a bad thing since Netflix is a streaming platform meant for you to enjoy in your own home. However, I think I speak for all of us when I say that there isn’t an expectation of mindblowing cinema, just a mediocre movie I can distract myself with for an hour or two. Dangerous Lies, unfortunately, doesn’t even toe the line of mediocrity.

Dangerous Lies is obviously a thriller meant to follow in the footsteps of Secret Obsession, the movie which took the world by storm last year because of how bad it was. Well, Dangerous Lies is slightly better, but by a hair, so I don’t think that’s something to brag about. The movie follows interracial couple Katie (Camila Mendes) and Adam (Jessie T. Usher), a young couple swimming in the shark-invested waters of debt. Both Mendes and Usher are main characters on successful TV shows (I say this knowing that Riverdale is absolute trash, but it still has a following), and yet, they are so alarmingly bland together. No chemistry, no sparks of young love, just boredom as I watch these two make-out frequently.

Also, the movie wants me to believe the pair are poor, with Adam stating repeatedly throughout the movie that he’s tired of being poor. Yeah, I would be more convinced if their apartment didn’t look so good. Considering how my place looks compared to theirs, I am closer to the poverty line than these two.

It all begins when the diner that Katie works at gets robbed and Adam intervenes, causing Katie to be out of a job, which leads her to the job she eventually takes with Leonard (Elliott Gould), becoming the caregiver to his 88 year old self. I was actually taken aback at this bold-face lie of Gould’s character even being that old, until I checked out his age and Gould himself is 83.

Leonard is so complimentary of her caregiver skills, but it seems that the bar is fairly low since all she prepares are sandwiches. Maybe that’s the kind of food he likes, I don’t know, the point is, the viewer has no idea why Leonard is so fond of Katie, besides the fact that the script told him to be. Gould is not even trying to act, and was probably over the moon that his character dies early on so that his agony wasn’t prolonged.

Ah yes, so now that Leonard is dead, the movie wants us to suspect Katie and Adam, both of whom are working for him. Adam was a recent hire to work on the garden because he dropped out of school and was then surprised he couldn’t get a job after doing something like that. Katie also handled all of Leonard’s medication, and didn’t react when she found his dead body. She actually had time to carefully place the food she was carrying onto the table (because God forbid the tea spills) and check his pulse. If she was a seasoned caregiver, I could understand the waterfall of calm that surrounds her, however, this is her first client and she was four months into the job.

Things take a turn when Katie ends up inheriting everything from Leonard, a fact we all find out after he has been cremated, which puts Detective Chesler (Sasha Alexander) in quite a pickle. But then again, if she suspected foul play, why didn’t she have an autopsy done? I am no police officer, but that just seems like a poor choice. The movie did try to set up lines of suspense by giving us long takes down the corridors of the house, and planting some seeds (those who have watched the movie should applaud this use of metaphor) of doubt in our minds regarding Adam, given his refusal-to-be-poor refrain.

We also get Cam Gigandet in a tiny villainous role as Mickey Hayden, a man who has a mysterious client who wants to buy the house that Katie now owns. He shows up a few times at her doorstep, making veiled threats, and even follows them around. In the concluding moments of the film, all is revealed, and then it just ends.

What were the dangerous lies you may ask? I gave up trying to reason this halfway through the film. They should have stuck to the original title of Windfall, which actually makes more sense, but this name change shows us that sense isn’t what this film is trying to strive for, so the best thing you can do is not watch it. At least Secret Obsession was so bad it made me laugh, this film only made me fall asleep from boredom – how dangerous. 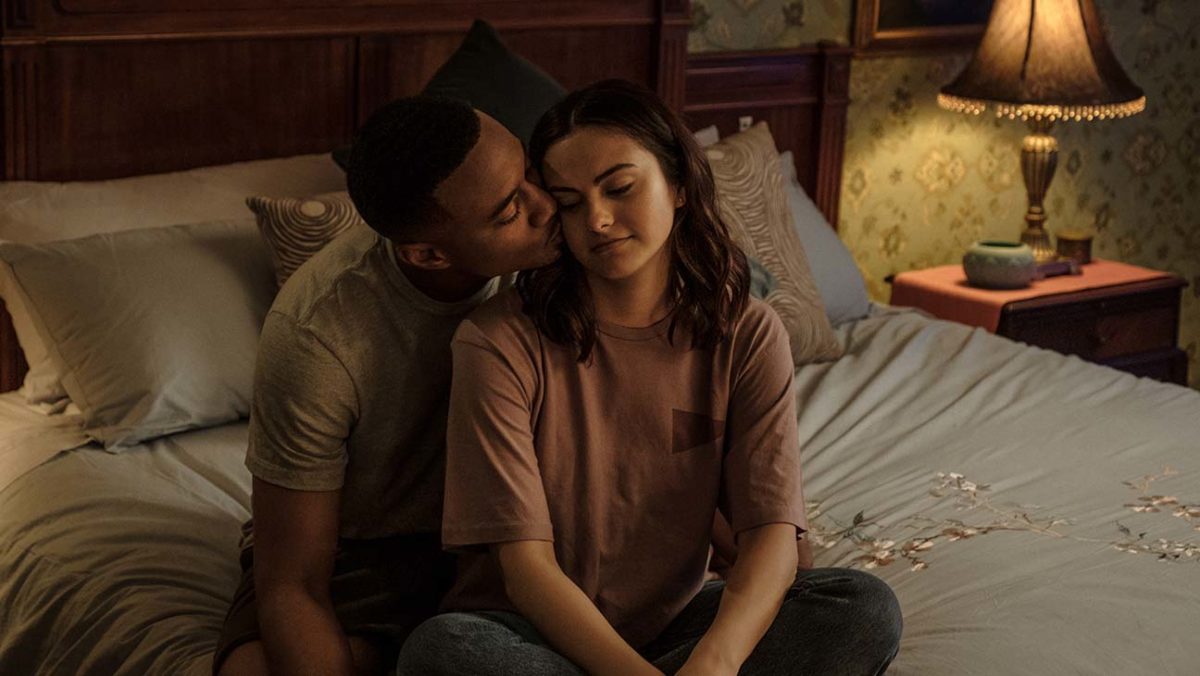 Verdict
Don't waste your time on the less-than-mediocre Dangerous Lies.. Bland script, bland acting, just vanilla all around.
3.5
Cultured Vultures is a pop culture website established in 2013 covering all things gaming, movies, and more. We eat your words.
All The News On Your Favourite Games