There was also a tie between Lady Gaga and Glenn Close for Best Actress at the Critics Choice Awards 2019. 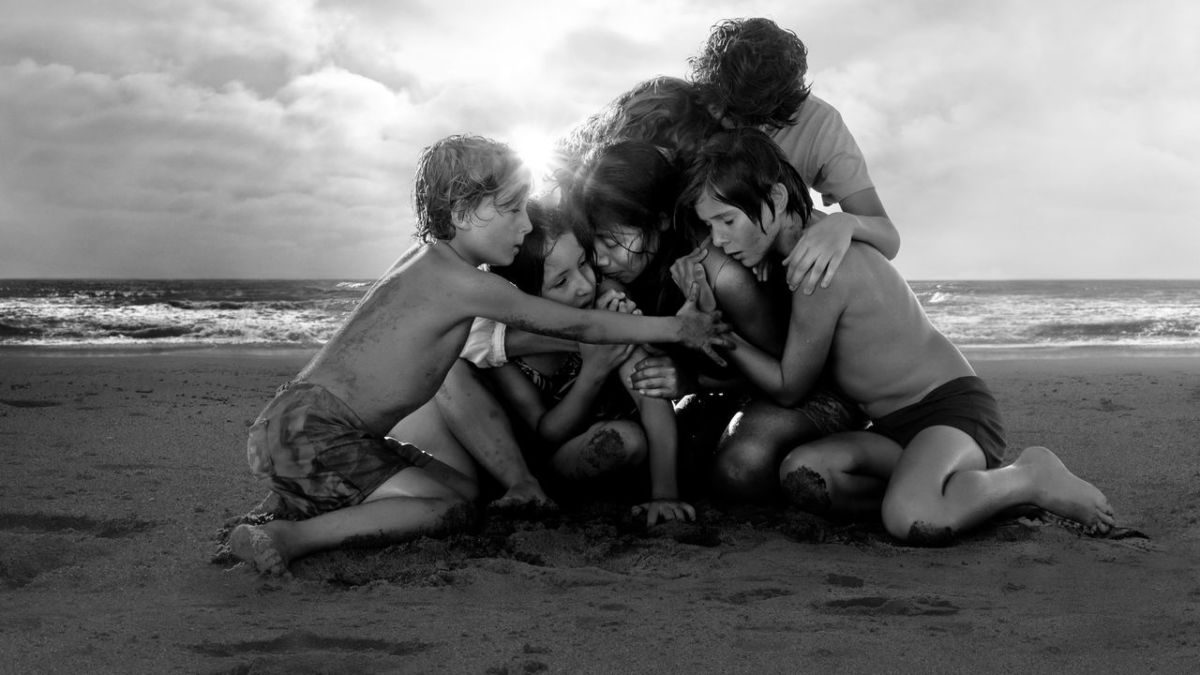 The critics have spoken, and Alfonso Cuaron’s Roma was named Best Picture at this year’s Critics Choice Awards. Cuaron also won for Director, Cinematography, and accepted for Foreign Language Film. Some of the other multiple-winners include Black Panther, taking Best Costume Design, Production Design, and Visual Effects. A Star is Born nabbed two wins with Best Actress, which tied with Glenn Close in The Wife, and Best Original Song. Vice also picked up two wins with Makeup and Hairstyling and Best Actor for Christian Bale.

For the commentary of what these wins mean for the awards race ahead, well, Best Picture is now completely up in the air. Due to Golden Globe rules, Roma was ineligible for Best Picture: Drama at the Globes, allowing Bohemian Rhapsody and Green Book to win the top Best Picture awards there, and now Roma has a big win. Now that puts my Best Picture prediction, A Star is Born, in a bad spot. If you’re gonna win Best Picture at the Oscars, you have to win some precursors. Even when Moonlight upset La La Land for Best Picture two years ago, the Globes picked Moonlight. Thus far at the televised precursors, A Star is Born has nothing from the top categories. The only consistent winner for them is Lady Gaga for Song, and now her tie for Best Actress. It sends a message so far that she is the only one who worked on the film who is worth rewarding. That may sound unfair, but the facts don’t lie.

So does this mean A Star is Born is done for Best Picture? I don’t think so. There is still the crucial top award at the Screen Actors Guild Awards two weeks from now, Best Ensemble in a Motion Picture, where Star is nominated. If it loses there, I can’t see it winning Best Picture. If it does win, it breathes some fresh air into the race, making it even more competitive. Roma’s win here tonight definitely shows it’s not to be discounted in the Picture race. Cuaron’s win in Director shows he will probably win there going forward, but he might also nab Picture this time, too, unlike with Gravity where he consistently won for Director but lost for Picture at the precursors. A win here tonight for Green Book would certainly have laid a path down for that film to win Best Picture, but now that might not happen, either, and Green Book is not up for the SAG Ensemble Award. Last year The Shape of Water was not nominated for it, either, and ended up being our Best Picture, but that was the first time that had happened in over two decades. So the short answer for who’s going to win Best Picture: I have none. It’s now a completely open race.

Going to the acting races, it feels like Mahershala Ali is now locking up the Supporting Acting race. I think he’ll win both SAG and BAFTA going forward, making him unbeatable for the Oscar. Christian Bale seems like he’ll leap ahead in the Best Actor race, especially if you consider he also won tonight for Best Comedy Actor, and two televised awards for him shows a big strength for how much prestige he’s built up (and yes, that was pun-intended). Rami Malek will still challenge him big-time at SAG, where it seems everyone’s in love with Bohemian, and Vice only ended up with nominations for Bale and co-star Amy Adams. Bale winning there solidifies his win going forward. He famously lost the BAFTA the year of his Oscar win for The Fighter to Geoffrey Rush in The King’s Speech, so an IOU there helps his case, too. Then again, Bohemian also did better overall at BAFTA than Vice did, so this will be a two-way race down to the finish line.

Best Actress is also in cluster-mode. If Glenn Close had won tonight single-handedly, the race would have been over in my mind. But since Critics Choice just couldn’t let Gaga go home without at least tying for Best Actress, that again shows a huge amount of love for her acting performance. Olivia Colman is also in the fight for Best Actress after winning Best Actress Comedy at both the Globes and at Critics Choice tonight, though the Globe offers way more prestige. I can see a scenario where Colman wins SAG to make sure The Favourite doesn’t go home empty-handed (the same scenario could play out in Supporting Actress with Rachel Weisz), but a win for either Gaga or Close would wrap-up the race. And funny enough, there was an odd parallel tonight with these two tying and the Best Actress win at the 1969 Oscars honoring the best of 1968. There, for the first time, a tie was declared at the Oscars. In the spectacle, we saw a seasoned, well-respected veteran, Katherine Hepburn, win an Oscar for The Lion in Winter. We also saw up-and-coming star Barbra Streisand win for Funny Girl. Hmm, the same thing happened tonight at Critics Choice: the veteran win for Glenn Close, and the up-and-coming win for Gaga. Will history repeat itself at the Oscars a full 50 years later? I’m not willing to say no.

Best Supporting Actress is also going to be tough to call. Regina King’s win tonight might not end up meaning much. She missed out on BAFTA and SAG nominations for Beale Street, and that proved fatal for Sylvester Stallone three years ago in Creed. Like King, he also gave great speeches at Critics Choice and Globes, the same two places King has won, and felt like a can’t miss for the Oscar win. But still, let’s get the nominations out first; we’re not sure if Regina will be nominated. In that category, we have three certainties: Amy Adams for Vice, and both Emma Stone and Rachel Weisz for The Favourite. Claire Foy has been nominated everywhere but SAG for First Man, so she’s definitely in the hunt, and Margot Robbie has been coming on strong lately with both a SAG and BAFTA nod for Mary Queen of Scots. It doesn’t hurt that Robbie’s name has been a popular one in Hollywood over the last calendar year with her future works. Not only is she starring in and producing one of DC’s next big projects, Birds of Prey, but she may well be nominated again next year for playing Sharon Tate in Quentin Tarantino’s Once Upon a Time in Hollywood. Her name and popularity may scoot either Foy or King out for one of those slots at the Oscars. So will it be Foy and King joining the other three, or Foy and Robbie, or King and Robbie? As for the win, King could succeed where Stallone failed and still end up with the Oscar win. Her film, Beale Street, would have to do very well on Oscar morning with nominations in a few unexpected places, like Director and Picture, maybe. Otherwise, I think Adams and Weisz will fight it out over the SAG and BAFTA awards. If one of them wins both, they’d probably win Oscar, too.

Sorry about all of the reading there and all of the head-spinning-level of possibilities, but that’s where we are now. I was hoping Critics Choice would really help us figure out where everything was going to land, but now a couple of races have been flipped on their heads, and SAG and BAFTA are really going to be relied on this year, especially in the acting races.