A win at the Critics Choice Awards could make or break some of these movies' Oscar chances. 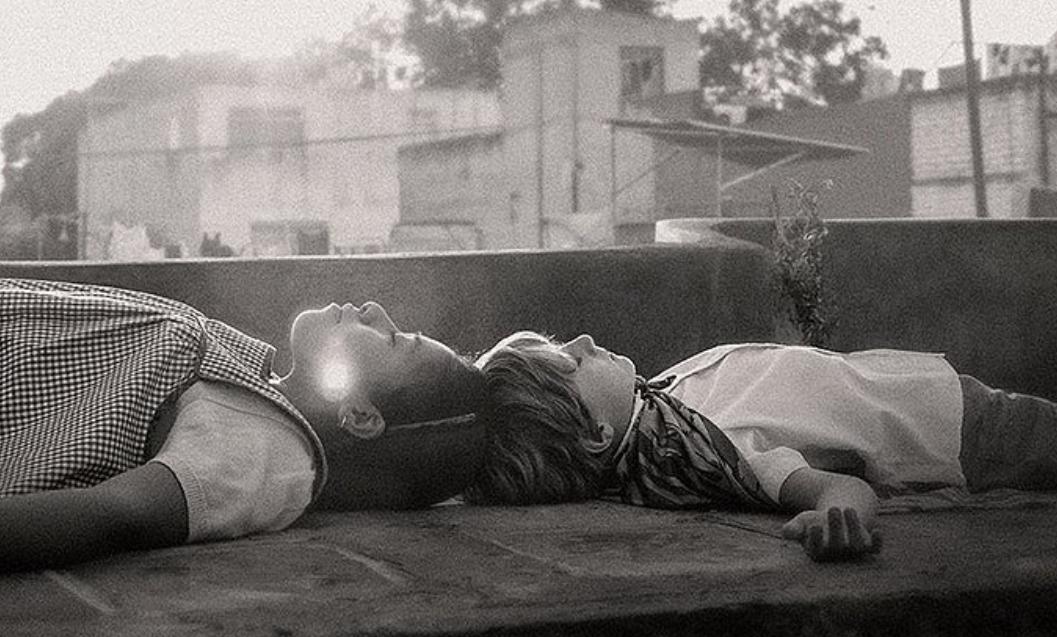 This Sunday, January 13th is the Broadcast Film Critics Society Awards, and similar to my reports earlier this awards season, I’ll really be focusing on the technical and top categories, and awards like Best Comedy Film, and Best Actor in an Action Movie are going to be thrown to the wind. So, with all of the recent activity with Golden Globe upset wins in top categories and BAFTA nominations further shaking up the awards race, what will the Critics Choice do? Well, here’s the direction I think they’re going.

And the winner will be…Black Panther

This category will likely be the sole place Marvel’s billion-dollar juggernaut is awarded outside of those silly Action Movie races, and this was the only nomination that BAFTA bestowed upon the film. There is a chance that a more traditional Best Picture type, like First Man wins here, or the other Marvel giant, Avengers: Infinity War, but I think the support isn’t there for Avengers and First Man has a few other categories that it has a better shot at.

And the winner will be… “Shallow” from A Star is Born

The only Globe victory A Star is Born received was in this category, and I think this should be a gimme for Bradley Cooper’s directorial debut. I don’t think anyone else here has a shot.

And the winner will be…First Man

After I got this one wrong at the Globes, I’m not gonna doubt Justin Hurwitz again. Remember that First Man scored 10 nominations here, and it’s rare for a film with that many nominations to be shut out. A passion vote for scores like If Beale Street Could Talk or Mary Poppins Returns are other possibilities, but I’m not quite picking up the vibes of an upset.

And the winner will be…Vice

This may be the only victory Sunday night for Adam McKay’s Dick Cheney biopic. We often see a link between Makeup and an acting race for winners, like Darkest Hour and The Iron Lady, so if Vice does lose, Christian Bale may also lose. For me, the only other contender I’m looking at is The Favourite, but I think Critics Choice will try to predict the Oscars here, and Favourite did not make the shortlist for contenders in the Makeup category.

And the winner will be…The Favourite

I think Yorgos Lanthimos’ The Favourite will win at least a couple of awards here in the techs, and this is one of them. Looking at the other nominees in this category, I’m not sensing a win anywhere else.

And the winner will be…The Favourite

Here’s another win for The Favourite. It is going head to head with another pre 20th-century costume drama, Mary Queen of Scots, so there is a shot of vote-splitting, but since Favourite is much more in the conversation for a Best Picture nomination and Mary Queen of Scots is not, again I’m sensing a win to try and predict the future Oscar winner.

This is the only legit race in the tech categories this year. There’s a number of directions they could go. Roma has the tight cutting that Gravity had between long takes, which always impresses the voters, The Favourite and First Man are technical darling films, and there is a lot of quick cuts in First Man, and sometimes we see the most editing win the category. Also you’ve got Vice in the race, and editor Hank Corwin’s editing style was nominated three years ago for The Big Short, and it’s another one voters salivate over. And we’ve also got A Star is Born to consider, since Best Picture and Best Film Editing famously overlap, and, not to give it away too early, but I’m sensing that film is ahead for Best Picture here, so they could go with that one, too. What makes me pick Roma, though, is the fact that it is the biggest critical hit of all these flicks, and this is, after all, the Critics Choice awards, so I’ll go with it, but it’ll be a legitimate five-way-race.

This is the easiest category of the evening. Alfonso Cuaron will likely take home at least a couple of awards on Sunday night, and this is one of them.

Another easy win for Roma, and similar to the Globes, I think voters at the remaining precursor awards will pick up on this film winning this category and they won’t look back.

And the winner will be…Spider-Man: Into the Spider-Verse

After that slight Globes upset, I’m gonna stick with Spider-Verse until it stops winning. Even though Incredibles 2 was a monster hit with audiences and critics, I see the new toy that is Spider-Verse taking away all the attention.

And the winner will be…Crazy Rich Asians

I’m going with a relative long shot here. From the looks of it, The Favourite, Black Panther, and Vice, the other nominees in this category that will put up a fight, all have more attention on them in other categories than Crazy Rich Asians, and that film does have a rooting factor to it, and I sense them taking this category so the film doesn’t go home empty-handed.

And the winner will be…BlacKkKlansman

Get on up there, Spike! I think BlacKkKlansman is far and away the frontrunner in this category, and the other nominees are not going to challenge it too much.

And the winner will be…Green Book

I’m of two minds in this category. Either the winner is the critical favorite, or the film that won the Globe for Screenplay, Green Book. Both films have an equal shot at the victory, but looking at the remaining categories, I’m not seeing any other place to award Green Book, so I think Critics Choice will follow suit with the Globes and give the victory to the writing trio.

I sense this will be the sole victory for Barry Jenkins’ adaptation of James Baldwin’s novel. Regina may have missed out on SAG and BAFTA nods for her performance, but like Sylvester Stallone before her, she has a good shot at winning here Sunday. And sadly, for her, it may be her last win of the season.

And the winner will be…Richard E. Grant for Can You Ever Forgive Me?

I am going with a relative upset here with Grant winning over Globes victor Mahershala Ali (Green Book). Remember, part of the reason for Mahershala’s win last Sunday was an IOU for his loss two years ago at the Globes for Moonlight. Now at Critics Choice, there is a chance for someone else to take that Supporting Actor trophy, and when you look at the charismatic, possibly career-defining performance by Richard E. Grant, which has won over a number of critics groups, there’s a legit two-way-race there. What’s putting me over the edge for Grant is the fact that Mahershala won here two years ago. That doesn’t mean it’s impossible for him to win, but there is not a long history of actors winning multiple awards here at Critics Choice in short succession.

And the winner will be…Glenn Close for The Wife

This will be a three-way-race between Lady Gaga (A Star is Born), Olivia Colman (The Favourite) and Glenn Close, but I’m giving the edge to Close, especially after that Globe win. Again, going with the spread the wealth idea, I think the voters feel The Favourite has enough attention, and that speech Glenn gave at the Globes may have not only won her the award here, but more awards later this season. That being said, there is a shot Star is Born wins this one, and if Olivia Colman wins at SAG, which could easily happen, then we’ve got a real race on our hands.

And the winner will be…Christian Bale for Vice

This is another dicey category. We have Bradley Cooper’s self-directed performance in A Star is Born versus the starmaking performance of Rami Malek in Bohemian Rhapsody, versus the physical transformation of Christian Bale in Vice. All three contenders have a narrative that could lead to a win here. I’m actually thinking the Globe winner, Rami Malek, will be in third place here due to the lack of support for Bohemian. However, a win for him signals a sweep across the rest of the awards season. So, if I’m right, that leaves it between Cooper and Bale. The reason I’ll stick with Bale, besides the aforementioned link to the Makeup category win, is that if I’m also right with A Star is Born taking Best Picture, Cooper will win an award there as a producer on the film. Plus, going back to the Globes speech argument, Bale’s acceptance speech, while a little bizarre, got a lot more attention than Rami’s, and that may also help push him over the edge.

And the winner will be…Alfonso Cuaron for Roma

After that Globe win, Alfonso may well be on his way to another Oscar win for his passion project Roma. There is still a chance for a Spike Lee upset, but with him winning another major award for Adapted Screenplay, and his loss at the Globes to Cuaron, I think they’ll go that way. If I’m correct, this will be the third award of the night for Alfonso.

And the winner will be…A Star is Born

One thing we know for sure is that the Globe Drama winner for Film will not repeat here at Critics Choice (Bohemian wasn’t nominated). So, I’m thinking with Roma already taking home four awards, they’ll want to spread the wealth. So it’ll sound weird for A Star is Born to only take home Best Original Song and Best Picture. That’s what I’m going for, and it’ll be a good representation of how off this Best Picture race is. They could go for five wins for Roma, but I’m not quite seeing it go that far.

For the rest of the awards season race, Critics Choice will either be a building block to an eventual Oscar win, or a roadblock that could end your Oscar dreams. Most years, Critics Choice is viewed as a non-starter, but in a complicated year where we have a two or three-way race in multiple categories, these contenders will take anything they can get.