Crisis On Infinite Earths REVIEW – The Arrowverse At Its Finest

All the DC characters, and I mean all of them, team up to put a stop to a universe-wide evil scheme. 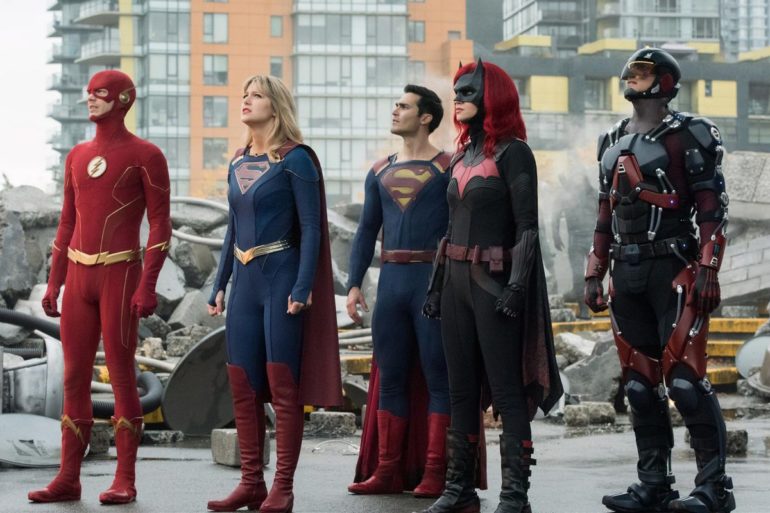 Ever since the CW decided to cross over The Flash and Arrow, crossover events have become an annual presence in the Arrowverse. Each year, these events aimed to be bigger than the last one by combining more shows and adding fan service that can make anyone who loves DC Comics smile. We knew the latest crossover, Crisis on Infinite Earths would be the biggest one yet when they announced it during last year’s crossover, Elseworlds. Since Elseworlds, news started to trickle in as old faces from the Arrowverse and even legendary figures like Kevin Conroy would appear. With this much hype for the crossover, it’s very ambitious for the CW to tackle one of the most famous events in comic book history. Yet their determination paid off, as Crisis on Infinite Earths is a beautiful love letter to not only the Arrowverse, but DC Comics as a whole.

Crisis on Infinite Earths centers on The Monitor (LaMonica Garrett) and Harbinger (Audrey Marie Anderson) gathering Supergirl (Melissa Benoist), The Flash (Grant Gustin), Green Arrow (Stephen Amell), Batwoman (Ruby Rose), White Canary (Caity Lotz), The Atom (Brandon Routh), and Superman (Tyler Hoechlin) together to fight against the Anti-Monitor. It’s not just the planet that’s at stake, but the entire multiverse is endangered. The team must stop the Anti-Monitor as billions of lives are at risk.

It’s astonishing that the Arrowverse managed to crossover five different shows with Arrow, Batwoman, Supergirl, The Flash, and Legends of Tomorrow (technically six with Black Lighting) and made it streamed line. The story itself is simple as it makes our heroes immediately group up to stop the villain from destroying the multiverse. Newer fans or people coming in blind will probably have a harder time understanding some of the main character arcs, like Oliver’s, which makes references back to Arrow season one.

The crossover rewards fans who stuck with the Arrowverse since the beginning, similar to what Avengers: Endgame did for fans who had been around since Iron Man. While there’s a lot of fan-service, thankfully, that’s not the cornerstone of the crossover. The producers understand that the story and characters need to come first. Every emotional beat hits really well and helps to keep the viewer engaged. Even with the special effects being a little lackluster, it’s given a pass because we care more about the emotional weight than the spectacle.

Huge credit needs to go to Stephen Amell, who always brings his best when playing Oliver Queen. Amell gets to play all different facets of Oliver with him being a hero, a father, a friend, and someone that people will look up to. It’s going to be hard not to have a presence like Amell in the Arrowverse, and the crossover showcases why the whole shared DC TV universe began in the first place. Since Arrow only has a couple episodes left until the series finale, it feels like this is the climax to Oliver’s character arc. The writers make smart references to classic moments of Arrow with flashbacks and callbacks that makes everything come full circle.

But this isn’t just an Arrow spin-off: all of the main characters manage to get their time to shine. There isn’t one moment where you question why any particular person isn’t featured more, as everyone receives the appropriate amount of screentime. With Arrowverse veterans like Grant Gustin or Caity Lotz, great performances aren’t something shocking to witness, but Ruby Rose surprised me the most during the crossover, as her turn as Batwoman felt like her first real outing. Granted, her show’s only just begun, but the performance so far has been a little lackluster. In the crossover, however, she feels a little more dynamic – not only with herself but also with others, in particular Mellisa Benoist’s Supergirl. Hopefully, that same energy continues with the rest of the season of Batwoman.

Yet what people were really anticipating were all of the different cameos. From the names announced, you had Burt Ward (the original Robin from the 1966 Batman TV sho,) Kevin Conroy, Tom Welling and Erica Durance having a Smallville reunion, and more. That’s to name a few because the producers worked hard to get everyone from DC’s onscreen history to appear. To say they did a great job is an understatement because they put their heart and soul into honoring all things DC Comics.

Since the crossover is centered around an infinite amount of worlds being destroyed, it fits organically into the story as each character appears on their own earth, which won’t mess with the reprised character’s continuity, or that of the Arrowverse.. There’s also a couple of shocking appearances that I dare not spoil because the producers knew not to announce them as the surprise would be worth it. Trust me when I say that you’ll jump out of your couch when it happens.

The only problem is there’s too much meta-humor involved with the event. Sometimes it’s great when the show shades itself like when they visit an alien planet, and a character comments that it just looks like a forest (calling out budget restrictions.) But most of the time, it becomes a bad running joke, especially when they mention the word crossover. It works with a show like Legends of Tomorrow because they’re treated as the black sheep of the Arrowverse and use meta-humor well. However, here it wears off when everyone starts to mention “the annual crossover” and becomes an eye-roll.

There’s so many things that could have gone wrong with Crisis on Infinite Earths, but miraculously, everything came together for an amazing crossover. The story didn’t suffer any speed bumps as all five shows flowed naturally into one another. Even knowing a lot of the cameos were just filler, it didn’t feel out of place, and could make any fan smile. Crisis on Infinite Earths is the ultimate love letter to DC Comics past, present, and future that also shows why the Arrowverse will continue to be a success. 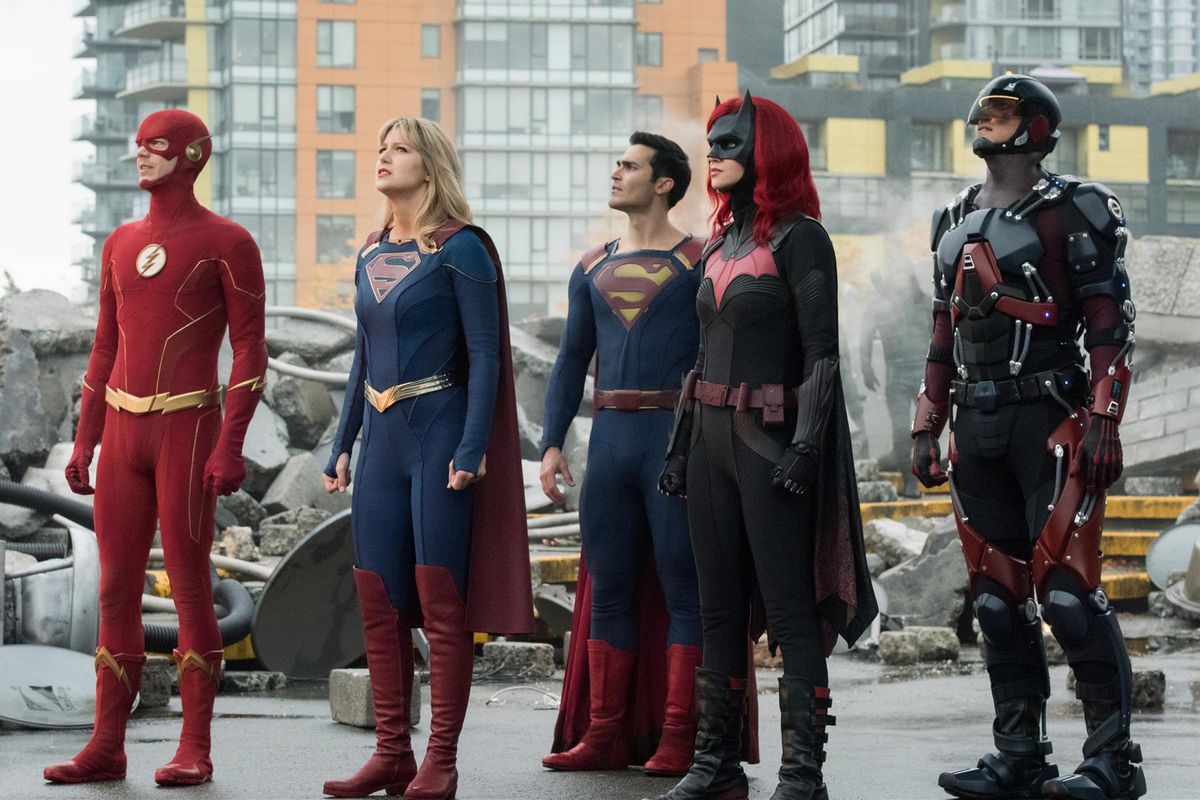 Verdict
The Arrowverse pulled off the impossible by not only making an excellent adaption of the legendary Crisis of Infinite Earths comic miniseries, but also one of the best television crossovers of all time.
9
Cultured Vultures is a pop culture website established in 2013 covering all things gaming, movies, and more. We eat your words.
All The News On The Biggest Games