Crackdown 3 (Xbox One) REVIEW – Crack-Done With This 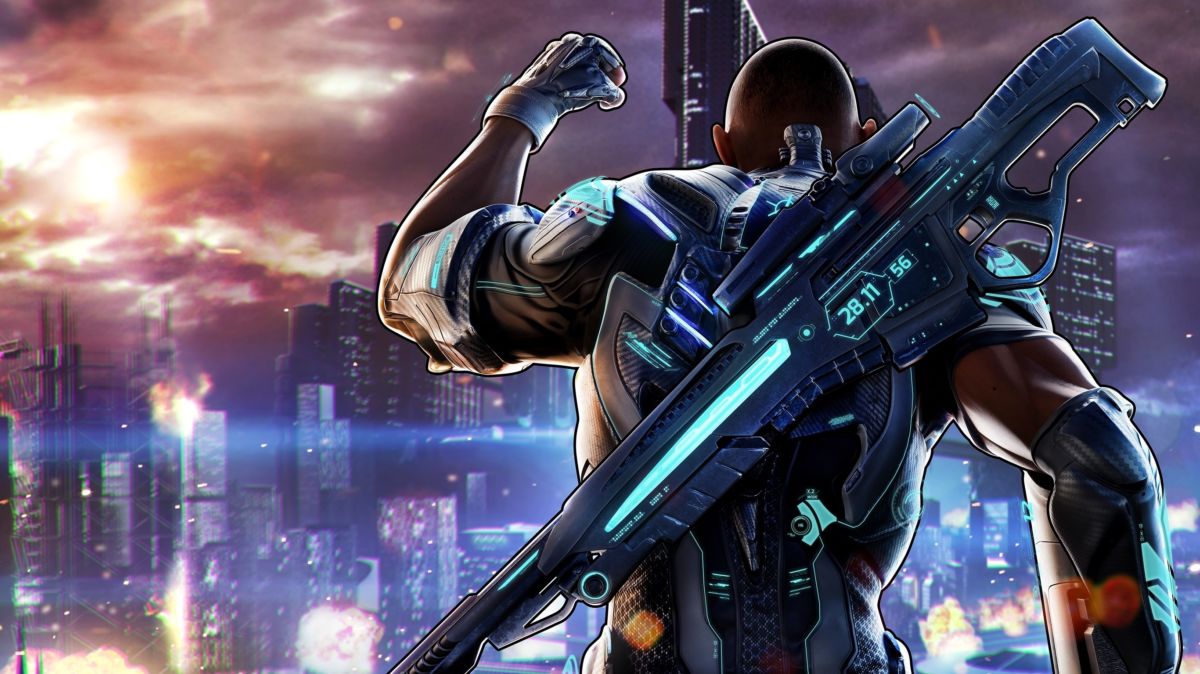 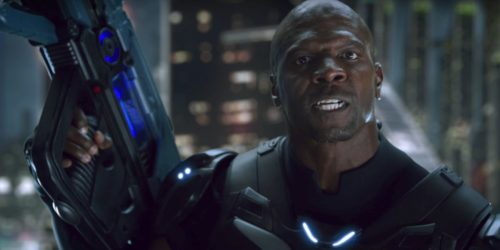 There’s a moment around 2 or 3 hours into Crackdown 3 where its appeal makes sense. All of your key skills have been sufficiently levelled up and you’re able to scale tall buildings with relative ease, your weapons finally do decent damage and you have the strength and health to make running around decking people a legitimate strategy.

For those familiar with the series, you might recognise it as the same moment from the first two games. It turns out that rumours about Crackdown 3 feeling dated weren’t greatly exaggerated, as Crackdown 3 closely resembles the first game in a lot of aspects. The problem is, in a lot of the game’s key design choices, it feels like Crackdown 3 goes further back than the 12 years since the original game.

Crackdown 3 starts out with your agent travelling to the city of New Providence, the one city that hasn’t been decimated by Blackout attacks. Also, it’s the HQ for the corporation responsible for those attacks, TerraNova, so The Agency has arrived to kick ass but get blown out of the sky within the first five minutes. Whoops. After a quick resurrection, it’s on you to single-handedly take down some evil megalomaniacs through any means necessary. 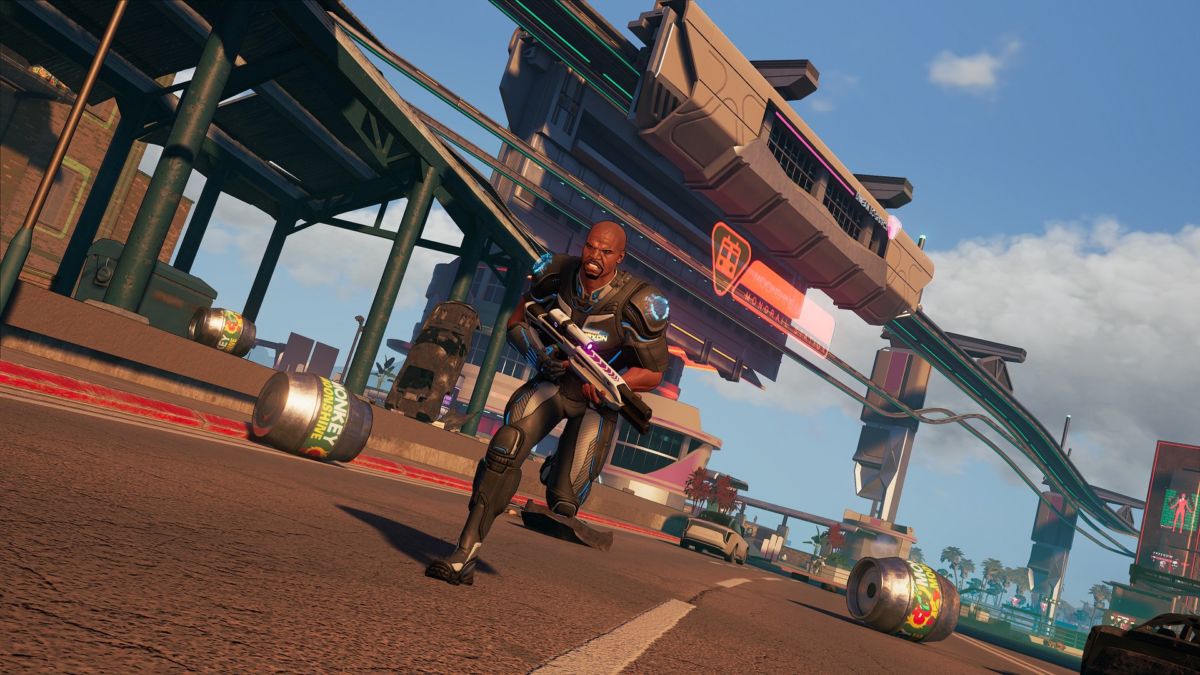 Let’s be honest, though: stories in Crackdown are like farts in a tornado — inconsequential. You’re not playing the game for a hard hitting narrative about the perils of corporate greed and how absolute power corrupts absolutely, you’re here to play as a superpowered badass and cause some mayhem, and Crackdown 3 definitely delivers in that department, but how the game serves that mayhem up to you feels weak.

TerraNova is divided into three divisions, Security, Logistics and Industry, and you’re encouraged to take down each division before you tackle the CEO Elizabeth Niemand. You can make a beeline straight for her skyscraper if you like, as the game is “non-linear” after all, but you’ll probably get eviscerated before you make it even halfway up the building.

That said, the game feels deceptive in its implementation of its non-linearity. In Crackdown 3, the map feels like it’s been designed to lead you in a clockwise fashion around the outskirts of the map, taking down objectives and lieutenants along the way before tackling the division heads and final boss that are waiting in the centre of the map. 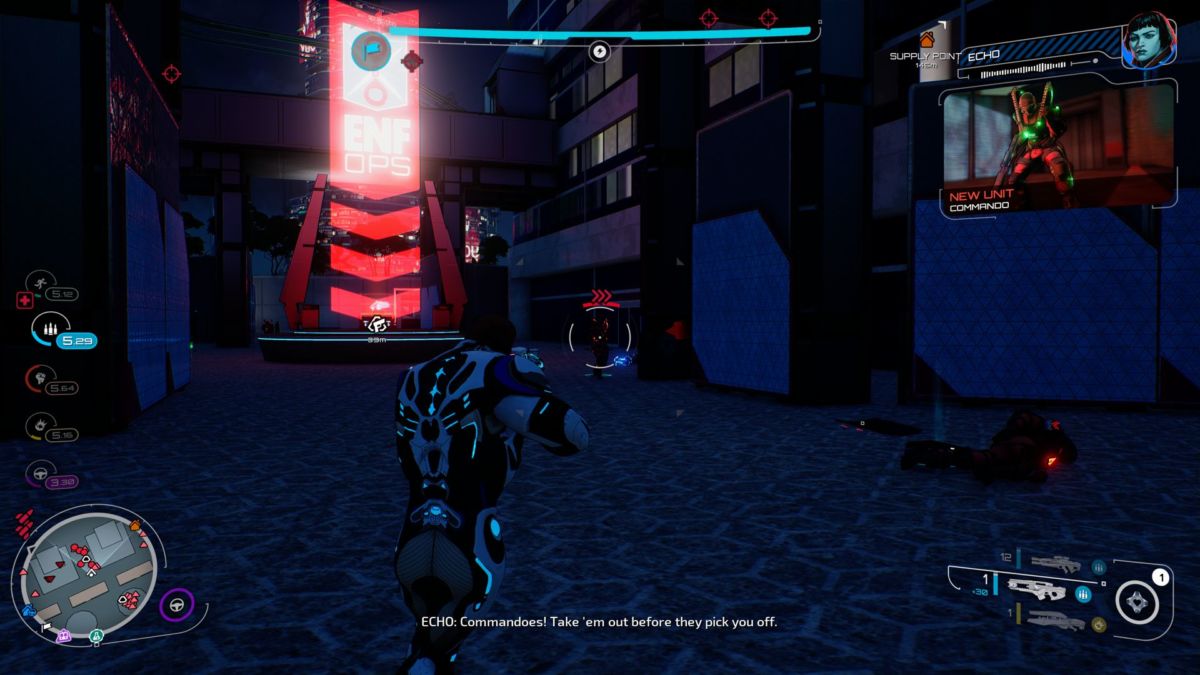 The idea is that taking down the lieutenants makes the division heads easier as certain hazards won’t be active along the way, and defeating those makes the CEO fight easier too. It’s the same formula used in the original game, where taking out a gang’s weapons supplier would mean the gang leader wouldn’t be as well equipped, but the non-linearity in that game felt more organic.

Each of the game’s three gangs had its own island, with its own objectives that you could take on in any order, so you felt much more in control of how you went about dismantling the gang’s criminal network. In Crackdown 3, it’s hard to escape the feeling that you’re being funnelled towards the “correct path”, which ruins any potential replayability the game might have had.

Plus, the non-linearity only applies to certain aspects of the game. The three division heads and CEO are permanently accessible in the center of the map and can be challenged at any time, but in order to spawn the lieutenants, you have to take down objectives like mining installations, monorail stations and security precincts. It feels inconsistent. Why allow me to make a run at the boss from the get go, but force me to jump through several hoops to take down the middle men? 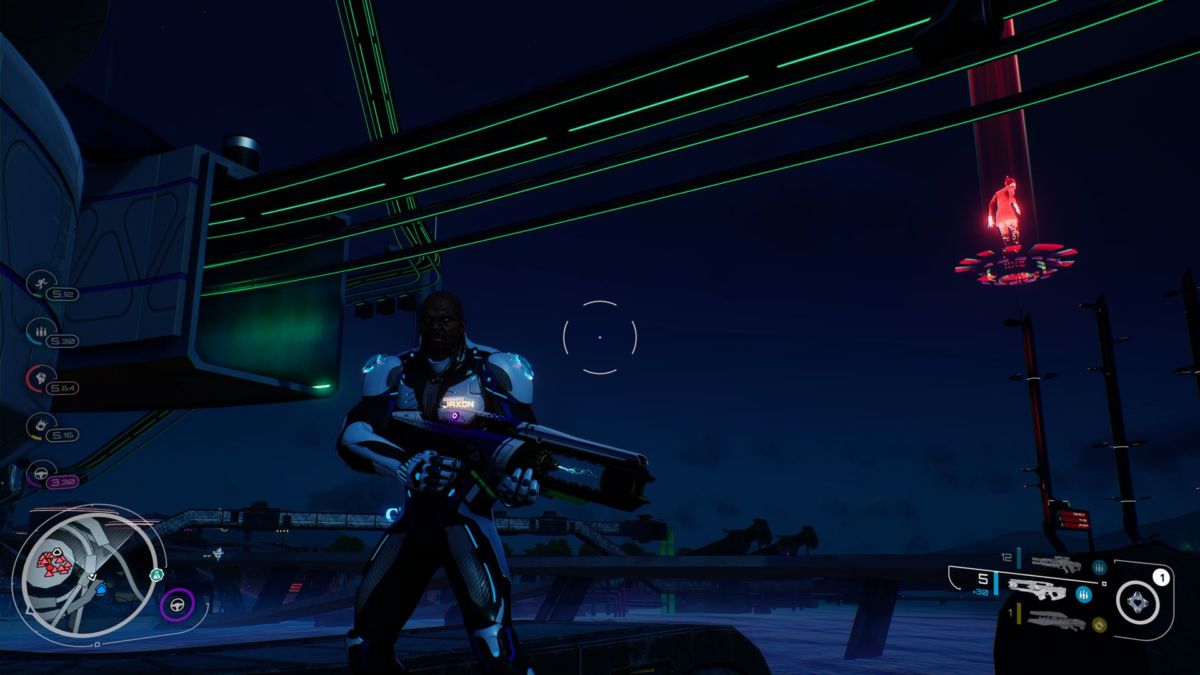 Furthermore, Crackdown 3’s level and progression design feels unimaginative. Running around the map checking off objectives like taking down outposts feels more like the Far Cry take on a sandbox than Crackdown, and the fact that the four main bosses all reside in their own skyscrapers makes the endgame feel like a real slog.

Regardless of the countless gripes with the game’s overall design choices, the gameplay itself is decent enough, and there’s plenty of fun to be had playing as Terry Crews, battering goons with the dead bodies of other goons. The core appeal of Crackdown has always been the ability to play as a superpowered agent of justice, treating the world like your playground, and that’s certainly present in Crackdown 3.

Soaring over buildings before ground pounding a group of enemies will always be satisfying, as will launching a car into an explosive barrel to take down a base’s officer. At its best, fights in Crackdown 3 are like something out of a comic book: over-the-top, filled with explosions and a joy to look at.

The “skills for kills” system is still in effect, allowing you to level up based on what you prefer. Strength and agility are probably the two most useful skills, as they allow you to run faster, jump higher and hit harder, while the driving skill is left abandoned and forgotten. Sumo Digital tried to make the driving interesting by adding a car that can drive up walls and a tank, but the physics and handling are so wonky that it’s better to remain on foot.

However, there are still problems to be found. The lock-on is predictably awful, often times targeting environmental objects as opposed to the goon rushing you or the 20 foot mech standing behind it. Oddly enough, you can’t seem to switch targets while locked on either, meaning you have to disengage and re-engage your lock on if you want to switch, which is annoying in the middle of a hectic firefight.

The boss fights against the faction leaders are also some of the game’s most monotonous sections. Boss fights have never been Crackdown’s strong suit, but here they feel especially dull, as they’re often superpowered versions of common enemies.Three out of the game’s nine bosses are just bigger versions of the standard mechs you fight regularly, while another is just a more deadly version of the standard gunship. It’s dreadfully uninspired.

Despite the obvious glaring problems that Crackdown 3 possesses, it’s still easy to find some fun with this game. It’s a Game Pass game in the same way certain PS2 games would be considered perfect rental titles. You’ll download it, blitz it in a weekend with a mate, consider it somewhat enjoyable and forget about it forever, and that’s fine if you’re a dedicated Game Pass subscriber.

For those who are purchasing the game full price, it’s hard not to feel like you’re being shortchanged. Essentially, you’re paying £50 for a game that was done better 12 years ago, and Xbox have been offering the original Crackdown as a free download for the past couple of weeks. With ideas and execution that feel like a step backwards from the original release, Crackdown 3 is a bit of a disappointment.

Verdict
Though there are moments here that’ll bring a smile to your face, Crackdown 3 is crammed with ideas and game design choices that were done better over a decade ago. Just play the original game and wash your hands of this version.
6