Christian Cage: How 2021 Became The Year Of Captain Charisma

You've still got it! 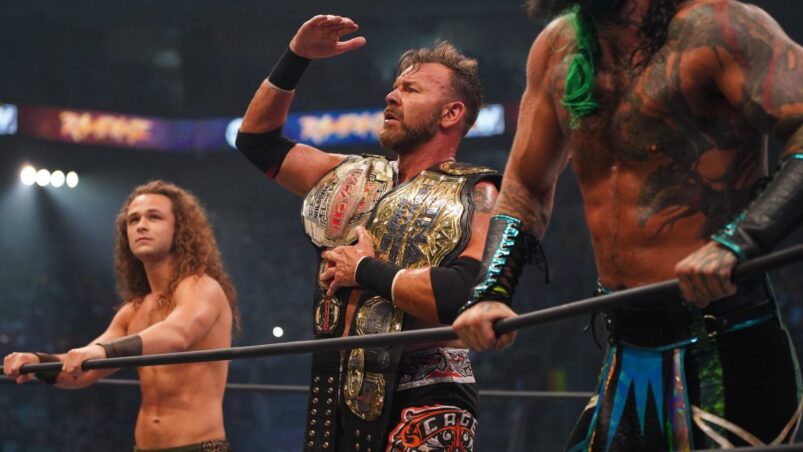 2021 is a year that will be remembered for many great things in pro wrestling: the comeback from the pandemic, the return of CM Punk and the general landscape of the industry changing on almost a daily basis. However, there is one aspect of 2021 that seems to often be forgotten: the in-ring return of Christian Cage.

‘Captain Charisma’ made his shocking return to the squared circle as part of the annual WWE Men’s Royal Rumble match, almost a year following the triumphant comeback of his long-time friend and partner, Edge. Fans were overjoyed to see the former World Heavyweight Champion don the boots and tights once again, after almost a decade of inactivity following his retirement. Christian seemed like he hadn’t missed a beat, tussling with some of the best of today’s roster and proving that he still has what it takes to be a someone in WWE.

Surprisingly, Christian didn’t stick around for long as part of WWE, despite him choosing to make that the ground for his return. Following the Royal Rumble match, ‘Captain Charisma’ went quiet, with many fans speculating that he may be gearing up for a WrestleMania return, or even something bigger. What fans didn’t anticipate however was him signing with All Elite Wrestling a month following his Rumble performance.

The re-dubbed Christian Cage signed the dotted line at the Revolution pay-per-view, joining fellow WWE alumni Paul Wight and Mark Henry as they also jumped ship. ‘The Instant Classic’ proclaimed that he would return to the squared circle with the aim of outworking everyone else on the roster and immediately set his sights on the likes of Kenny Omega and The Elite.

Within six months, Christian Cage was competing at the top of his game in show-stealing matches, his Dynamite debut against Frankie Kazarian especially being a hidden gem of 2021. Cage found himself in the fray for the AEW Championship in time for AEW’s biggest show of the year, and possibly the biggest wrestling event of the past decade, headlining the show against ‘The Cleaner’. To nobody’s surprise, Cage put on a wrestling clinic to send the Chicago crowd home happy. Christian had solidified his place on the AEW roster and convinced the few remaining doubters that he was more than capable of performing at the level he is.

Cage’s success didn’t stop at All Out, as just a couple weeks before his AEW title match with Omega, he defeated ‘The Cleaner’ as part of the inaugural episode of Rampage to capture the Impact World Championship. This was a huge move for Christian’s current standing, as well as Impact’s relevancy in the wrestling industry. Fans were drawn back to Impact to see the former NWA World Champion’s return to the Impact Zone, a place that he’s all too familiar with.

Christian’s involvement with Impact helped raise its reputation to a point where audiences were brought back to the product for the first time in years. Their most recent event, Bound for Glory, delivered on all accounts thanks to the renewed interest from the fans, to which Christian has been a big part of. His main event contest with up-and-coming star Josh Alexander was a huge hit for Impact and helped establish two new attractions in both Alexander and Moose. Even in defeat, Christian’s value to the business has never been more apparent.

2021 has very much been a huge year for Christian Cage, having competed in three separate companies, headlining three high-profile shows in each one. Much like his former running buddy Edge, Christian should be seen as a massive star with plenty left to offer in dream feuds against some of the aspiring young guns of both AEW and Impact Wrestling. As a Peep myself, I’m very proud to see a comeback run of this magnitude, few wrestlers can say that they had so much of an impact (no pun intended) on the wrestling business following their return from retirement.

READ NEXT: 5 Matches That Should Be Booked After The WWE Draft 2021