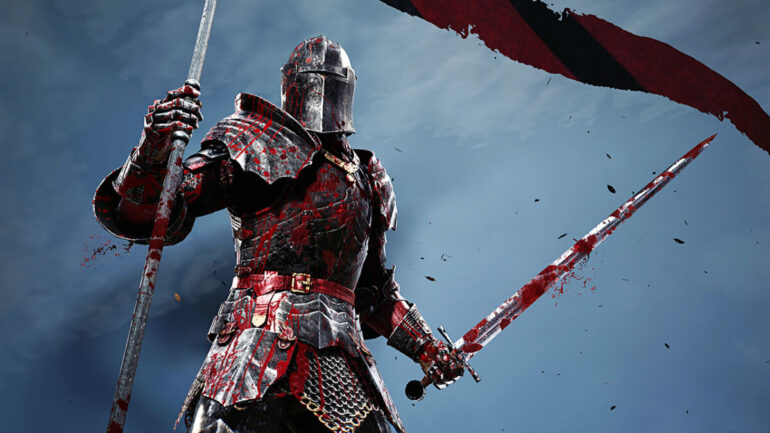 Torn Banner Studios and Tripwire have announced that pre-orders for their upcoming first person medieval multiplayer slasher/brawler Chivalry 2 are now live on PlayStation and Xbox. The game is already available to pre-order on PC via EGS, and will be launching on PC, PS4, PS5, Xbox One and Xbox Series X | S on June 8th. Naturally, buying the game on PS4 or Xbox One will net you the PS5 or Xbox Series X | S version respectively.

Do I Get Anything For Pre-Ordering Chivalry 2?

There are two versions of the game available to buy. The Standard Edition will set you back $39.99/€39.99/£34.99, while the Special Edition will cost $49.99/€49.99/£44.99. Pre-ordering both versions will unlock the Royal Zweihander weapon skin, while the Special Edition will also include the Jousting Knight armour, the Royal Broadsword, a Gold Horseman’s Axe, the Roses novelty item and 1000 Crowns (the game’s premium currency) plus 5000 Gold (earnable currency).

On top of that, pre-orders will also ensure your entry into the game’s cross-play closed beta, which will take place from Friday, April 23rd at 10:30am EDT until Monday, April 26th at 10:30pm EDT. The beta will include every platfrom, 64 player matches and a range of maps and modes, and four base classes that have now been expanded into 12 subclasses, allowing for more refined loadouts.