'The Viper' has slithered his way back to the top. 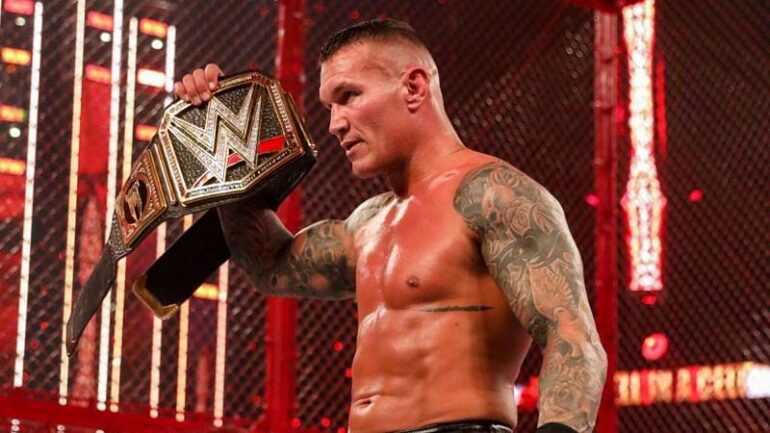 At WWE Hell in a Cell, ‘The Viper’ Randy Orton started his 14th WWE Championship reign after defeating Drew McIntyre inside the blood-red structure. The two battled here, there and everywhere, bringing their grudge to a brutal end with a vicious RKO. With the ring veteran once again on top of the mountain, it’s time for Orton to start exploring some fresh championship feuds, adding a few more career highlights to his already impressive legacy.

With Survivor Series on the horizon, I imagine that Randy will probably be keeping his title defences to a minimum, perhaps having one final defence against ‘The Scottish Psychopath’ before brand warfare fully kicks off. But after that, the possibilities are endless for some stellar championship action. Let’s go over five potential feuds that could go down with Randy Orton at the helm.

Make sure you throw down your own dream feuds down in the comments below. 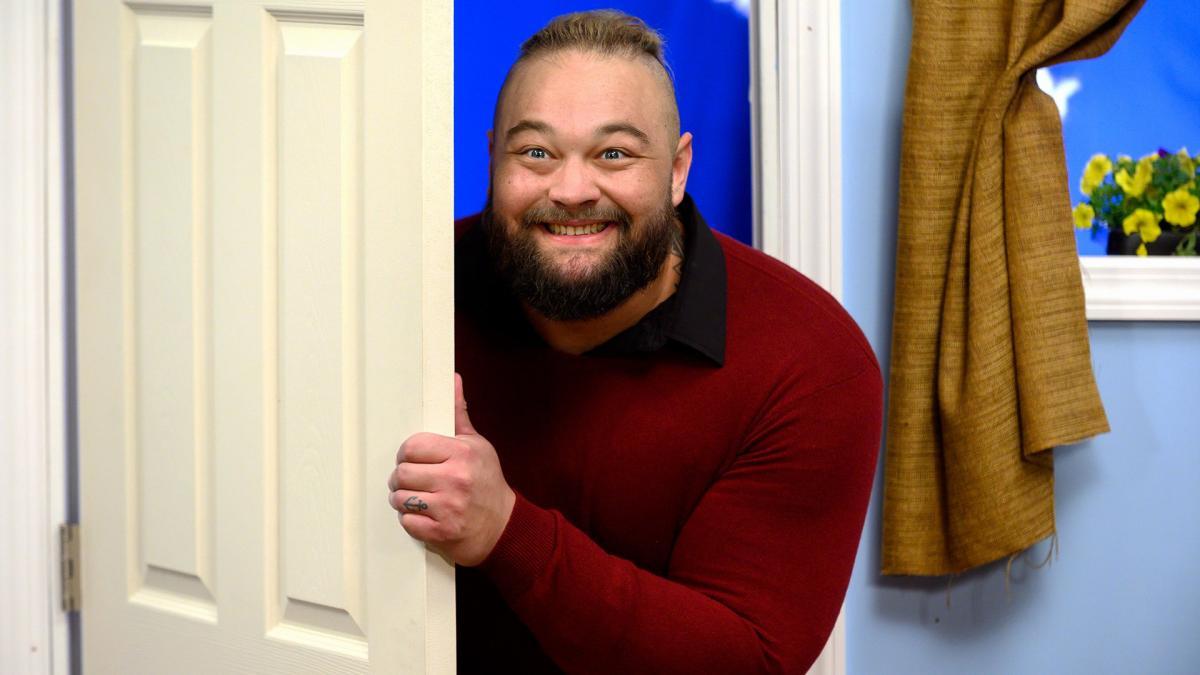 On this week’s RAW, Bray Wyatt hedged his intentions for a future championship match with Randy Orton, entering himself into the mix during an episode of A Moment with Bliss. Orton and Wyatt have had quite a storied history, wrestling on the grandest stage as well as in the House of Horrors (God, why did I remind myself). Many fans consider Wyatt’s defeat to be a crucial mistake by the booking team, part of the reason why ‘The Eater of Worlds’ fell into such disarray after dropping his first WWE Championship.

It’d be great to see ‘The Fiend’ right another wrong for the Bray Wyatt character. Putting the ghoulish monster against the equally maniacal ‘Viper’ would be a huge, marquee attraction for any given pay-per-view. I’d love to see the extent these two creative geniuses take their mind-games to this time round, and with Alexa Bliss in the mix, this could be a very different feud to the one we saw in 2017.

Expect this one to headline the December pay-per-view.

‘Limitless’ Keith Lee picked up a monumental victory over ‘The Viper’ upon making his main roster debut. Since Payback, Lee hasn’t really done much, which is a mighty shame considering just how much Orton put over the newcomer. I’m sure the former NXT Champion hasn’t forgotten about the one-up he has over the veteran, so perhaps that’s enough reason for Lee to be bumped up into the main event scene a mere few months after his debut.

Keith Lee is going to be a major attraction on Monday Nights once he gets off the ground running. WWE obviously have a lot of faith in the big man, so why not throw caution to the wall and let him tussle with Randy once again with the most prestigious title on the line. It would be a huge way to get Keith Lee over with the casual audience, and also give Randy a fresh opponent to sink his teeth into.

I’m more than ready to bask.

Another former rival of ‘The Viper’, AJ Styles has been traded to RAW and is already working his way back up the card by defeating Jeff Hardy to gain the first spot on the RAW Survivor Series team. Should Styles lead the red brand to victory, there’d be nothing stopping him from declaring his right to challenge for the WWE Championship.

Randy Orton has stated in the past how much he enjoyed working with AJ, and vice-versa. The two had some fun matches around WrestleMania season, and almost felt like they deserved to be featured under a different spotlight, perhaps one that involves a WWE title. Even though both superstars are currently wrestling as heels, I imagine it’d make for an interesting dynamic and an excellent 20-25 minute wrestle-fest. 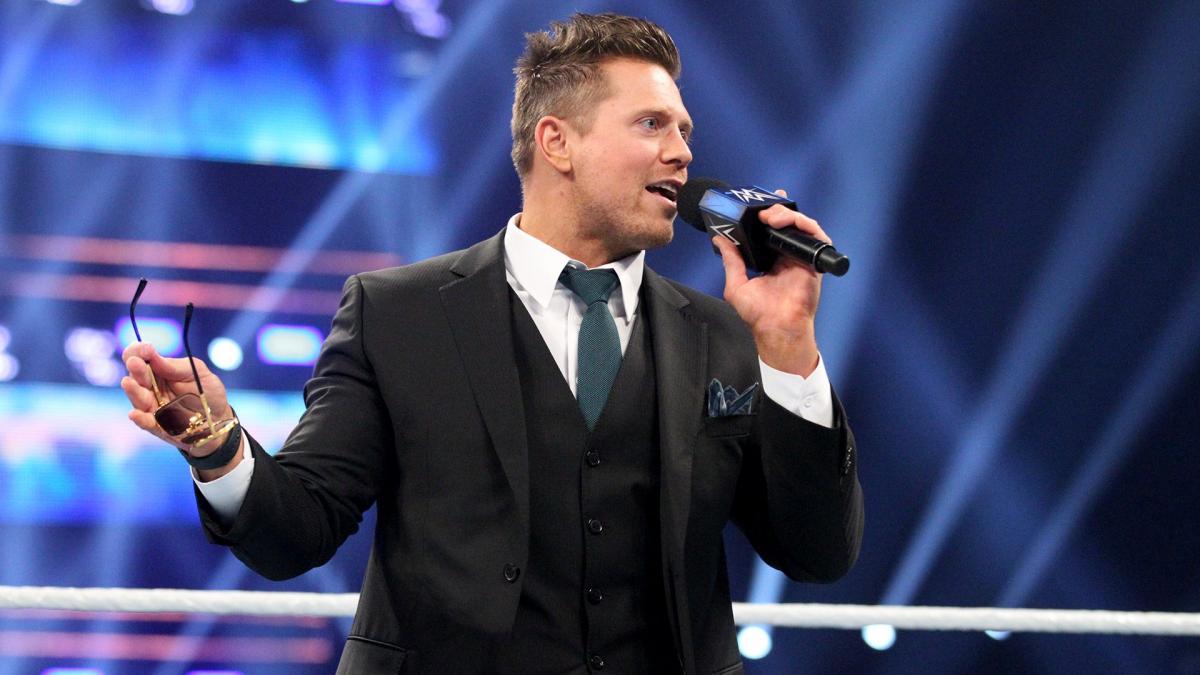 Now that The Miz is once again Mr. Money in the Bank, we should hopefully start seeing a correction in the career path of ‘The A-Lister’. For some bizarre reason, since the return of his best pal John Morrison, both men have fallen into the undercard and failed to capitalise on the success of their SmackDown Tag Championship run. I’m sure things are about to change for both superstars on Monday Night RAW, and that could all start with a successful cash-in by The Miz.

Wrestling historians will remind you that it was in fact Randy Orton that The Miz cashed-in on during his first MITB run. Could it be a sequel performance from the most must-see Money in the Bank holder in WWE? I for one would love to see The Miz reclaim the top title in WWE and prove to the few doubters that remain that he’s one of the most well-rounded performers on the roster.

Orton needs someone of The Miz’s character to bounce off of, it helps him look like a total badass and not so much of a slug.

One of the biggest rumours of 2020 has been that ‘The Rated R Superstar’ is soon to be crowned WWE Champion once again. With his feud against Randy Orton reaching somewhat of an anti-climax during ‘The Greatest Wrestling Match Ever’, it only makes sense for the Hall of Famer to be the one to dethrone ‘The Viper’ upon his return from injury.

Edge will surely be returning to action around Royal Rumble season, so perhaps its only a matter of time before we hear the sweet tones of Alter Bridge in the Thunderdome. It would only be the natural finish to Edge’s triumphant comeback story for him to win the WWE Championship from his former partner and rival. Edge has proven himself more than capable of handling main-event level competition, so why not go the whole distance and have him hold up that belt once again.

READ NEXT: 10 Best Halloween Havoc Matches Of All Time