It was a graveyard smash! 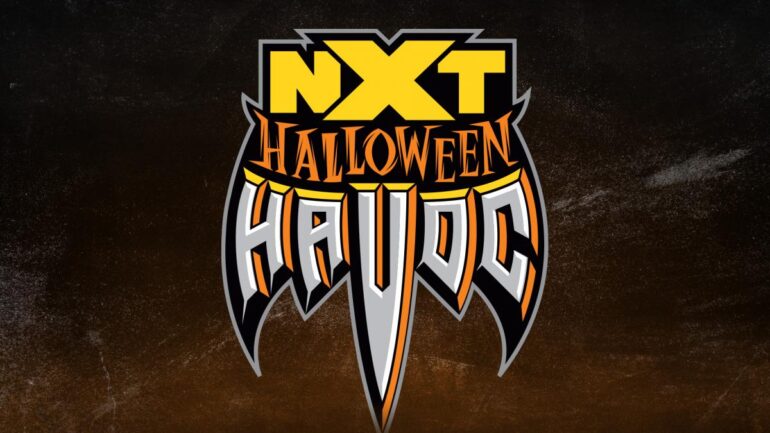 During TakeOver 31, NXT announced the return of Halloween Havoc, one of the more popular classic PPVs from the heyday of NWA and WCW. Renowned for its unique stage and theme, including a giant demon with a pumpkin, it continues the recent trend of resurrecting classic events such as In Your House and The Great American Bash in NXT’s attempt to defeat AEW.

With the anticipation for the upcoming event on October 28th, it offers an opportunity to look back at the best Halloween Havoc matches from years gone by. For those unfamiliar with Halloween Havoc and why some fans are excited, hopefully you will enjoy some of the classics below.

The Halloween Havoc theme actually debuted during the NWA years, and while the event itself was more solid than impressive, there were two matches that made the show worthwhile.

The first featured Lex Luger defending his United States Championship in one of his better matches, one that helps convince why he was once primed as a main event talent. His title defence was against the young Pillman, who only joined NWA that year and looked a star in this match.

Pillman’s attempts to use his pace was cut off by Luger, whose strength and size advantage suited his heelish performance. Pillman transitioned his tactical game to focusing on damaging Luger’s left arm, pre-empting Luger’s finisher Torture Rack. However, Luger’s ingenuity and knowhow eventually proved too much, using Pillman’s speed to hit a stun gun for the three count.. As the only then-three time U.S. Champion, Luger seemingly had the world at his feet.

The main event of the inaugural PPV was the repercussion of a show-ending brawl between all four men at the previous Great American Bash.

The Thunderdome match was reminiscent of WWE’s future Hell In A Cell, as the cage surrounded the outside of the ring, with Halloween decorations included. Featuring four of the biggest wrestling stars at the time, the big match feel was intensified by the inclusion of Bruno Sammartino as special guest referee.

Pinfalls and submissions don’t count in this match, instead Anderson or Hart have to throw in a towel to forfeit. The cage is supposedly electrified as the four men have a wild brawl, despite the strange decision to have partners on the outside to tag in. At one point there are ropes to swing on, and it adds to the overall madness of the no disqualification match. As a precursor to the more popularised Hell In A Cell, it’s worth a watch for wrestling fans.

At a time when the tag team divisions were strong enough to have both a World and United States Tag Team title, this match features a heated rivalry between two contrasting teams.

With the champions having been left bloodied previously by their opponents, it kicks off with a brawl that gets the crowd very heated and invested. Scott suffers as the babyface in peril against the cheating Knobbs and Sags, building to a tremendous hot tag for Rick.

During this period, Rick and Scott were one of the finest tag teams in the world, while this was the match commonly believed to have legitimised the Nasty Boys. The focus on Scott’s back told a great story, and it might be the most impressive performance from Knobs and Sags in their career. Unfortunately for WCW, they would lose the Nasty Boys to WWF by the end of the year, but for a brief moment, the Nasty Boys were the equals of the Steiner Brothers.

The build for this match was relatively messy, as The Steiner Brothers were originally meant to challenge ‘Dr Death’ Steve Williams and Terry Gordy for the titles. However, Rick Steiner tore a chest muscle on a Japanese tour, and the titles were dropped to Rhodes and Windham. This was meant to be a rematch for Williams and Gordy, but the latter no-showed the event, meaning Austin was drafted at the last minute as a replacement.

Despite all this, all four men came together to create a match filled with great heat and strong mat wrestling. The challengers surprisingly click well as a team, and Windham is a good babyface in peril. An old-fashioned tag match that keeps the pace going until the time limit draw with the champions retaining. The only negative is that Williams and Austin never teamed again, but for that rarity, this match stands out on an otherwise unremarkable card.

Despite WCW’s unquestionable misuse of Mick Foley, one of his few highlights during his years with them was his feud with Big Van Vader.

Unquestionably brutal for the time, their chemistry was tremendous and even survived terrible booking such as Cactus Jack being booked to have amnesia, and the inability to capitalise on Foley losing his ear. With no disqualification and falls count anywhere, victory was achieved by pinning your opponent and them being unable to answer a ten count.

Despite being a non-title match (no idea why), these two men tore into each other, with battles on the ramp, unprotected chair shots and elbow drops off the ramp. With both competitors busted open and a cringeworthy drop onto the ramp (that Foley admitted in his autobiography he wanted to force him into retirement), it stands up today. In the end, Race would use a tazer to save Vader and defeat Foley, who would later flourish in ECW and WWE.

Having debuted in July at Bash At The Beach and immediately defeating Flair for the WCW Championship in a shocking turn of events, Hogan accepted a rematch against Flair in a Steel Cage match where the loser had to retire. Having arrived three months previously after a huge welcome (and a literal parade), Hogan retiring was completely unlikely, but Hogan put on a surprisingly strong performance compared to usual.

Hogan entered the ring with an injured knee, a special guest referee in Mr T., the interference of Sensuous Sherri, and a masked stalker to stack the odds against he (I will not apologise for that awful rhyme). However, the crowd was electric as Hogan battled to defeat Flair and move onto Starrcade for a huge match against…Brother Bruti.

The cage match holds up impressively well with Flair at his most dastardly and Hogan was still riding the initial support from the crowd in a match better than expected.

1996 featured the debut of the NWO and the now infamous heel turn by Hulk Hogan, but it was the consistently brilliant Cruiserweight division that stole the show every night.

The desperate Malenko eventually hit Misterio with a second rope Gutwrench Powerbomb to secure the victory and the title in the process. The intensity of their battle matched the anticipation, with Malenko’s continuous offence on Misterio’s knee investing the crowd during this heated near-20 minute match. As a reminder of why Malenko inspired talents such as Daniel Bryan, this is definitely worth the watch.

One year later, the Cruiserweight Championship not only featured in the best match of the night, but is also commonly cited as the best match in the history of the PPV.

Guerrero here is the vicious and unrelenting heel champion, threatening Misterio’s legacy by attempting to rip away his mask. Misterio even used a rarely seen bodysuit to prevent the mask being taken, a psychological inclusion that adds to the overall excellence of the match.

Misterio has never been better as the underdog battling back as Guerrero tries to break him in half on multiple occasions. The pacing and crispness is exact, and the timing is pure perfection, as the build of intensity has the crowd roaring along. Misterio’s never-say die attitude culminates in a gorgeous Hurricanrana to claim the victory in a match that still feels ahead of its time today.

If you watch just one match from previous Halloween Havoc events, make it this timeless classic.

There are unfortunately very few WCW originals who went on to have successful careers, but the biggest three are arguably Goldberg, Booker T, and Diamond Dallas Page.

Known for his attention to detail and scripting of matches, Page at this time needed just that little bit extra to cement himself as a legitimate wrestler. His feud with Savage in ’97 achieved just that, the hatred between the two went on to be voted rivalry of the year by PWI.

A Last Man Standing match in all but name, both men brutalised each other around the arena, with both Miss Elizabeth and Kimberly Page getting involved at points. DDP entered the match with taped up ribs and this injury made him a prime target for Savage’s vicious attacks, but in the end it required interference from a fake Sting to defeat DDP. This heated and dramatic war was likely Savage’s last great match, and despite the loss, DDP had gained tremendous credibility over the last six months in this feud.

At this time, DDP was known as WCW’s version of the ‘People’s Champion’ and Goldberg was in the midst of his unprecedented undefeated streak. Unfortunately, due to some terrible timing issues by WCW, the live feed for the PPV cut off during the beginning of the match. As an apology, WCW showed the entire match free on Monday Nitro the next night, which I remember watching live, and until Royal Rumble 2000 was my favourite match ever (I was a WCW guy).

The psychology of this match is top notch, as Page is easily out-strengthened and has to use his speed and ingenuity to even the odds. Page uses Goldberg’s momentum against him, with the champion damaging his shoulder against a ring post. The moment Goldberg struggles to hit the Jackhammer, the crowd is shocked, and the Diamond Cutter leads to an amazing nearfall. In the end, Goldberg powers through and retains his championship in probably his best match ever.

In this list of tremendous matches from the annals of Halloween Havoc, featuring grudge matches, tag team and cruiserweight specials, and championship classics, there’s something for everyone in the lead-up to NXT’s iteration of the event. Will the WWE brand add their own classics to the ones mentioned above this October? Tune in to NXT to find out.

READ NEXT: Was NXT TakeOver 31 The Worst One Yet?