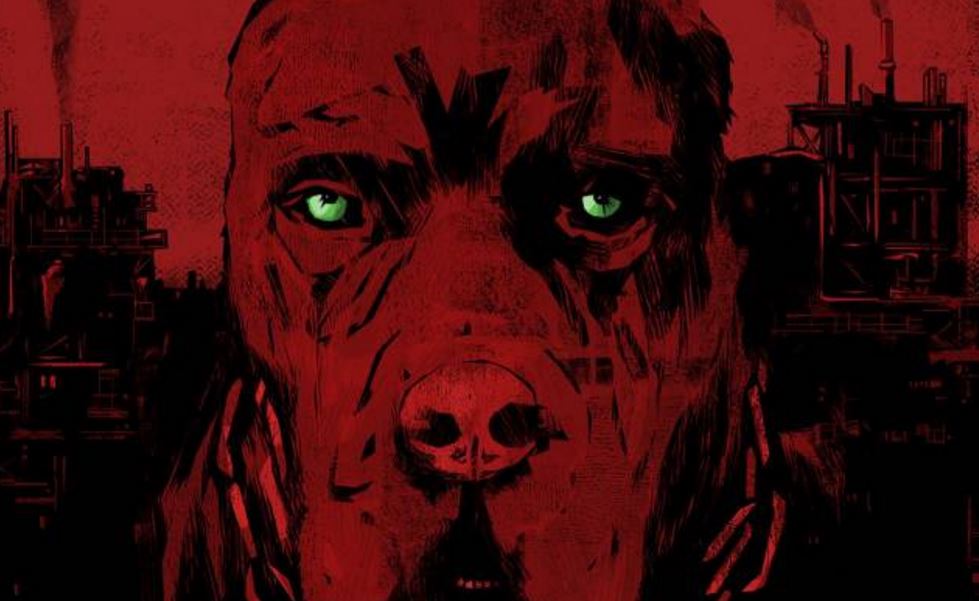 It is the future and Dr Phillip Bruno finds himself on the brink of nuclear fusion success, only for things to take a sinister turn. We are introduced to the dystopian society of Celebrity Gulag

by M. A. Rice, as Phillip regales his tale to us; at first through interchanging chapters that switch between the gruesome present of his apparent escape from incarceration and subsequent chase, and the events that lead up to them.

The strength of these early chapters is the world-building and sense of mystery, both about this world and the curious new rules that seem to exist, that Phillip has to navigate. For this reason I don’t want to spoil too much; the less you know the better. However, I would state that, as much as I like the title, Celebrity Gulag it needn’t have been. Celebrity Gulag, in the book, is a twisted take on Celebrity Big Brother, but the blurb mistakenly makes it the focus.

‘Celebrity Gulag: only the biggest, most famous, most watched show in the land. Imitated worldwide but never bettered, it is the biggest star vehicle known to humankind…’

How does he survive Celebrity Gulag?

I half-expected some kind of Hunger Games or Battle Royale-style death cull event, but the reality is completely different. It is a fascinating exploration of an alternate world-state where the internet is dead, leaving behind a generation of clickbait clickers without any clickbait. Entertainment becomes revitalized, more and more extreme, to sate the needs of the many.

On top of this is an extreme North Korea, Head of State-style Republican dictatorship, which in the end is the very thing that throws our protagonist’s life off the rails. As he claws his way back from the brink we are treated to the book’s strength; exploring this world and world-state.

The air at street level pulses with steam, refuse, booze and bad coffee. The entryway to the station opens out into a wide boulevard, bisected by a long concrete strip where a bawdy selection of male prostitutes strut and play-fight. Most are gaunt and bare-chested, some are poorly garbed in women’s clothes. They all cease their chatter to stare as I pass. A lean youth stands at the end of the strip, the hand of a heavy-set man hidden to the wrist in his underwear. Content with the inspection, the man gruffly summons the youth into a waiting rickshaw that speeds them both away.

The street narrows into a bottleneck, passing under shacks leaking smoke and water, the pavement covered with sludge where the drops from above have curdled into a sticky black sheen too thick to run. Panels of corrugated metal swing loosely over windows made from rotten wood and plastic. A vapour tube drops from one nearby as a ragged man exhales at length, idly watching me pass beneath.

Michael Rice’s style is expressive, his descriptions embellished by recognizable elements with odd quirks thrown in to make us question the world he is describing. It’s also tight, with good action where needed, and an internal monologue which doesn’t tire. Phillip Bruno is uncovering much of this world for the first time with us, so the revelations are honest. The further we travel with him, the more we root for him.

It was a book of ideas: I particularly enjoyed one concept that involved an ever encircling train that was literally how the destitute riding lived; only disembarking for a short while to grab nourishment before jumping on the next one. A form of State control. And if anyone should fall, or have their head caved in by something from above; nothing more than population control. It highlighted how brutal the book, and its encompassing society, could be.

And when the show begins, this Celebrity Gulag, we are prepared for anything. The introduction of more characters at this point eases the metaphorical boot on Phillip’s chest, giving him and the reader a bit of breathing space. New viewpoints and ambitions also display further traits of the society that has developed in this dystopian vision, and it’s pretty scary.

Verdict
An expressively written tale of a man of science fighting to stay alive in a dystopian, alt-future society, where fame and fortune take precedence over altruism. A society for the one.
9
Cultured Vultures is a pop culture website established in 2013 covering all things gaming, movies, and more. We eat your words.
All The News On The Biggest Games