Give this party game a bash. 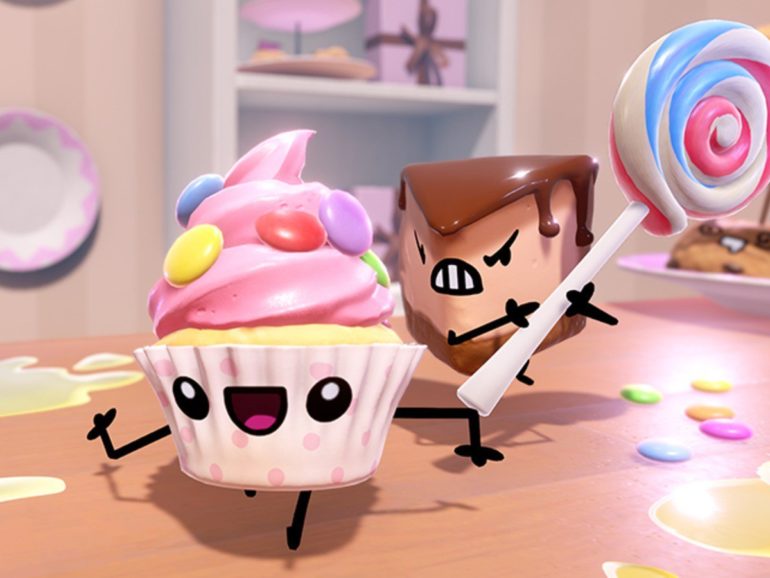 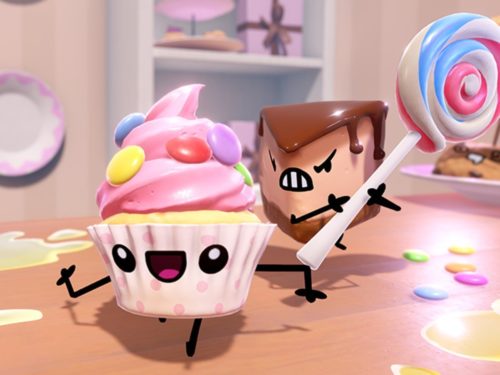 Ever since Mario Party burst onto the scene in the late 90s, there have been dozens of pile-on party games with generally lackluster results. Luckily, the charming Cake Bash is here to throw its tasty hat into the ring, reminding us that this often disappointing genre can still pack in some fun surprises.

Developed by High Tea Frog, Cake Bash sees you taking on the roll of a sentient dessert food as you vie to become the tastiest cake in the bakery. Players accomplish this task by competing in a series of mini-games that reward you with chocolate coins, which you can then use to purchase candy and chocolate decorations for your particular piece of dessert.

Naturally, it is in these mini-games that the fun of Cake Bash can be found. Running around trying to catch falling sweets while beating the candy off of your opponents with your tiny fists. Balancing an increasingly precarious ice cream cone, or hurling fruit into a dancing pie are some of the other tasks you can expect to be tackling with each passing round.

The rounds are split into 2:00 bash sections and 1:00 mini-games snacks. The bashes allow for the full range of movement, with the ability to dash, wield weapons, and attack your fellow players. The snacks are more laid back, focusing on lining up a poker to stab fruit for fondue or roasting marshmallows to careful perfection.

The nuance that High Tea Frog gives these games through their range of movement and the ability to just beat your opponents silly really layers things up nicely, and Cake Bash just feels great to play.

Despite the simplicity of most of these mini-games, the charming visual design and general madcap nature of Cake Bash keeps things remarkably fresh and fun for much longer than you would expect. Though sometimes the two minute timer for certain games does feel a smidge long, the bashes and mini-games are able to consistently maintain their fun factor for the most part.

Another frosty feather in Cake Bash’s cap is its surprisingly solid AI. Even if you’re only playing with the bots, this is far from a cake walk. To take the cake (I promise that’s the last dessert pun), you’ll have to bring your A-game, and even if you do, you can still expect a tough fight from the CPU characters, regardless of how many human players you have.

There’s also a surprising level of depth to decorating your treat of choice. Each decoration has a multiplier factor that can increase your tasty score. Mixing gummies, chocolates, and candies under the time limit can be a bit hectic, adding further challenge to the game. Players all make their purchases at the same time, and the addition of a randomized gumball machine that can either give you something good or drag down your points adds further complexity to this feature.

Still, it’s ultimately the jolly whimsy of the game that keeps Cake Bash fun and fresh long past the expiration date of other party games. There’s just something so delightfully silly about a donut chasing an eclair into a corner before smashing a lollypop over its head.

The music helps matters too, with a series of madcap, jaunty tunes most akin to the Rayman series. I couldn’t help bobbing my head to the music no matter how many times I heard it, particularly the infectious title screen theme.

Though the staying power of the game for each individual player will vary by how much utterly silly cuteness they can appreciate, Cake Bash really does do a better job than most party games at remaining worthwhile. The unlockable collectibles that you obtain gradually as you play, as well as some solid trophy design, help to give the game longevity. You can expect at least 5-10 hours of entertainment.

Having tested the game with my kids, my wife, and a friend, I can confirm that we were having fun in all three scenarios. However, even adults who have little interest in playing a party game themselves might consider grabbing this game for their kids. My daughters were having a blast with Cake Bash, and the joy that brought me as a parent gave the game further value for me.

Regardless of your age or family situation, and despite the occasional shortcomings of the party game genre, Cake Bash defies the odds and leaves a memorable impression. It’s a truly fun and unique little experience that will undoubtedly bring a smile and chuckle to players of all stripes. Here in the darkest timeline of 2020, that might ultimately be Cake Bash’s greatest strength of all.

Two Cake Bash PS4 codes were provided for the purposes of this review. 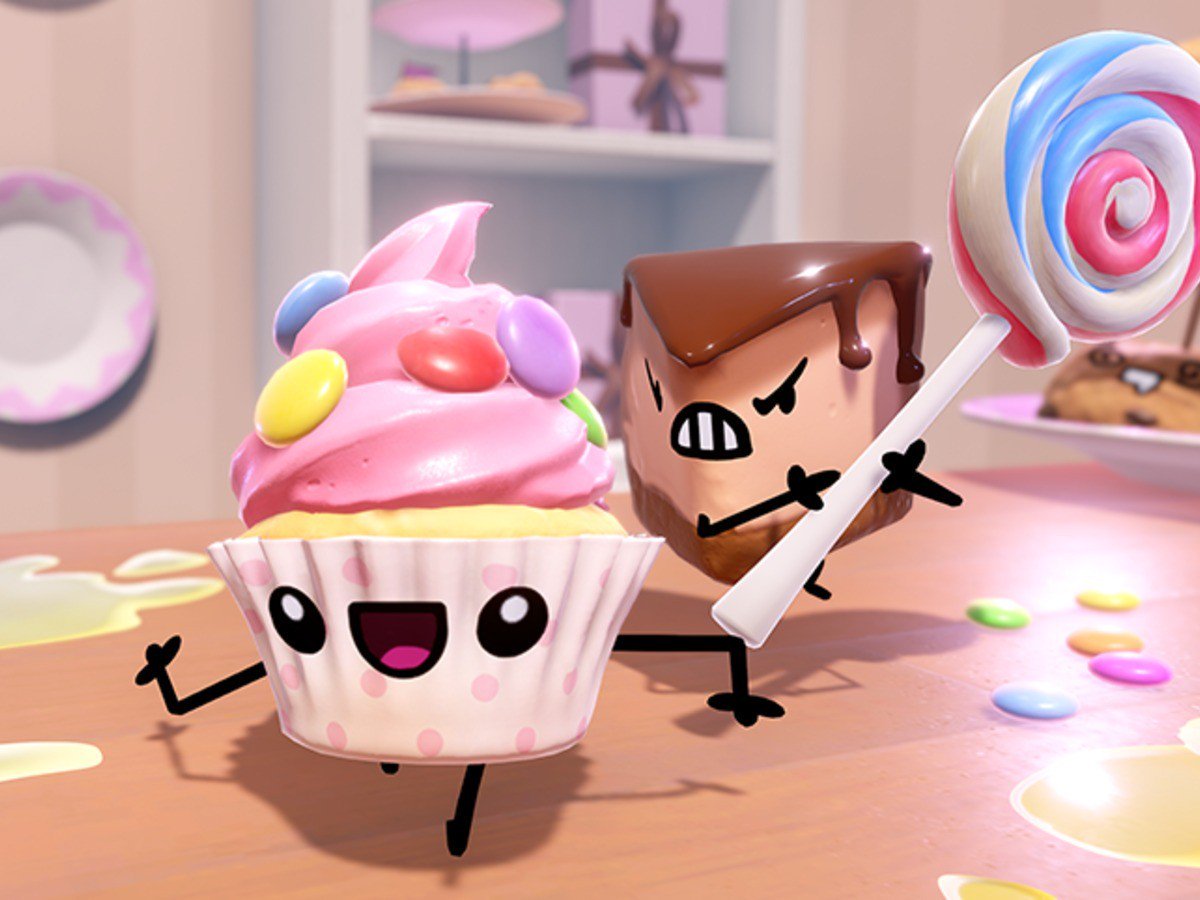 Verdict
Though the gameplay can be a tad simplistic, Cake Bash succeeds through the whimsical fun and madcap silliness it brings to the party game genre.
7.5
Cultured Vultures is a pop culture website established in 2013 covering all things gaming, movies, and more. We eat your words.
All The News On Your Favourite Games