Football Manager 2022 Is Fun But Just A Bit Too Familiar

Maybe if you haven't played since Football Manager 2019, you will love this one. 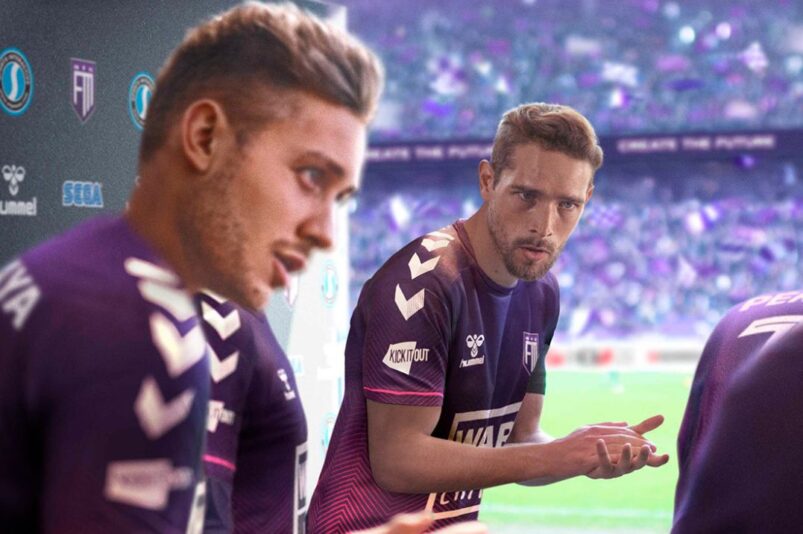 I really don’t envy anyone who’s involved in the development of annual sports games. While many players think they’re just low-effort rehashes every year (and, hey, sometimes they are), the reality is that it’s just impossible to do much but iterate each time. Developers release a game in the back half of the year and then have to fix things, add some things, and then jump right onto the next game and figure out how add new things. There seems to be very little downtime, and when you throw in a worldwide event that’s made us all best mates with our (now far smellier) couches, the balancing act gets even harder.

I say all of this because it’s very difficult to see Football Manager 2022 as something other than an iterative release. As someone who’s played Football Manager religiously since 2017, I can’t see my zealotry lasting quite as long as usual this year. I’ve poured almost 60 hours into FM 22 since its beta release, which is undoubtedly significant bang for my buck (and ruination for my normal living routine), but I really struggle to see myself adding many more hours. It feels just a bit too familiar to 2021 and 2020 before it, but still offers enough immersive, emotionally devastating fun to be worth a look for most.

The “headline features” of Football Manager 2022 wouldn’t really be enough to make many headlines themselves. The Data Hub is probably the main “back of the box” selling point, a place where those who eat and breathe numbers will be in their element, with you able to really dig in to the performance of your team. For instance, if you’re struggling to score goals, you can check to see if it’s down to poor crossing, a particular player, or something else. You can even write in queries like it’s Google for specific data, like passing, crossing, shooting, and more. It’s a neat addition, though may not be a massive deal for everyone. Still, if it’s actionable info you want on why your star striker stopped scoring, here’s where you need to go.

Then there’s the overhauled deadline day experience, which once again reinforces the notion that agents simply have too much power in the modern game. Players will be offered to you throughout the day, either as tentative enquiries or as “please get me out of this club” situations. Things are generally just more hectic on deadline day now and overall more enjoyable to take part in, but as it’s something that will probably take up around 10 minutes of playtime per season, it really doesn’t feel like a front and centre change.

The most pressing change, though, lies on the pitch and in the game engine, which feels far more dynamic in terms of animation. Players will no longer have the turning speed of a sixteen-wheeler and instead try to beat their man with simple tricks and feints, with the range of goals scored also being far more impressive. Teams can put together some quite genuinely lovely bits of football, though obviously not with the same level of sheen as something like FIFA, but FM arguably never needs to be 1:1 in terms of fidelity.

Apart from those three changes, it’s difficult to really point towards any noteworthy additions for Football Manager this year. There are a fair few QoL improvements, a new role in the form of the wicked fun wide centre-backs, and a much needed nerf to the 4-2-3-1 gegenpress, but otherwise I struggle to discuss FM 22 without also mentioning FM 21. After my first season, I’d already settled into a very familiar routine with the same conversations, the same interactions, and the same general experience as last time out. I might dip in and out of FM 22 over the course of the next 12 months, but I really can’t see myself getting quite as obsessed with the Football Manager experience as in recent years.

The fact that I’m at 600 words and really stroking my chin to find much else to talk about is kind of a sign of how conservative a release this year’s Football Manager is, though that’s maybe understandable in the context of just how hard development has been for studios worldwide in recent times. This even seems to have been alluded to by Sports Interactive head honcho Miles Jacobsen, who penned a long post before the release of FM 2022 to try to put across just how challenging development has been and will continue to be.

Football Manager 2022 is available on PC and Xbox.

READ NEXT: Football Manager 2022: Best Wonderkids You Can Buy For Cheap