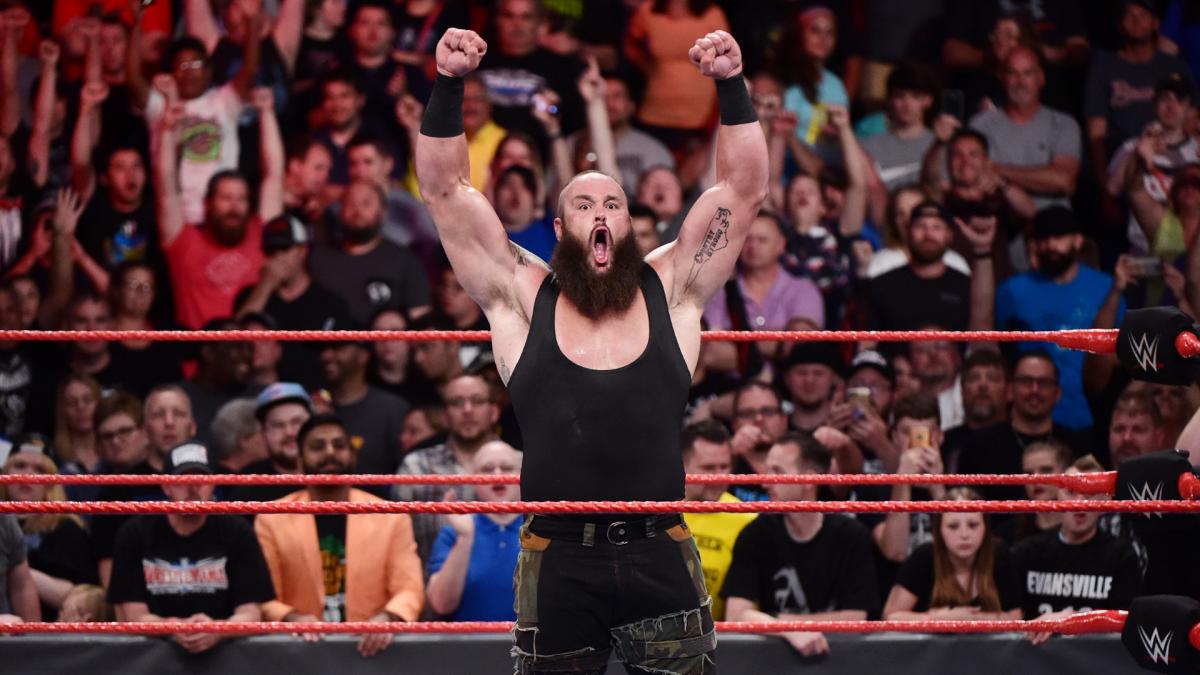 In a shocking turn of events, WWE came to terms with the release of ‘The Monster Among Men’ Braun Strowman as part of this week’s big cuts. The former Universal Champion, who has in the past headlined pay-per-views against the likes of Goldberg, Brock Lesnar and Roman Reigns, is now free to enjoy the fruits of the independent wrestling circuit, which avenues opening up that could lead him to promotions such as AEW and NJPW if he were so inclined.

The Strowman Express will undoubtedly carry on chugging after the 30 day clause has been completed, so for now let’s take a look back on his best moments and matches from his WWE tenure, a rare occasion where a homegrown talent thrived on the main roster from the moment he debuted.

1. Welcome to the Family, Son!

‘The Black Sheep’ of the Wyatt Family was introduced to audiences just after SummerSlam 2015 to help Bray in his ongoing feud with Roman Reigns and Dean Ambrose. Strowman’s cold entrance was met with a mixture of confusion and awe, with many fans wondering who the hell this leviathan was and why they hadn’t seen him on NXT television leading up to this moment.

Strowman was noticeably green in between the ropes but had a unique enough look and presence to match his physical stature. Braun took the world by storm and became a huge talking point for the weeks leading to his first PPV match, and victory, against The Shield and Chris Jericho.

From there, Strowman’s resume expanded to include instant classic tag matches against former ECW legends and The New Day, before finally breaking away from The Wyatt Family and forging his own singles success. This was a rare moment where the debut of a new, homegrown superstar was truly impactful, with most of the reception being positive compared to the usual slaw of pessimism. Take note.

2. Braun Strowman vs Everything

Throughout his initial singles career in 2016/2017, Braun Strowman was often found storming the backstage area, destroying both superstars and the environment itself. Living up to his moniker, Strowman was an absolute monster, displaying ridiculous feats of strength that led to him tipping over large vehicles and bringing entire lighting rigs down on top of fellow colleagues.

One of the most iconic moments from his tirades was during his defining feud against ‘The Big Dog’ in 2017. Strowman dismantled Reigns to the point where he was taken into the backstage area on a stretcher and loaded into an ambulance. Just as everyone thought their not-so-favourite babyface was safe, out came Braun for another round of punishment, launching Reigns (still strapped to the stretcher) from a platform onto the cold, hard floor below.

Strowman then continued to heave the ambulance that was holding Roman onto its side, roaring intently into the night sky after. It was an incredible scene that just personified Strowman’s new persona, a King Kong/Godzilla like entity that left destruction wherever he went.

Oh god, what a mess this was at the time. Little did we know, this particular WrestleMania moment would become one of Braun Strowman’s greatest WWE stints, where he would select a random member of the WWE Universe to act as his tag team partner against The Bar at WrestleMania 34.

Strowman would storm the ring, once again leaving chaos in his wake by tipping the carnival barge used during Sheamus and Cesaro’s entrance and scaring off the mascots in a hilarious routine, and then announce that he’d be teaming with an eight year old named Nicholas for the coming match.

Naturally, the youngster didn’t actually do much throughout, nor did Sheamus deliver a stiff Brogue Kick to the high-schooler, but it was a lot of fun that left most fans scratching their heads. This was Strowman’s first big championship win too, so it was a sweet moment that came in the form of something that was genuinely entertaining. Strowman made history by forging a partnership with the youngest champion in WWE of all time, what a WrestleMania moment.

Come 2019, Braun Strowman was easily considered one of WWE’s top stars, possibly the biggest superstar to not hold a WWE Championship at the time. Many had him pegged to be WWE’s flag-bearer for if/when Roman Reigns ever had to step down, he had evolved into a solid hand in the ring and was enjoying a series of main event level feuds throughout the year.

There was a certain member of the Saudi government who also enjoyed Braun Strowman’s efforts, and that led to a blockbuster match scheduled for that year’s Crown Jewel between ‘The Monster Among Men’ and ‘The Gypsy King’ Tyson Fury.

Celebrity matches have always been hit or miss with the WWE Universe but this one had people excited. Fury is of course a huge megastar in of himself and an incredible athlete to boot, seeing him match up against Strowman was a dream match for any sports fan. The match itself wasn’t amazing by any means, but it certainly lived up to the hype surrounding it, Fury gave Strowman everything he could and it made Braun look great in the process, showing just how much WWE valued him and trusted him in the ring.

There were plenty of rumours following their titanic clash in Jeddah that suggested the two would meet again at WrestleMania, though that never came to be. A shame really, as a sequel would have only improved Strowman’s stardom.

It was the weirdest backhanded compliment ever given in wrestling when Braun Strowman stepped in at the last minute to substitute Roman Reigns in the main event of the first night of WrestleMania 36 against Goldberg. Even though fans had assumed that Braun would eventually be crowned a major singles champion in WWE, most had given up by the time 2020 came around, with his previous feuds against Brock Lesnar and Roman Reigns ending in defeat.

However, his time finally came after four successive powerslams to the Hall of Famer, and he was able to raise the championship high above his head as the new Universal Champion. Braun’s title win set the world ablaze and reignited the momentum in his career.

This was a beautiful moment that fans of the monster will forever look back on fondly, even if it did come during a time of great uncertainty and wasn’t the original plan for WrestleMania. Nonetheless, Braun Strowman went from being a green nobody wearing a black sheep mask to the Universal Champion. A success story for the ages.