Bookworms Beware: 5 Novels About The Perils of Reading

They’re pretty terrible when you think about it, and a bit like the Internet. 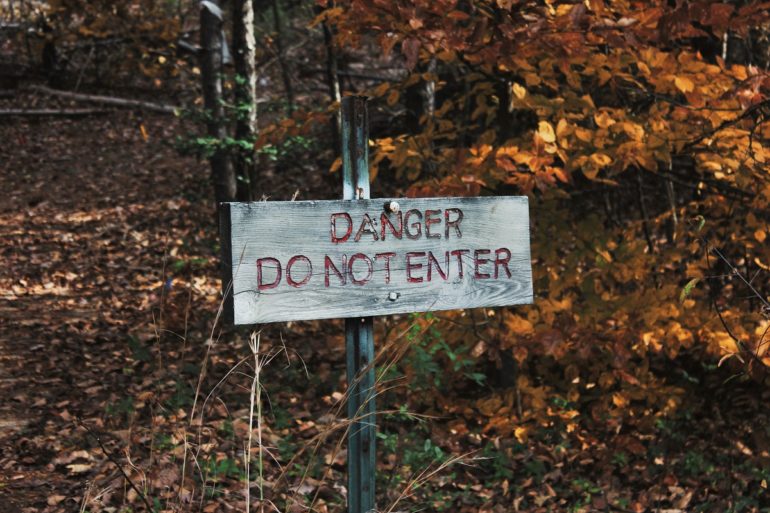 It’s only natural for cooks to love food, musicians to love music, and writers to love books. Or pretend to. Many writers are indeed dedicated cheerleaders for the noble habit of reading. But one shouldn’t turn a blind eye to its dark side.

Books can deceive, foster social isolation, promote self-delusion, spread dangerous ideas, nurture silly expectations, blur the border between the real and imagined, deprive the senses and weaken the body.In paper form, they easily burn. They can also kill (see below). They’re pretty terrible when you think about it, and a bit like the Internet.

This is a health and safety warning, fellow bookworms. If you believe yourself in danger from one or more of your books, do take some time off from your reading and live a little. Or, better still, read one of the following.

5. The Name of the Rose by Umberto Eco

Eco’s postmodern bestseller blends murder with philosophy in a setting where books often contain dangerous ideas. Ideas that intolerant minds would do anything to stop from spreading.

The time is the late Middle Ages. The place is a monastery boasting the greatest library in Christendom. Here, the monk and former inquisitor William of Baskerville, assisted by the Watson figure of novice Adso of Melk, investigates murders most foul. His quest involves a dangerous foray into the forbidden precincts of the library, built as a labyrinth to better guard its secrets, but also many a scholarly chat on such topics as heresy and Christ’s sense of humour.

Hic sunt spoilers. The library’s best kept secret, an important work believed lost (the second book of Aristotle’s Poetics, actually lost) serves as both motive and murder weapon. It praises laughter, which the killer happens to think is evil. As far as he’s concerned, the contents of the book are spiritual poison. So he poisons the book. Readers moisten their fingers to turn the sticky pages and poison themselves in direct proportion to how much they read.

In the end, not unexpectedly, books burn.

The Parisian copyists of the title build a lasting friendship based on their common thirst for learning. An unexpected legacy for Bouvard allows the pair to embark on an independent life in the country. With leisure on their hands, they can dedicate themselves heart and soul to whatever pursuit takes their fancy.

Guided by a multitude of manuals and treaties, but little sense, the two friends jump from one subject to another with supreme self-importance. They try farming, medicine, chemistry, archaeology, play writing, and pretty much everything else.

Disciplines are discarded like apple cores, but only after a period of fervent study and eager experimentation. The pair’s efforts lead nowhere at best, usually to trouble for themselves and others. They make a mess of their property, antagonise the locals, blow up things, hurt animals, and much more.

Flaubert intended to expose the stupidity of the bourgeoisie, a topic close to his heart. Ironically, his own pursuit, for which he did an exhausting amount of reading, failed to reach its desired conclusion. The novel was left unfinished at his sudden death.

Complaining about the impact of various media on young minds has been going on forever. But nobody does it with the wit and brilliance of a Jane Austen.

Her unlikely heroine, the naive Catherine Morland, feeds her appetite for fiction with liberal helpings of Gothic novels, especially Mrs Radcliffe’s The Mysteries of Udolpho. She neglects to consume much of anything else. Certainly no literature of the improving kind. So, like many a sweet and gentle young lady, she develops a taste for the horrid.

Austen, a fan of Radcliffe, enjoyed these romances herself—in moderation. But Catherine takes them seriously. Invited to Northanger Abbey, an ancient convent turned family residence, she expects hidden dungeons and gruesome secrets. To her dismay the place has all the mod cons of Georgian times.

But her imagination isn’t so easily dampened. She soon discovers a strange manuscript in a mysterious cabinet and, having accidentally extinguished her candle, spends a night of horror thinking of the awful confessions it may contain. Gusts of wind provide the required effects. In the light of day the manuscript turns out to be a laundry list. Next she begins to suspect her host of being a murderous villain — he turns out to be just a nasty man.

In the end, with the help of the hero, Catherine discovers that human nature isn’t to be found in Gothic novels. Lesson learned, it all ends in marriage. This is hardly a spoiler.

One should never neglect the impact of books on impressionable older minds. As it happens with Cervantes’ famous character, the wings fiction supplies to the imagination may take it too far from solid ground.

The constant perusing of chivalry romances makes Alonso Quixano quarrel with reality. Wishing to become a knight-errant himself, this middle-aged Spanish gentleman takes the name of Don Quixote and leaves his comfortable home in search of adventure. So begins one of the great classics of Western literature.

Don Quixote views everything through the lens of his beloved books. His bony nag Rocinante is a proud steed. The peasant girl he fancies is a noble damsel. He himself is a proud champion of truth and justice. Inns are generally castles. Windmills are, famously, giants. Flocks of sheep are powerful armies, a barber’s washbasin is a golden helmet, and so on.

His adventures are many and wondrous. Squired by the long-suffering Sancho Panza, he attacks a goodish number of unsuspecting travellers, manages to release a group of galley prisoners, and regularly finds himself on the receiving end of violence and ridicule. But his ability to see things as they aren’t carries him through two large volumes that made literary history.

In this nightmarish novel the passion for books is a dangerous kind of madness. Sinologist Peter Kien cares for nothing but his library and his work. His ordered life revolves around them. People he regards as nuisances to be avoided unless they can serve his books. When his housekeeper shows exaggerated care for the most battered and unloved volume in his collection, Kein feels impelled to marry her.

She soon becomes his torturer, invading the sacred space of his library and introducing unwanted elements, such as furniture and her conversation. The harassed scholar begins to lose all grasp on reality. In a surreal scene, he gives a warlike speech to an imagined audience of his books, urging them to resist the intruder.

Exiled from his flat, he starts to believe that he carries books in his head. Literally. He removes and stacks them up in the evenings. He also believes he has killed his wife. Several grotesque characters cross his path in a series of strange happenings until, with his own hand, he brings about his worst nightmare. There’s nothing random about the novel’s English title (the original German would translate as The Blinding) referring to a certain practice of the Inquisition.

Dark humour abounds, but this book is nothing to joke about. Published in 1935, it portrays a world on the brink of horror.