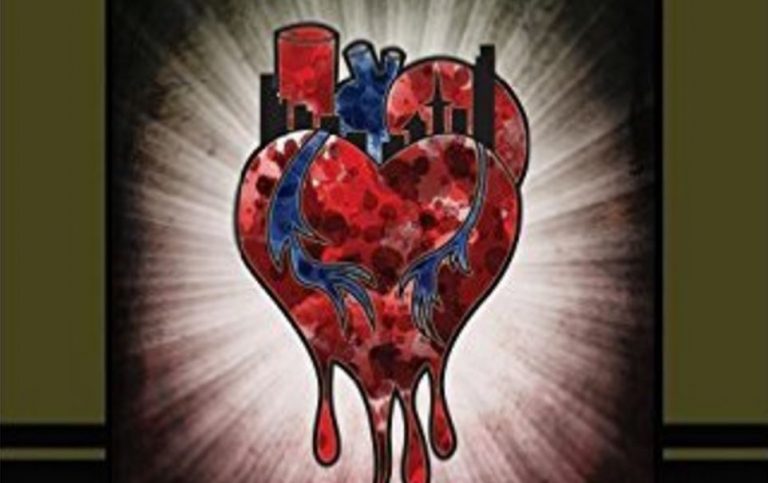 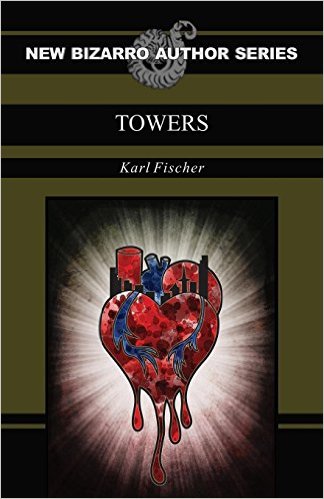 Don’t you just hate when you want to be with the person you love, but have to live for a thousand years as a Tower in order to fight against the end of civilization? So begins this bizarre tale in the homonymous genre, where all is possible and more often than not, the unexpected is commonplace.

Karl Fischer’s Towers is a monstrous love story which epitomizes Bizarro literature perfectly; the short story contains, but isn’t limited to, illusions of immortality, reincarnation and even trans-species rape. For this style of literature, it would appear, the weirder, the better; and Towers exudes strangeness.

The story follows the protagonist, Alti, in his quest to be united forever with the female object of his affection, Quatra; against the backdrop of a looming apocalyptic end of civilization. To escape their inevitable demise, the couple decide to become transformed into military Towers in service against attacking sea monsters, for a millennium with the promise of an eternal afterlife. There’s an unexpected twist to their seemingly concrete plans when short of their intended time as Towers, Alti is brought back to life to serve as a worker (“Oyster”) in the very building he used to be.

If this isn’t enough originality for the reader, the series of peculiar turns the story takes will indulge your credulity – and at times, fatigue it.

The imagination of Fischer appears somewhat sporadic, because the story’s ample originality sometimes masks the fractured continuity of the story. In the first few pages, the hero goes through doubts of whether his affection for “the singular cog that would mesh with my own”, was blinding love or pure resentment. Even after overcoming all impediments to get the girl, he is still unsure whether to be repulsed or accepting of her.

This ambivalence of the protagonist is reflected in the narrative by his indifference at his transformation of very sudden mutations into a creature with pincers for digits while still appearing to retain human features. Alti’s transformation is reminiscent of Gregor Samsa’s metamorphosis, if slightly lacking in Kafka’s accessible character exposition and development.

Nonetheless, the force of Towers lies in its ambitious attempt to merge rather post-modern themes (the favoring of machine capabilities to the biology of the “human germ”, the battle between belief in the redemption of the afterlife or the sensory present); with the age old love story, in an apocalyptic fight for civilization while all the time, maintaining (a semblance) of human frailty and vulnerability.

As an introduction the world of Bizarro, Towers is a fine read with enough twists and turns to engage the reader’s imagination, if at times fragmented in terms of character development. But for an author who describes himself as a “crazy person”, his audacity is admirable and combined with the possibilities of the genre, there is much to look forward to in the future from Karl Fischer.