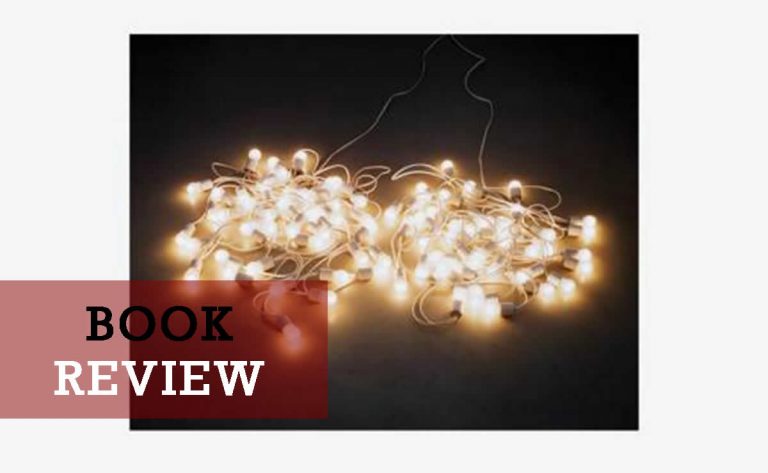 Stone’s Throw is part personal essay and part art criticism focusing on the work of conceptual sculptor Felix Gonzales-Torres. I wasn’t at all familiar with Gonzalez-Torres going into this book, so for me this was an introduction to him. On that level it succeeds as it familiarized me with his major works and gave me a good idea of what Gonzalez-Torres was all about. I’ll get into this a little further, but I can’t say that I’m a big fan of his work after reading this book even though I can see the merit in it.

To many, contemporary art, conceptual art especially, is an impenetrable fortress. Work like Gonzalez-Torres’s actively goes against many people’s ideas of what art is supposed to be. A piece consisting of thousands of wrapped candies spread out on the floor that patrons are allowed to eat (titled Untiled (Placebo))is neither aesthetically pleasing nor holds meaning for many. David Deitcher’s book goes into the “meaning” behind the work with a highly accessible clarity. For the candy installation, he explains the precedence of “anti-monumentalism” that is intentionally creating works which are not imposing and designed to be temporary. A major concern for Gonzalez-Torres was decay, and a display that would gradually disappear as patrons visited it fit right into that.

“The emotional impact of experiencing works like “Untitled” (Placebo) is in no way mitigated by its floor-hugging repudiation of monolithic verticality that—inherently phallic—characterizes more conventionally monumental sculptures. Gonzalez-Torres’s conception of such works gave poetic shape to the fact that organisms in general, and human bodies in particular, inevitably lose their integrity, eventually die and disappear.”

Despite seeing the merit in it, I still wasn’t really sold on the candy installation. A piece that Deitcher does go into called Untitled (Perfect Lovers) was much more striking to me. This piece consists of two synchronized clocks touching. The idea being they would go out of sync as their batteries died and eventually stop at different times.

The first half of Stone’s Throw reads like more straightforward art criticism, examining where Gonzalez-Torres fits in with the movements of Minimalist and Conceptual art. The second half goes more into Deitcher’s relation with him and the social context in which his art was conceived. Deitcher goes into how both Gonzalez-Torres and himself were gay men that lived through the emergence of AIDS. They both lost close friends and both Gonzalez-Torres and his partner eventually succumbed to complications. This was likely where many of his Gonzalez-Torres’s artistic preoccupations came from.

Despite that, I found this section to be a drier read. He goes between the wider social context and his personal stories so much, it’s not as coherent as it could be. I also get the impression that Deitcher was afraid to get emotional as he could in this section. That, or he’s simply better at art criticism than talking about himself or politics. That the more personal section was drier than the more formal criticism is a huge weakness in this book.

I could grant that since I’m a straight man who wasn’t even alive during the height of the AIDS crisis, I may simply not relate. However, a book I reviewed, Valencia by James Nulick, centered around a gay man suffering from HIV, and I found that book very relatable and affecting.

The fact that this introduces Gonzalez-Torres’s more political works, and shows them to be terrible doesn’t help. A black billboard that does nothing but list various events and the years they happened in(simply called Untitled), to me at least, is just a dull thud of a piece of art. Not aesthetically pleasing, and so obvious with its meaning that it just makes it pretentious. Even Deitcher doesn’t seem all that interested in defending it. While he discusses the political context, it makes it seem like these are art in the way that a protest march banner is.